Rihanna can literally wear a potato sack and still look good. That was a popular opinion after fans saw her in the video of Calvin Harris’ This Is What You Came For. However, Rihanna is no longer the 20-something singer when she wrote her popular song Umbrella. So it is understood that the singer, 29, does not look very much like she used to. Nor is she meant to. Do YOU look the way you did at 20? Of course, people change with time and a human body’s metabolism only slows down with age. An average person’s weight is prone to fluctuations. However, this concept seems to be lost on some people.

Recently, Rihanna was spotted looking a little different than what she usually does. It was pointed out that Rihanna looked a little bit thicker and while Riri’s fans were all going all gaga over her new look, there were others who were as if they’d been waiting with their guns and knives to hit out at Rihanna. 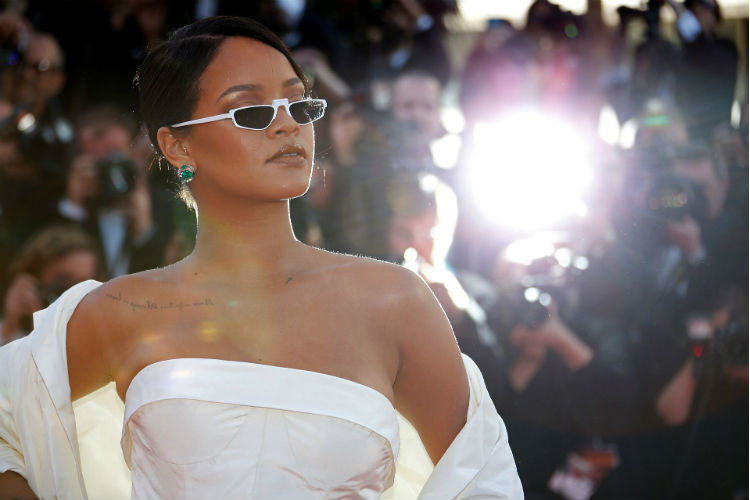 People on social media aside, an article written by Chris Spags for Barstool Sports ‘Is Rihanna Going To Make Being Fat the Hot New Trend?’ also seemed to mock the singer’s new look. It was taken down but it is still absurd for a person to be targeted for the way they look.

Is Rihanna going to make being fat the hot new trend? https://t.co/DnFdi9AZy3 pic.twitter.com/r6jed6wRiQ

Caught a lot of heat last night because I said I prefer slim Rihanna over fat Rihanna…*excuse me* “Thick Rihanna”…..Am I bugging? pic.twitter.com/wXETL8vvUu

Rihanna has to b pregnant pic.twitter.com/pcTXeVUCSM

The incident makes you wonder that if a slight shift in the Barbadian beauty’s weight can invite this much hate, where does the common person stand? Is it abnormal for a person to gain/lose weight? So what if she put on a few pounds, one can’t judge another person for something they have no control over. And it doesn’t mean that not everyone feels the pressure of looking a certain way. They do feel it and they don’t look like the designated “normal” but it’s a lot easier to point fingers at others.

On the other hand, it is not as if Rihanna has suddenly turned “plus-sized.” She may be thick-er but she is not thick! And to rename her ‘Thickanna’, celebrating her “thick” appearance, was a whole new low for people. Perhaps people have a crooked definition of normal body types. Does she look any different from an average person? No. But, since she looks so very different from the size zero models that we’re used to looking at on camera, obviously she deserves all the criticism, right? Heck, even Lady Gaga was once body shamed for her “belly fat”  when she literally looks like she should be on the cover of Vogue!

Gaga looked amazing and her performance was on point. and ppl are body shaming her. women can never win can they?? pic.twitter.com/wkSPccjF1W

It is crucial that people learn how important it is to separate the image of an average human from that of an average model. Not every woman has a flat tummy, not every man has six-pack abs and no not every person looks breathtakingly gorgeous (which, btw, Rihanna still does). The sooner body shamers get it through their heads, the better.