Bollywood export to Hollywood, superstar Priyanka Chopra has been inspiring millions of youngsters with her determination, good work and success story. Her journey from a small town in India to conquering the title of Miss World in 2001 and then from Bollywood to Hollywood has been one treading ahead with her hard work. Priyanka made a stronghold in the Indian movie industry giving brilliant performances in movies like Aitraaz, Kaminey, Fashion, Saat Khoon Maaf, Barfi,  Mary Kom before moving  on to Hollywood where she appeared in American drama thriller series, Quantico (2015) and then, acting in the much talked about movie, Baywatch (2017).

In the latest video posted by website, Goalcoast on their Facebook page, titled ‘Pave your own path’, Priyanka talks about her journey from Bollywood to Hollywood, from India to America and how compromise was never an option for her, be it work or on being herself. 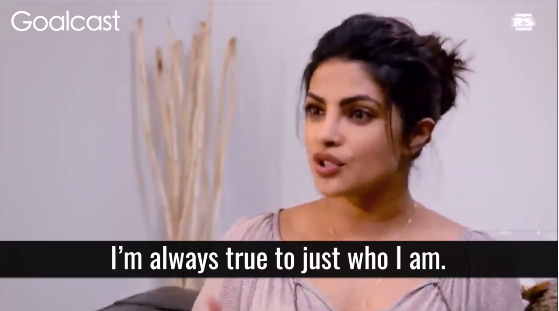 In the video, the actress talks about how she ‘never tries to please anyone’ and believes that one should pave one’s own path even if it means swimming against the current because that way can proudly own whatever little success one gets. She talks about how changing herself just because a few people don’t like her’ has never been an option for her and would never be an option for her.

(Also read: Amala Paul to Deepika Padukone: A guide for celebs on how not to hurt sentiments) 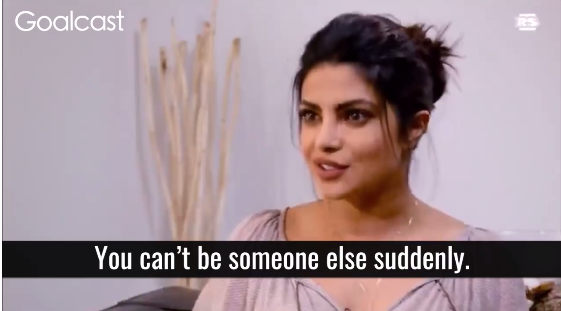 The video posted only recently has already collected more than 845k likes and over 11 k shares. There are many who don’t think she think her fit to lecture on a subject like ‘I am who I am’ (which is also an underlying subject of the video) because she underwent a surgery to change her looks sometime ago. Some of the comments are sadly pretty nasty: “Undergoing scissors and knife then claiming I am who I am…” and “She talks like she is curing cancer…(achievement , legacy ) just an actress…” 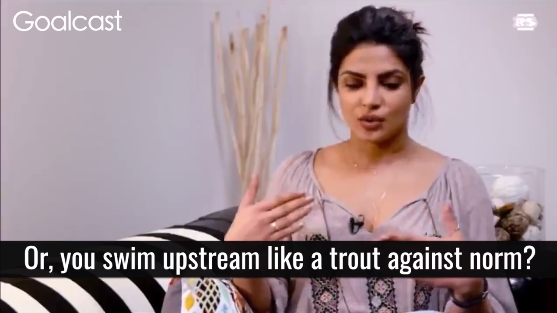 But, considering her huge fan following, many people are appreciating the video with comments like “I am who i am. If one thing i know is that, “my own people” will want to drag me to the ground but others will appreciate me.0 Priyanka keep been you!! Xoxo”. 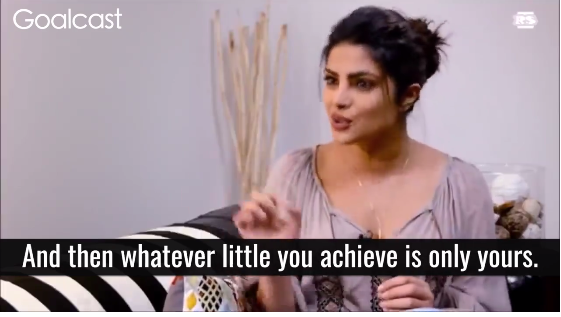 What do you think? Do let us know in the comments section below.