Bobby Deol, who has been the butt of all memes ever since his DJing debacle happened, has now opened up in a tell-all soul-baring interview with The Huffington Post.

The Birthday boy, who turns 50 today, has ruled Bollywood in the 90s with cult movies like Gupt, Aur Pyaar Ho Gaya, Soldier and others. Unfortunately, the actor, known for his long curled locks and suave looks back then, simply disappeared from the film industry when his movies starting flopping one after the other.

Even after being absent from the scene, Bobby became a rage on social media owing to his DJing debacle. The memes started pouring in, parody Twitter accounts were set up and Bobby became India’s favorite person to troll.

Now, Bobby has come out to speak about losing stardom, how he was on the verge of becoming an alcoholic, his bitter experience with Imtiaz Ali and much more.

Here are the excerpts:

On being probed about why he isn’t a ‘big-time’ star anymore, he was quoted saying –

“I guess I was too old-fashioned, couldn’t keep up with the quickly changing times. In my time, the 90s, everything was slow. People didn’t talk about themselves all the time. Your work did the talking. It was rare to see or access a star and that made being one very interesting. There was no social media, no internet, things were generally simpler. Suddenly, there was this transition and I couldn’t adapt to it.” 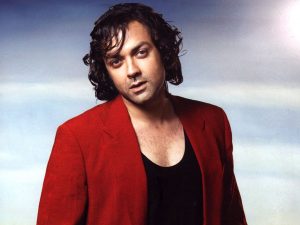 But now, I want to change that. I really, really want to change that.
I didn’t even realize when my career started slipping away. You usually don’t. Work slows down and before you know it, you are sitting at home more than hanging out on film sets. I used to ask myself: What’s wrong with you, Bobby? Why aren’t you getting work? Add to it the speculations and stories people spin around you.”

Bobby talked about his battles with alcohol and how his wife helped him come out of it.
“There was a particular phase where I turned to the bottle and was on the verge of becoming a total alcoholic. My wife, Tanya, who is the most beautiful person in the whole world, helped me out of it.” 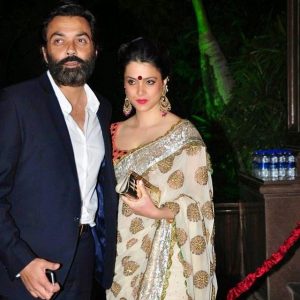 Quoting her, he said:

“WHAT’RE YOU DOING? THIS ISN’T GOING TO HELP. WHY ARE YOU BEING SO SELF-DESTRUCTIVE?”

Then he talked about the infamous DJing incident. He goes on to narrate the entire story and how he was conned into the gig by a guy. 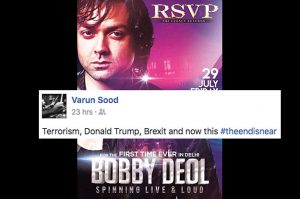 “Some dude approached me to show up at a club and advertised it as if I was going to be the DJ for the night. He told me about this but assured me that I don’t really have to play… It’s an intricate job, not everyone can just get behind a console and get on it. So I showed up thinking I’ll hang around and leave but I know it backfired. People made a lot of fun. Now, a friend of mine sings, ‘DJ wale Bobby mera gaana baja do,’ to me all the time.”

Bobby then goes on to reveal that he was supposed to be the protagonist in Jab We Met!

“I was also to do Jab We Met. Back then, it was titled Geet. I had seen Socha Na Tha and instantly reached out to Imtiaz saying that he’s an incredible storyteller with a terrific future. I told him that I wanted to work with him and he had the script of (what is now) Jab We Met ready. He was looking for financiers.” 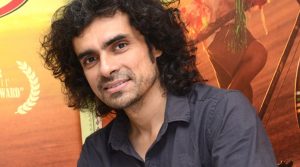 He adds – “Suddenly I read that Ashtavinayak has signed Imtiaz for Jab We Met and Kareena is doing the film! And she had gotten her then boyfriend, Shahid Kapoor to act opposite her. I was like, wow. Quite an industry. We were also to do Highway together but he again did his own thing. But I have no hard feelings against him. He is a great director and doing so well.”

He maintains that the actor-director duo are still friends and he still wants to work with him:

“WE’RE STILL FRIENDS. BUT I ALWAYS TELL HIM: ‘IMTIAZ, I WON’T WATCH ANY OF YOUR FILMS UNTIL YOU MAKE ONE WITH ME. THAT’LL BE YOUR BEST FILM.”

Bobby is currently gearing up for his comeback movie,Poster boys directed by Shreyas Talpade, which will see him as a school teacher.

Happy birthday Bobby and we wish you bounce back into Bollywood with a whole lotta pizzazz!