I don’t know what Starbucks was expecting when it came out with its brand new Unicorn Frappuccino but, it certainly wasn’t this. The latest beverage has gone viral and no, it is not for its rainbow colours or the fact that is is “made to be Instagrammed.” In fact, the frappuccino is doing the rounds on the internet for all the wrong reasons. Several consumers, including popular celebrities, like, Katy Perry and Stephen Colbert have given bad reviews to the drink. 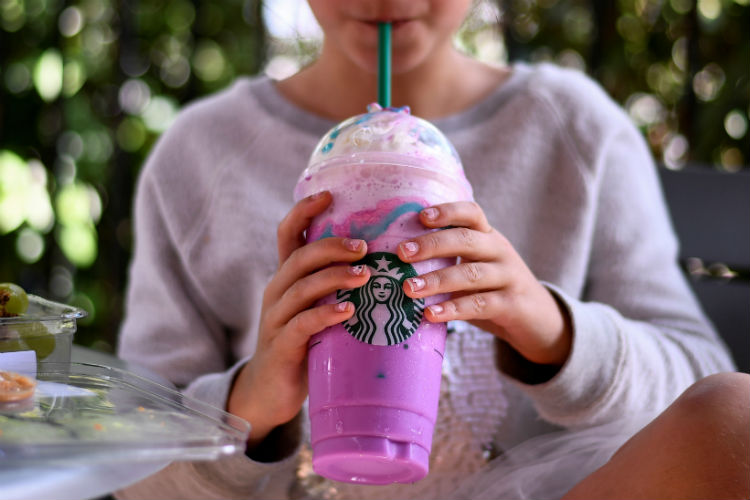 The “flavour and color-changing” drink has faced a lot of backlash for being a bit heavy on the sugar content. Pop singer Katy Perry posted an Instagram story where she takes one sip of the drink and immediately spits it out. “I couldn’t handle drinking my own blood,” she wrote.

#VIDEO | “I couldn’t handle drinking my own blood ” from @katyperry‘s instagram story pic.twitter.com/wBnusKsjt3

Comedian and talk-show host Stephen Colbert did a complete review as he took his first sip of the Unicorn Frappuccino on The Late Show with Stephen Colbert. He quipped, “I have no idea how many unicorns they’re grinding up for these things, but I’m guessing PETA is furious.” He then went on to bash the colour and flavour of the drink. “That’s a colour I can only describe as tumour,” Colbert said. “Tastes like I french-kissed Tinkerbell,” he added. Here’s the full video:

Professional chef Anthony Bourdain went a little overboard as he criticised the beverage. In a recent interview with Town & Country, he said “[It’s] like four things I hate all in one sentence: Starbucks, unicorns, and the colors pink and purple.” He added, “Also a Frappuccino! It’s the perfect nexus of awfulness. Just add pumpkin spice to that mix, and you can nuke the whole country.

The drink, that is only available until April 23, has been described as “blended crème is made with a sweet dusting of pink powder, blended into a crème Frappuccino with mango syrup and layered with a pleasantly sour blue drizzle” by Starbucks.