What’s the most bizarre reason you’ve given to your boss for a leave? A relative who died, was born, and then died again? Bitten by a rat or a bug? Because you want to eat chicken? Well, a cop in Uttar Pradesh has left everyone behind by writing on his leave application that he wanted to ‘expand (his) family’.

The newly-wed cop asked for a 30-day leave from his senior, starting from June 23. The Mahoba Kotwali police station in-charge, in turn, gave him a 45-day leave and forwarded his application by stating that it was for ‘family development’.

The leave application went viral on social media after which the constable, named Som Singh, denied having given such a reason. He claimed that the application was fake and that he took leave in order to construct his house. However, according to Navbharat Times, the letter was real. After the picture started doing rounds on the internet, Singh’s seniors asked him to change the reason and date of leave.

Meanwhile, the news left a few Tweeps in splits:

Seriously this is the funniest reason for seeking leave

Maybe another such gift when he becomes a father?

UP govt should make special provisions for that too.Also should gift a cow on wedding.

Anything can happen in Ulta Pradesh

That’s why its a month-long leave.

The cop is living a thug life.

If only all bosses were third-wheelies… 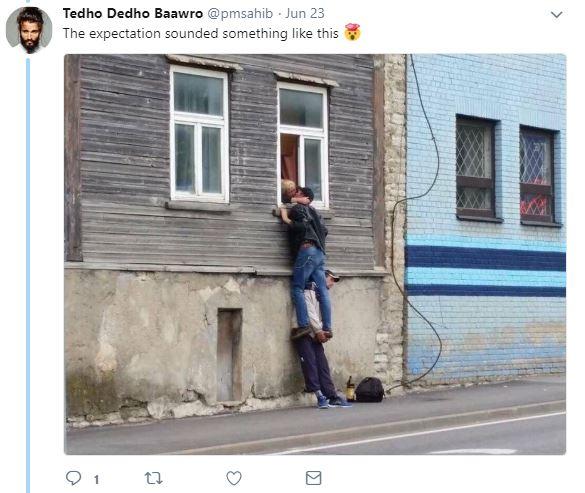