GUYS. Mark October 19, 2017 as a historical event of firecracker proportions. Select ‘day-long’ reminder because you totally want to remember and celebrate the fruition of all of your exemplary social media efforts. For on that day, a new image fell victim to the ‘India during Diwali’ syndrome.

Paolo Nespoli, astronaut with the European Space Agency, whose Twitter feed is a veritable goldmine of gorgeous photos from space (including a recent one of Typhoon Lan moving towards Japan) shared a throwback image of India on October 19 with a caption wishing everyone a Happy Diwali.

The image was originally posted by Nespoli on his Flickr account a few days ago on September 29th, and is therefore NOT a photo from space of what India looks like during Diwali. 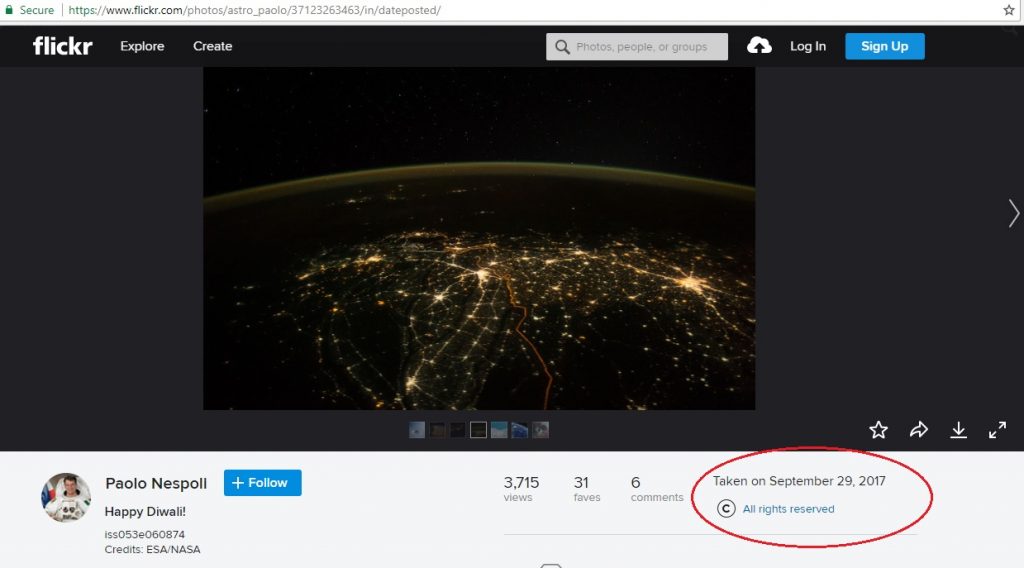 Here’s the tweet that’s behind a lot of incorrect headlines today:

The tweet has over 5.3K retweets and 8.6K favourites, in case you needed us to point out the obvious and the comments range from ‘wow’…

Thank you for the picture of India of Diwali night from space. #HappyDiwali #VITAmission

amazing click…. #HappyDiwali to u… one of the best pic of Diwali…

Looks real. Not on net. He is astronaut.

Thanku very much sir, and same to u
Very happy Diwali to u https://t.co/tnc520BEib

Here’s a fact. Just found out with the help of @PC0101
This photo was taken on 29th September. See here. https://t.co/qPewi6JbkB

After realizing that this pic is not taken on diwali : pic.twitter.com/IawH82rUej

But this lighting will be on any night across urban areas from satellite view. pic.twitter.com/X81trvgkef

An authentic photo, showing normal city lights / no #Diwali effect. The photos and all EXIF details also are available via NASA’s EOL site.

One image, so much entertainment. Looking forward to memes of the ‘latest’ Diwali image? Same, you guys. Same.