Ending round-the-clock rumours that had sent the world of technology into a tizzy for quite some time now, Apple CEO Tim Cook on Wednesday unveiled stunning iPhone 7 and iPhone 7 Plus along with next-generation ‘Apple Watch Series 2’ at the jam-packed Bill Graham Civic Auditorium in California.

Pre-orders for the iPhone 7 and 7 Plus begins from September 9 and the shipping will start from September 16 at first in 28 countries, with 30 more countries one week later, Tech Crunch reported. 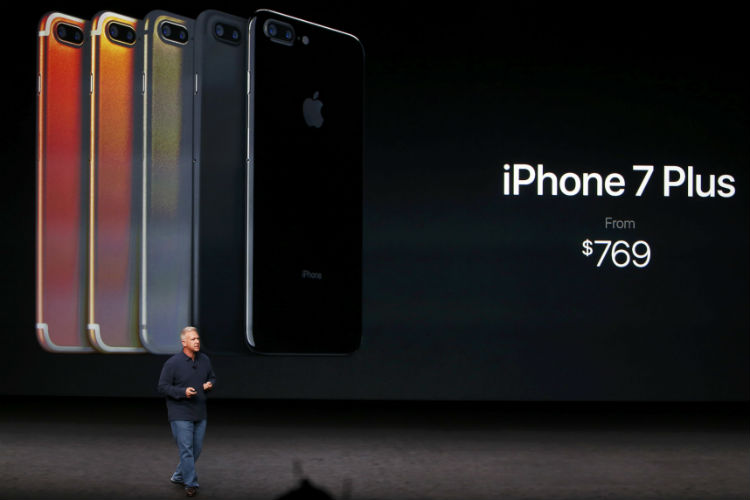 Apple’s twin-lens setup is wide angle and telephoto in the iPhone 7 Plus.

For actual, optical zoom, one lens handles 1x zoom; the other handles 2x, the report added. iPhone 7 Plus now has 10x zoom.

The camera app is getting a “portrait” mode that’ll use the dual-lenses and depth mapping to simulate the DSLR visual quality.

“We’re not saying that iPhone replaces your DSLR. We’re saying this is the best camera we’ve ever built in any iPhone. For many customers, it’ll be the best camera they’ve ever owned,” said Philip W. Schiller, Senior Vice President (Worldwide Marketing) at Apple. 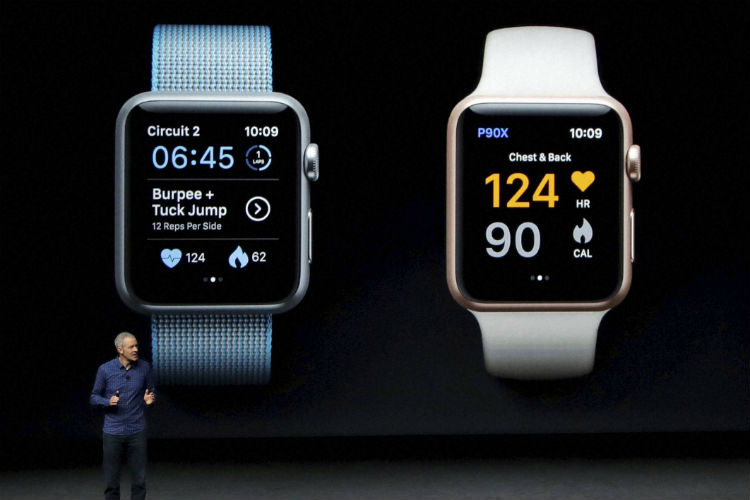 Starting at $369, the ‘Apple Watch Series 2’ will be water resistant to 50 metres and the speaker will literally repel the water like a piston.

Pre-orders for ‘Series 2’ will open on September 9 and the shipment will start from September 16.

The device will have a dual-core processor with GPU that is up to two times faster.

The second generation watch will have the brightest display ever (1,000 nits so that users can see it in full sunlight) and runs watchOS 3.

“If you’ve used a GPS Watch before, you know that sometimes it can take a while to connect to satellites. With Apple Watch, you just hit start and it’s ready,” Jeff Williams, Apple’s Chief Operating Officer, told the gathering.

The company also launched wireless headphones called Airpods that will cost $159. Infrared sensors will detect when the AirPods are in your ear. It comes with a compact charging case with 24 hours of additional battery charge. 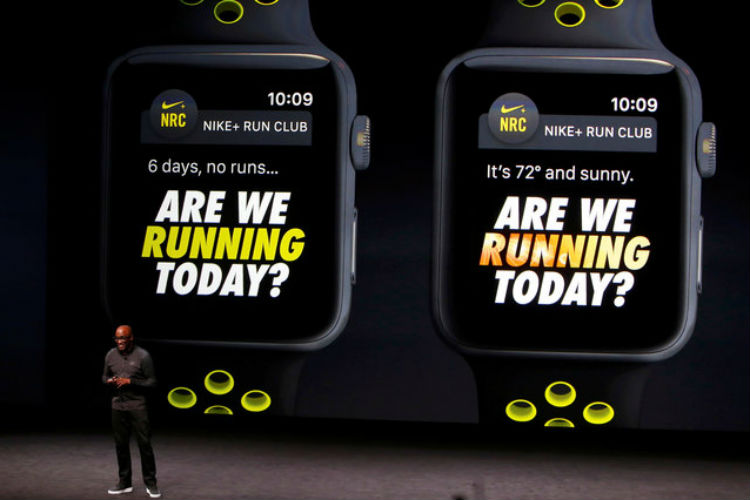 “Selling in just eight months of 2015, we became the second most popular watch brand [behind Rolex],” Williams said earlier.

“140 billion apps have been downloaded from the iOS App Store till date. In the last two months, we’ve seen [downloads] grow by 106 percent year over year,” Cook told the audience, adding that Apple App Store has seen two times as much revenue as our closest competitor.

Apple has sold over one billion iPhones till date.