After Samsung’s catastrophic stint with its flagship Galaxy Note 7 smartphone, the tech giant is now gearing up to test its fate with a brand new device- Galaxy S8.

Though the tragedy that involved a series of blasts dampened Samsung’s spirits by throwing a wet blanket at its soaring sales graph, Galaxy S7 provided it some respite in the testing times. And just when the dust around the incident began settling, rumours of new Galaxy smartphones have sparked the interest of the Samsung loyalist.

If the rumours are to be believed, Samsung is planning to launch its flagship phone Galaxy S8 around March 2017 and the smartphone is likely to feature a host of new features including an iris scanner, 3D touch technology and an intelligent personal assistant.

Here are some features that Samsung’s rebound phone is likely to feature: 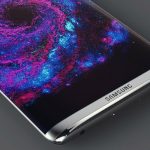 Display
Samsung Galaxy S8 is likely to feature a 4K resolution of 2,160*3,840 pixels. Another rumour from Weibo suggests that the Galaxy S8 could have a 2,160*4,096 display. Keeping up with its age-old tradition, the smartphone could still come in two size variants.

Camera
Expectations are riding high from Galaxy S8 and it wouldn’t be shocking if Samsung manages to pull off a giant camera in its upcoming device. Galaxy S8 is likely to feature a 12MP front camera and two rear cameras between 18MP and 30MP. The two cameras could allow more light to enter the lens and hence improve the camera quality. 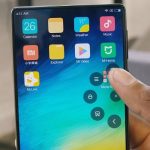 Battery and Storage
The word is that Galaxy S8 will get a powerful 4,200 mAh battery and internal storage capacity of 64/128GB that can be extended up to 256GB via memory card.

Processor
The rumoured smartphone is likely to get the most powerful chipset ever. According to Tech Radar, S8 will mostly likely feature 3.2GHz octa-core Snapdragon 830 processor or a more efficient Snapdragon 820 processor. However, another rumour suggests that the S8 might feature Samsung’s maiden Exynos processor.

As far as Graphic card is concerned, our little birds tell us Samsung is in talks with both Nvidia and AMD to build GPUs. Also, the phone could have 6GB RAM. 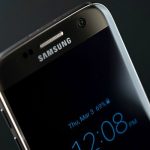 Special features
The most noteworthy features that the smartphone is likely to feature include- a 3D touch technology and a Siri-like AI. According to a report by CNET, Samsung has already filed a patent for a digital assistant called Bixby that could very well be featured in the new smartphone. Meanwhile, the winds that suggest Samsung swaying towards releasing a pressure sensitive display remain strong.