In an internal memo sent to its employees, Google chief executive Sundar Pichai said the company was “dead serious” about providing a “safe and inclusive workplace” and it has fired 48 employees for sexual harassment during the past two years and has not provided them severance packages, AP reported.

“We want to assure you that we review every single complaint about sexual harassment or inappropriate conduct, we investigate and we take action,” he wrote in the memo, which was co-signed by Eileen Naughton, vice president of people operations.

Pichai’s letter was in response to a report in New York Times claiming that Google paid Andy Rubin, the creator of the Android mobile operating system, $90 million (Rs 660.19 crore at current exchange rate) after he left the company in 2014 over an allegation of sexual misconduct. Additionally, the report also claims that Google also invested heavily in Rubin’s next project. 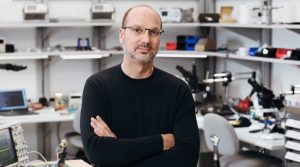 According to the NYT report, two unnamed Google executives said then-chief executive Larry Page asked Mr Rubin to resign after the company confirmed a complaint by a female employee about a sexual encounter in a hotel room in 2013.

A Google investigation found the woman’s complaint to be credible, the paper reported, but the company is yet to confirm this.

However, Rubin has dismissed the claim. A spokesman for Andy Rubin, the former Android executive, said he left on his own accord and has never been informed of any accusations of sexual misconduct.