The second day of the third India vs Sri Lanka Test at Feroz Shah Kotla, Delhi, took a dramatic turn after the visitors refused to play midway the game, citing smog as the reason. The Lankan players complained about having health issues due to the polluted air. They even wore masks to show the urgency to stop the game. The visiting team skipper Dinesh Chandimal spent a considerable amount of time to convince the match officials to halt the game. 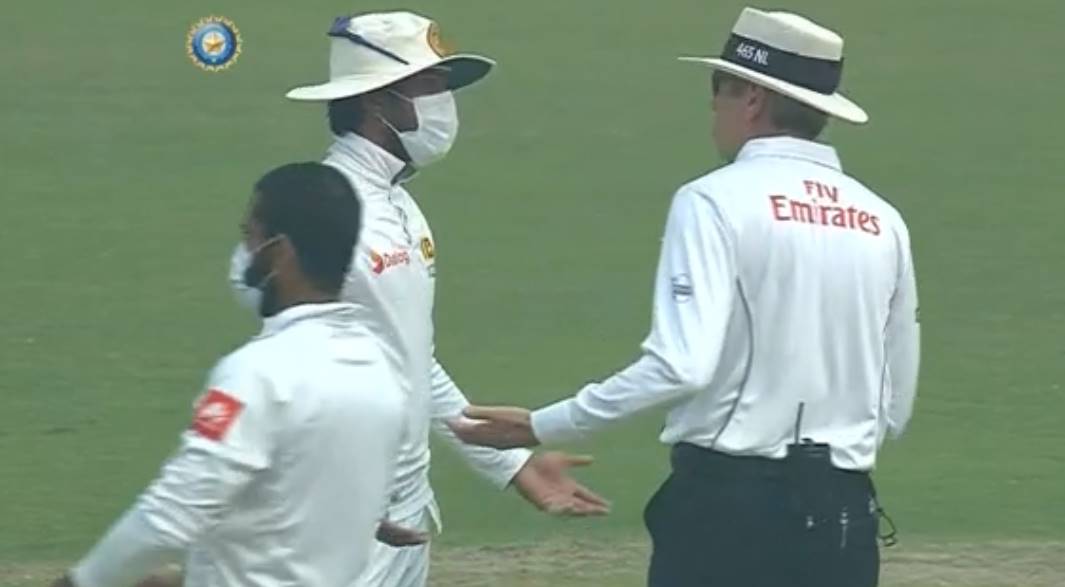 While the Sri Lankan players were busy with their tactics, Virat Kohli took a moment to lay down on the ground to stretch his leg muscles. 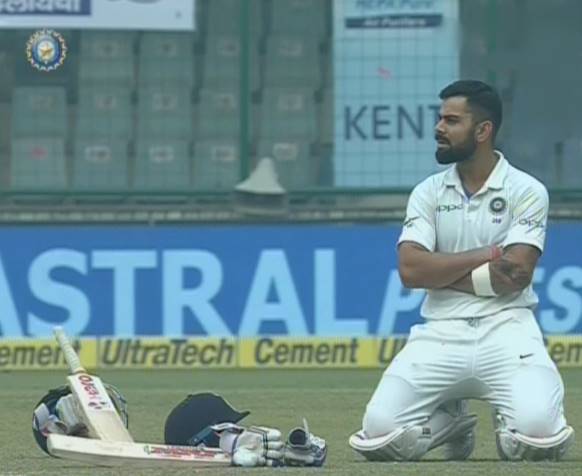 The game started after almost 16 minutes but a few moments later, Chandimal yet again approached the umpire with the same problem. Kohli, who was inching towards his 250, got furious with the delay. He was even spotted throwing away his bat in anger. 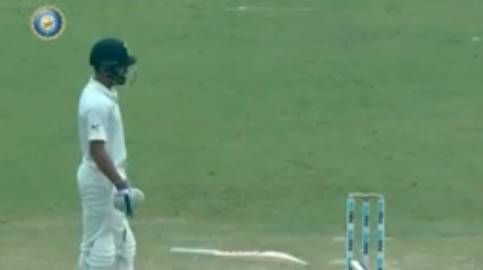 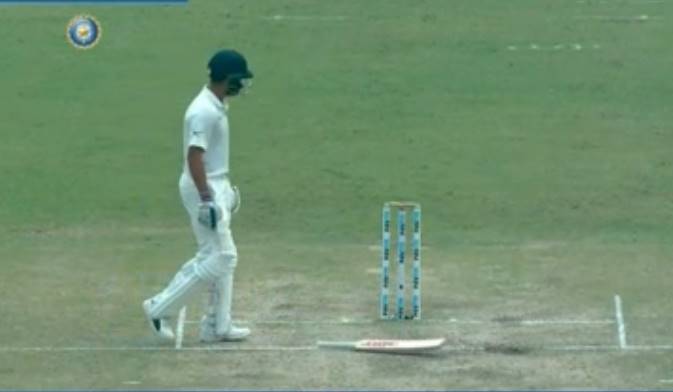 Besides the Lankan players, even the Sri Lankan team officials tried their best to convince the umpires to take a decision in their favour. 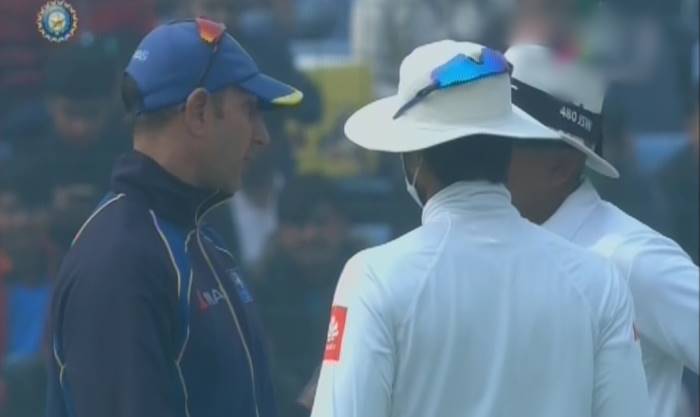 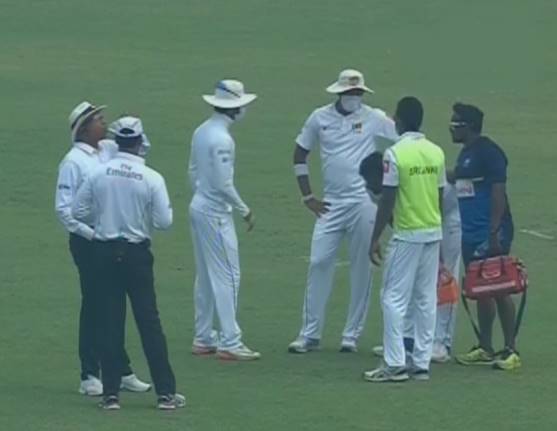 It was evident that the guests were deliberately trying to waste time and disrupt Team India’s concentration. When the game resumed after the 16-minute smog drama, India lost Ashwin (4) and later Virat Kohli (243). 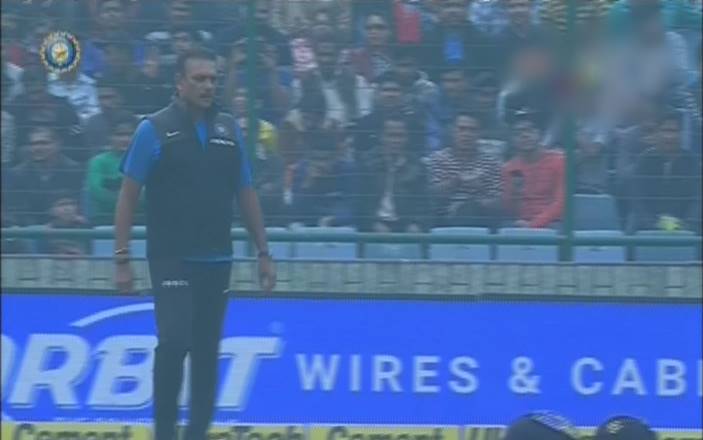 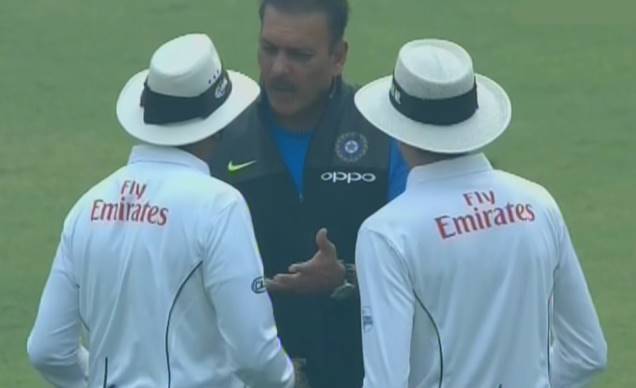 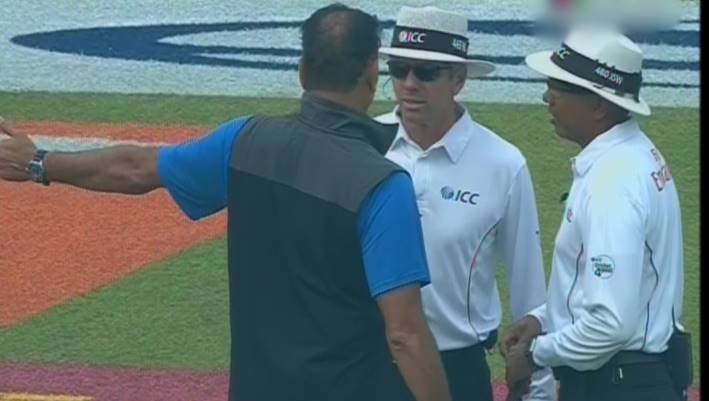 The situation quickly escalated and head coach Ravi Shastri had to intervene and talk to the umpires. Finally, a furious Kohli signalled Ravindra Jadeja and Wriddhiman Saha – ‘Declare and come back. We’ll bowl and show them!’ 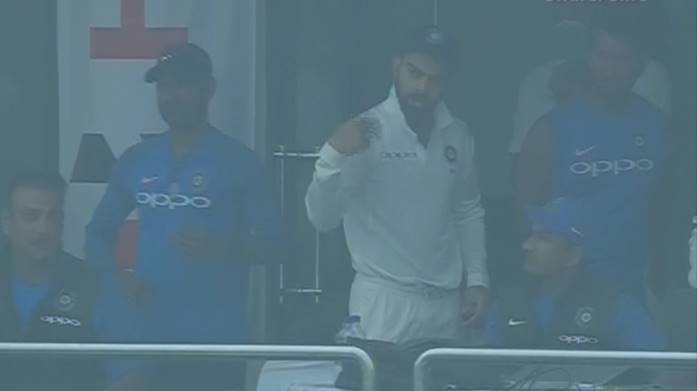 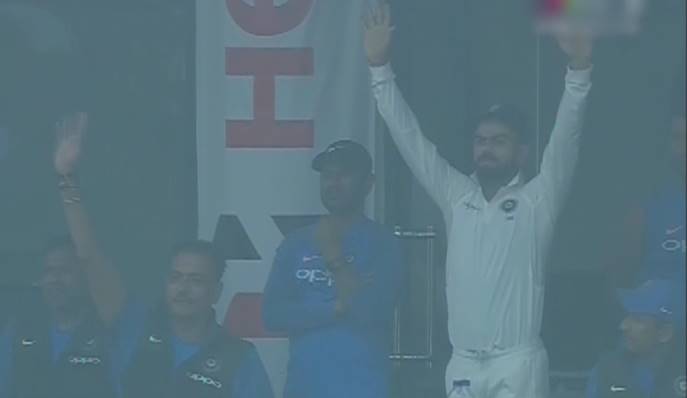 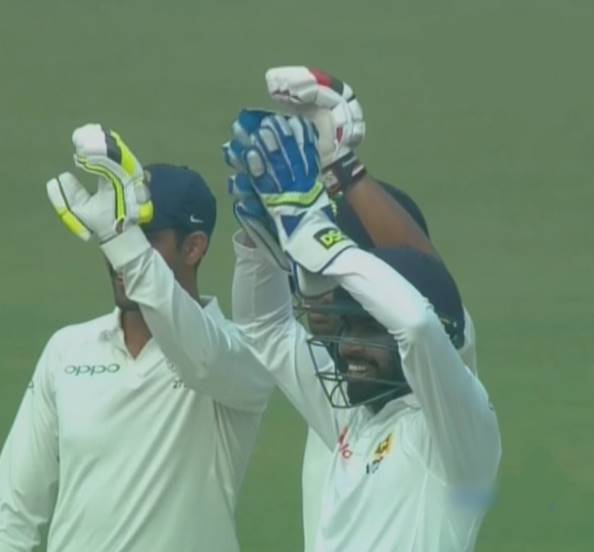 Here’s the full video of the entire episode: