External Affairs Minister Sushma Swaraj, who is known to use Twitter to help thousands of Indians in need without any fuss, has won our hearts yet again. This time, the minister came forward to help junior woman boxer Jhalak Tomar so that she could participate in an international boxing tournament. Mrs Swaraj helped the Indian athlete on one condition – she wanted the sportswoman to win a medal for India. 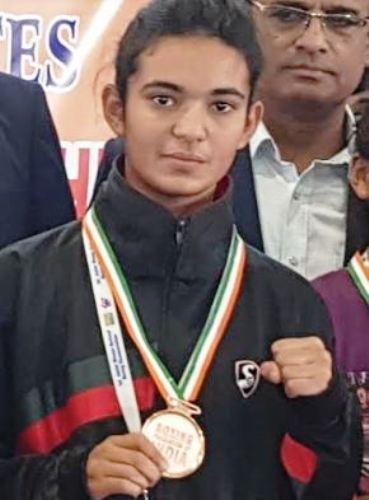 Jhalak Tomar hails from Muzaffarnagar who recently clinched a bronze medal in the the 54 kg weight category at the Junior Women’s National Boxing Championship. She was scheduled to leave for Nadvirna, Ukraine to participate in ‘Valeria Demyanova Memorial’, an international boxing championship. However, her passport issuance was delayed. Meanwhile a Twitter user named Aditi Sharma brought this issue under Swaraj’s concerned and tweeted:

@SushmaSwaraj Susma mam please help this india boxer too. She want to go to outside india for boxing match and she need quick passport . please help her too. Her contact number. 7417555556. pic.twitter.com/n9kjotB4z3

In response to Anjali’s campaign and tweet, Swaraj replied:

Jhalak – I have spoken on the given number. You will get the Passport tomorrow morning and you have to win a medal for the country. @Real_Aditi @rpoghaziabad

Hours later, Jhalak collected her passport from the Ghaziabad passport office while the moment was captured on camera. Swaraj once again took to her social media account to share the photo:

Jhalak Tomar attracted all the limelight after clinching the bronze medal at the Junior Women’s National Boxing Championship. She then was selected for the junior Team India camp and trained hard at the Hemraj Rashtriya Vyayamshala in Udaipur. Now after receiving her passport, she is all set to represent India on the global platform.