Serena Williams crashed out of the US Open, her semi-final defeat to Karolina Pliskova costing her a shot at a 23rd Grand Slam title and a record 187th straight week at number one.

Pliskova, the 10th-seeded Czech playing in her first Grand Slam semi-final, triumphed 6-2, 7-6 (7/5) and will face Angelique Kerber, the German who beat Williams in the Wimbledon final and who will supplant the American atop the summit when the new world rankings are released on Monday. 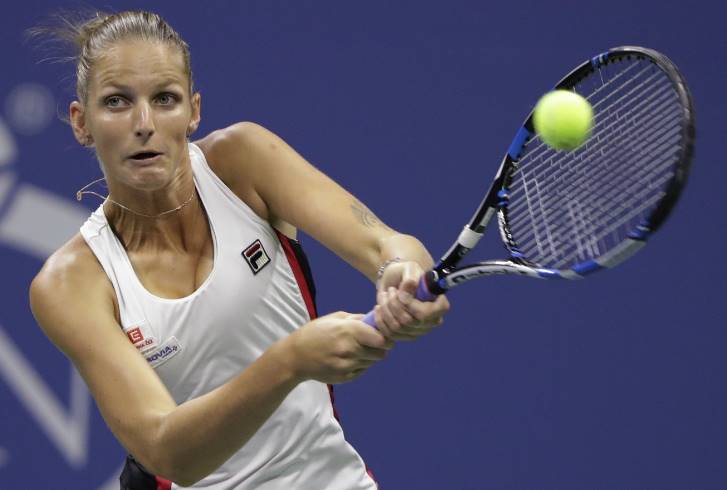 Karolina Pliskova, of the Czech Republic, returns a shot to Serena Williams during the semifinals of the U.S. Open tennis tournament, in New York. (Courtesy: AP/ Darron Cummings)

“I don’t believe it,” said Pliskova, who had never made it past the third round of a Grand Slam in 17 prior attempts.
“I knew I had the chance to beat anyone if I played my game. I am excited to be in the final and to beat Serena as she is such a great champion.

“Even when she was down a set and break she was still fighting. I had to fight hard to win.” Williams said she had been hampered by a sore left knee since earlier in the tournament. Although it was a distraction, she said Pliskova earned her victory. 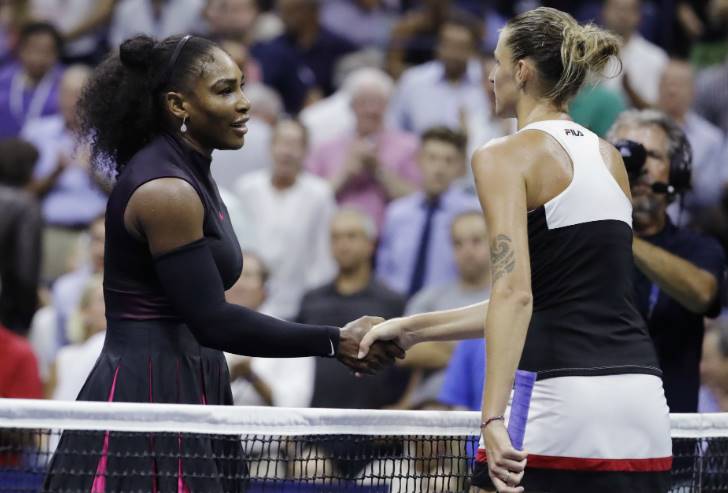 “Karolina played great today. I think if she had played any less then maybe I would have had a chance,” said Williams,
who with one more Grand Slam title will move out of a tie with Steffi Graf for most in the Open Era. “So I think I wasn’t at 100 percent, but I also think she played well. She deserved to win today.”

Pliskova, who survived a match point en route to a fourth-round victory over Venus Williams, was nearly betrayed by her nerves as up 3-0 in the tiebreaker she produced three errors, including a double-fault.
Williams led 4-3 and 5-4 in the decider but couldn’t hang on, Pliskova taking it when Williams delivered her sixth double-fault of the match. 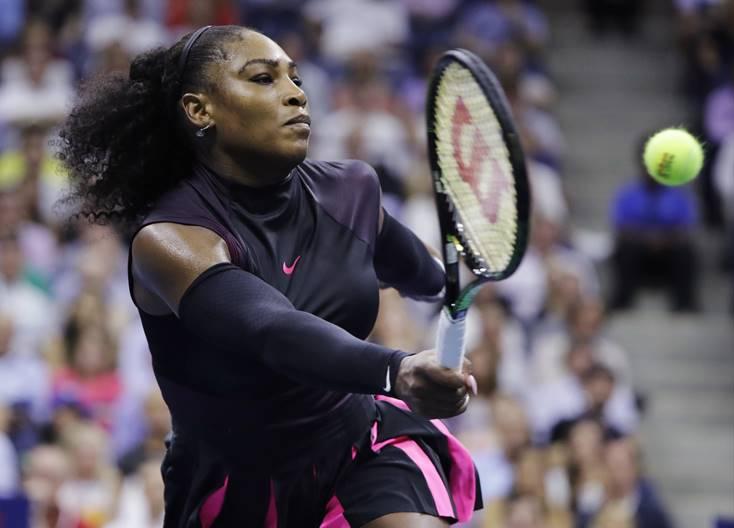 Serena Williams returns a shot to Karolina Pliskova, of the Czech Republic, during the semifinals of the U.S. Open tennis tournament, in New York. (Courtesy: AP /Darron Cummings)

While Williams’s serve has long been reckoned the most powerful weapon in women’s tennis, 11th-ranked Pliskova came into the contest boasting a tour-leading 439 aces.

In a duel of power-hitters where protecting serve was crucial, Pliskova gained the upper hand with a break for 2-1
in the first set and Williams gave her a chance to serve it out with a shocking seventh game that started with a double-fault and continued with three errors to grant Pliskova a 5-2 lead.

Pliskova pocketed the set in 26 minutes without facing a break point.