In a country of 1.3 billion people, there’s a man who has the power to unite the entire country and at the same time bring them to a standstill. Sachin Tendulkar is just not a name. He is a nation’s heartbeat. Often referred to as God of cricket, his presence in the team was good enough to unnerve the opposition. He is one of those rare cricketers who has not one or two but the entire world as his home ground. Wherever he played, chants of “Sachin, Sachin” would never cease to exist. This day, three years ago, the Master Blaster played his last international match before he hung up his boots.

Having represented India for more than two decades, Sachin Tendulkar became a synonym to Indian cricket. Such is the aura of the batting maestro that watching him bat was a ritual for all his devotees. Suddenly, one would see thousands of people turning on their TV sets as soon as they got to know that India are two wickets down in a Test match. For most, the entire match lasted as long as Sachin Tendulkar batted. Till the time he was on the crease, everyone gazed in awe. It was only when he would get out, people would go on to resume their work. 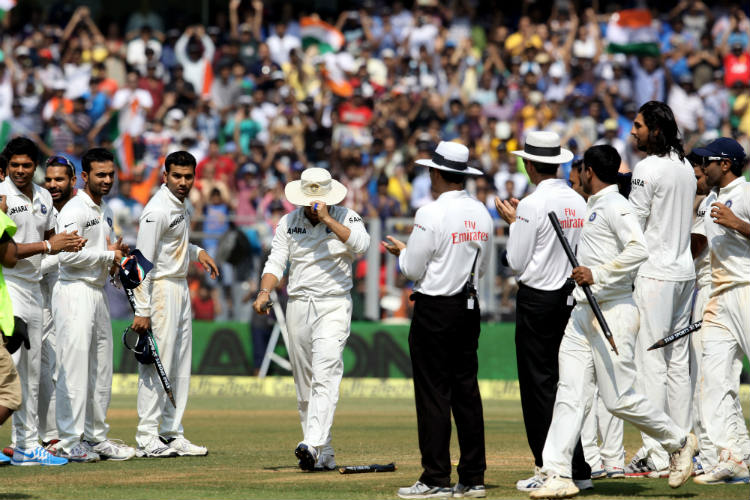 Sachin played his 200th and last Test against West Indies at his home ground, Wankhede in Mumbai. Everyone was gutted when he was out on 74 and missed scoring a century in his last international innings. But in his farewell speech, he missed no one. Watching the speech made everyone emotional, even the living legend himself. As to why he is revered, it is simply because of his humility. He has achieved everything yet he is as grounded as he was during his formative days. Sachin, we miss you. Indian cricket changed the day you made your debut and it changed again once you retired. No one can or ever will be able to replace you.  You have left a void in Indian cricket that can only be filled by your thoughts and memories.