For cricketers Rohit Sharma and Virat Kohli, 2017 was a year to remember, as they scored astounding numbers and broke records. This compels us to compare the two top order batsmen of India. Meanwhile, former cricketer Sandip Patil has drawn comparisons between the two-star players and feels Sharma is better than Kohli. This observation comes as a surprise since Rohit has not even regularly featured in Tests.

In his defence, Patil said,

“Virat Kohli fans might not like it but I have to say Rohit Sharma is currently the better batsman. Virat is definitely a great batsman, no doubt about it. He is India’s best Test batsman but when it comes to limited overs cricket, Rohit is ahead of him. I’m sure Virat’s going to come back from the break and score lots of runs in South Africa but when we talk about limited-overs cricket this year, Rohit has been unbelievable. People may say he has played more matches against Sri Lanka but so has Virat. Whether he is playing only as a batsman or as captain Rohit has proved he is best at the moment.”

Kohli has scored 1,460 runs in 26 matches and sits atop the run-getters list of 2017. He averages a staggering 76.84, which comprises of six hundreds and seven half-centuries. In contrast, Rohit is second with 1,293 runs in 21 matches and averages 71.83. He also has six hundreds, but has two fewer fifties than his captain. Kohli, as the numero uno in this list, naturally gains precedence over Rohit, who stands at number 2. Not a lot separating the two, but Kohli is still ahead of him in this race. 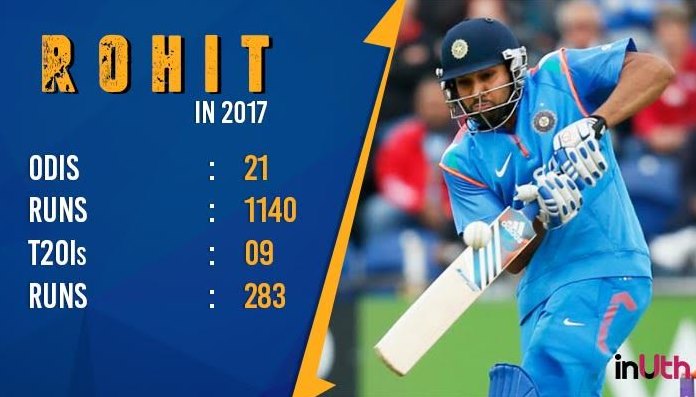 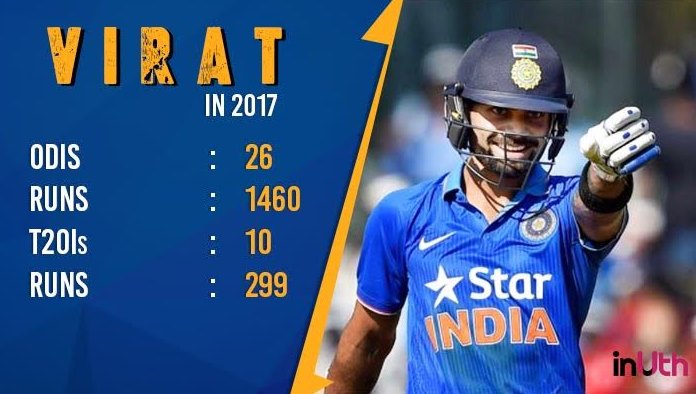 ALSO READ: #Yearender 2017: From lowest team total to most wickets taken, here’re the records set in cricket this year

Now, Team India will be leaving for South Africa to play a 3-Test match series. The first Test is scheduled on January 5 in Cape Town.