‘Successful athletes are never born great but are trained by great coaches’. This quote seems to fit perfectly with five powerful stories of athletes who, having been fiercely trained and nurtured by sturdy coaches, went on to become legends in their field. Unfortunately, the coaches largely stay behind the curtains and are rarely credited for the success of the athletes they trained. How many of us know who was Muhammad Ali’s trainer? Even many ardent fans of cricket won’t know who the coaches are of international teams. The hit biopic of M.S. Dhoni which got released this year, MS Dhoni- The Untold Story, emphasized the importance of having a good coach who can spot the strengths and make the player tap it early. Had MS Dhoni’s coach advised him to pursue football (as he was a good goalkeeper), the world would have never seen the cricketing phenomenon, and perhaps there wouldn’t have been a helicopter shot.

Here are 5 powerful stories that will break the myth, ‘athletes are born great’!

O.M. Nambiar, who fuelled the Payyoli Express, P.T. Usha: P.T. Usha, one of the most famous runners the country has ever produced, was a hardworking athlete who ran alongside trains as a method of training. She was spotted by O.M. Nambiar, who saw her take part in the National School Games in 1979. Seeing her perform at the games, he decided to take her under his wings and train her. It was then that the Kerala-born athlete pushed herself and went on to bag medals at big events.

Nambiar is the first ever winner of the Dronacharya award, owing to his services to athletics as a coach. 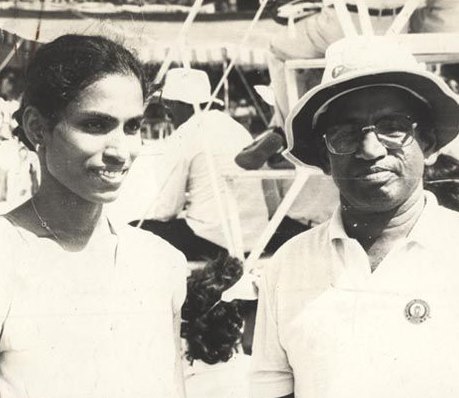 Ramakant Achrekar gifted the world, Sachin Tendulkar: This is a tale that is well-known in the cricketing circles of Mumbai. Sachin Tendulkar is one of the greatest cricketers to have ever played the game. He has the record for the highest number of runs and centuries. But was he born talented? Not really. It was the consistent practice which helped Sachin reach the heights in cricket.

It was Ramakant Achrekar who first spotted the hunger in Sachin to succeed. He then guided him and nurtured his raw talent into a cricketer set new heights in the game. It was Achrekar sir, as Sachin calls him, who used to carry him around the maidaans in Mumbai, meeting different people and sportspersons. According to an anecdote, Achrekar used to place a coin on the stumps. If somebody got the wickets, he kept the coin and if that did not happen during the game, then Sachin kept it. Sachin still cherishes the coins he won during his early years. 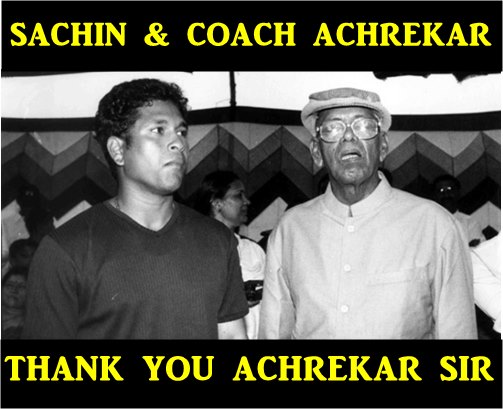 Pullela Gopichand gave India shuttle queens, Saina Nehwal, P.V. Sindhu: Also called Guru Gopi by few, the former All England Badminton champion is the one who chiselled the raw talent in Saina Nehwal, who went on to win bronze at the London Olympics 2012. He also trained a rookie P.V. Sindhu and turned her into an Olympic silver medallist in Rio Games 2016. 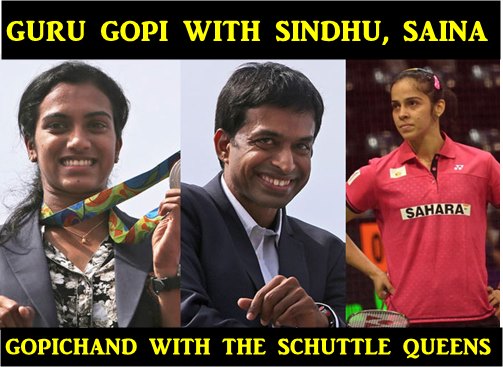 L. Ibomcha was the one who gave us Mary Kom: Ibomcha Singh was a National Games gold medalist in boxing. After retiring, he took to coaching boxers in his home state of Manipur and that is exactly where he created his protege, the Olympic bronze medal winner MC Mary Kom, who became a household name after the release of her biopic.

Richard Williams trained his daughters, Serena and Venus to become slam champs: The William sisters are few of the most feared tennis players in the women’s circuit. They have major slam titles in their kitty. But how many know that it was their father who helped them climb heights in the tennis world? Richard Williams started playing tennis after he heard a TV broadcaster say that a tennis player earned thousands of dollars a week. He first learned the game himself, then chalked out a 78-page plan on how to train his daughters, who, in turn, went on to become Wimbledon champions. 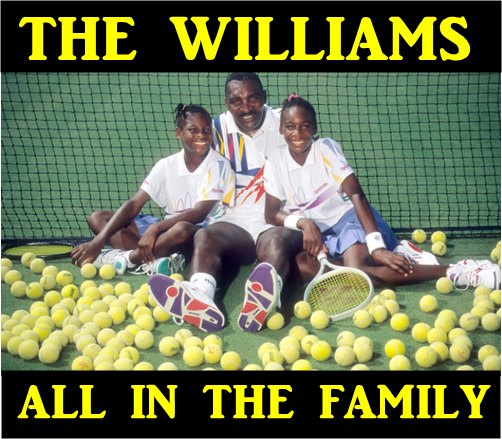 William sisters with their father

These are just five of many, many such tales, but we felt this was the best of the lot.