After four successful and action-packed editions of the Pro Kabaddi League, PKL is back with its fifth installment, starting from the 28th of July. This time as its promise from last year, is going to be bigger and better. This year four new franchisees are added, which makes it 12 teams from eight we had last year. The auctions also took place where 227 players went under the hammer. So a lot of re-shuffling has happened. For example Nitin Tomar, who fetched Rs 93 lakhs at the auctions is now a part of the Uttar Pradesh franchisee and not the Bengal Warriors. It will be 12 teams from 11 states, that will lock horns. With the introduction of four new teams – Haryana Steelers, Gujarat Fortunegiants, UP Yoddha and Tamil Thalaivas, this season will be long, it is a two-month long process. In this piece, we introduce you to the captains and give you some knowledge of their strength.

Anup Kumar (U Mumba): Everything has changed, but captain of India is also the captain of U Mumba. Kumar has been the captain of this team, since the inception of the league. Kumar is a steady head and can raid as well as defend. He is shrewd and can tactically win battles. Him as the leader of the pack will bring unity in the team. 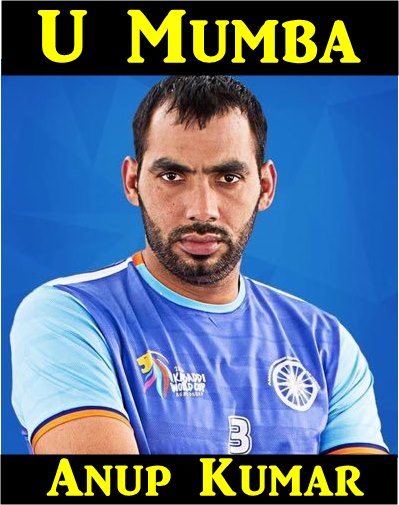 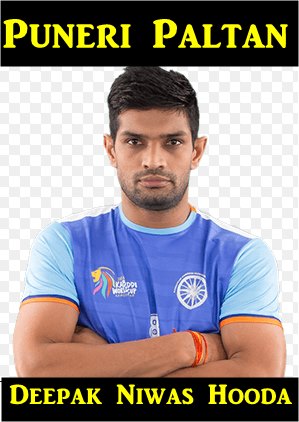 Jang Kun Lee (Bengal Warriors): This Korean has been a star in India and a crowd favourite. He will be leading Bengal in the absence of Nilesh Shinde. He is a super raider, with a lot of tricks up his sleeve. In 51 matches, the Korean star raider has 262 points to his name. He has made 18 successful raids. 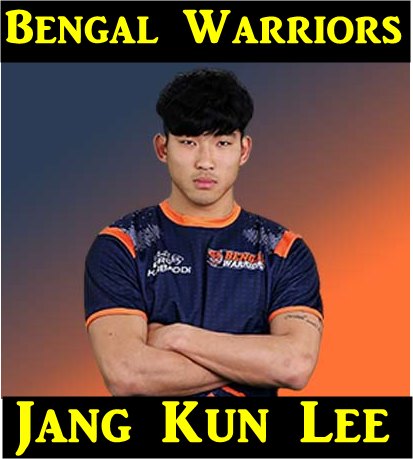 Jasvir Singh (Jaipur Pink Panthers): One of the most experienced and senior player in the circuit, he has tasted success with the same team in the inaugural edition. He will again be leading the Western franchisee. He can attack and defend, that is what makes him dangerous. In 46 matches he has made 695 raids, where he has taken 277 points. He also has 23 defence points to his name. 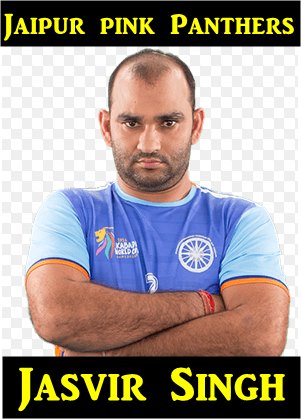 Meeraj Sheykh (Dabang Delhi): A Delhi player in the last seasons, the Iranian will be leading the capital, Delhi. He is good at defence and ankle holds and equally good at raiding. In 42 matches, he has 119 raid points and a sum of 42 defence points. 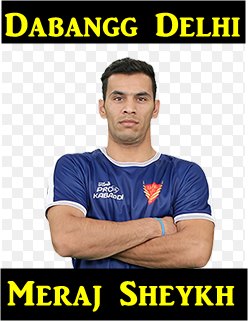 Surender Nada (Haryana Steelers): The brand new frachisee will be led by the experienced Surender Nada. Surender’s compatriot Wazir Singh was named his deputy, according to a statement from the franchise. Nada is a raider who previously represented the Bulls. 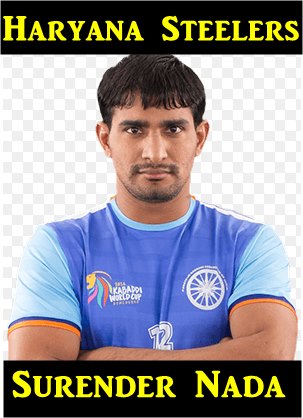 Nitin Tomar (UP Yoddha): The Bengal raider will now represent a new franchisee as a captain. He will ironically represent his birth state of Uttar Pradesh. A star for Bengal and the highest paid player at the auction with Rs 93 lakhs. After missing the first two seasons, Tomar has claimed 115 points. He is also a navy officer. 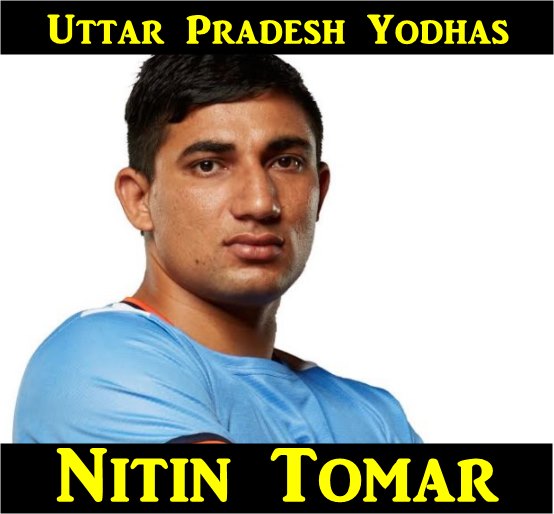 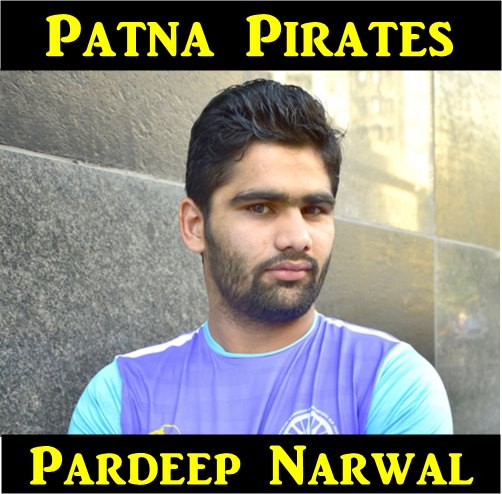 Rahul Chaudhari (Telugu Titans): He is the blue-eyed boy of Indian kabaddi. He will again be in charge for the Telugu Titans. The star performer has so far scored 517 points. He was named the Most valuable player in season 1 and four. There will be a lot of eyes on him. 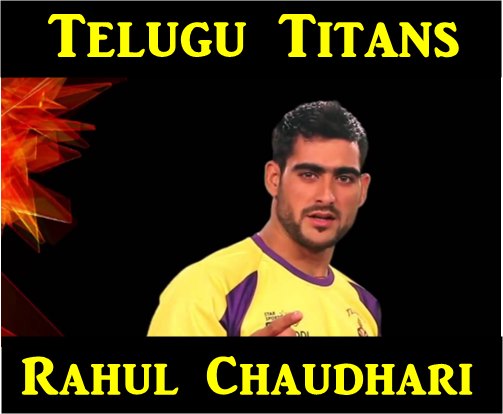 Rohit Kumar (Bengaluru Bulls): The beefy raider can scare and make inn-roads into any defense. But he went through bad form in the past but his fortunes changed once he joined the Bulls. Considered to be one of the star performers in the history of PKL, Rohit has scored 209 raid points. 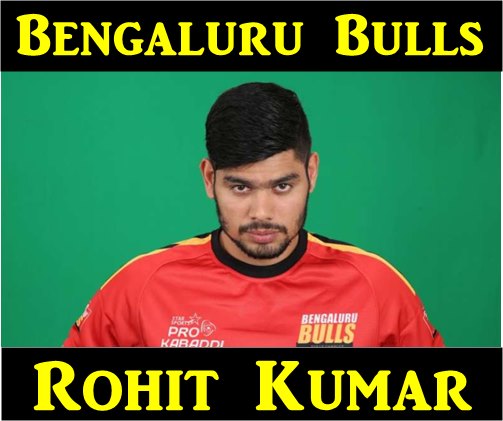 Sukesh Hegde (Gujarat Fortunegiants): This is again a new franchisee and the experienced Telugu Titans Sukesh Hegde has been given the responsibility to lead the franchisee. This team also has Fazal Attrachali who can create the opportunities in defence. A team that cannot be taken lightly for sure. 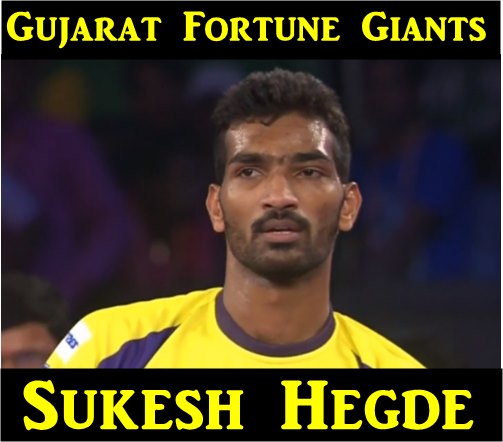 Ajay Thakur (Tamil Thalaivas): A former U Mumba player, full of experience. Hailing from Haryana, Ajay has taken 327 points in PKL history. He can raid and do it swiftly. This is a new franchisee, hence they will take their time to combine quickly and gel well as a team. 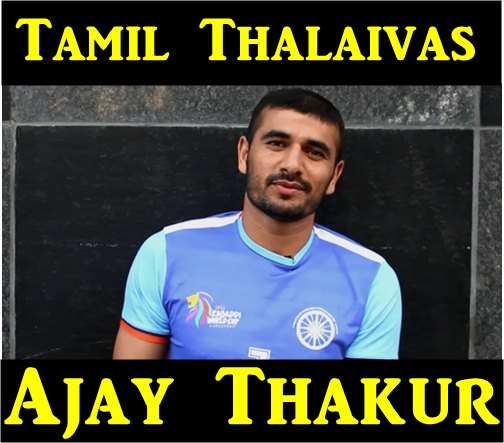