‘9.58 – BOLT, A CHAMPION’! The entire world is going to witness the fastest man on earth running for the last time on the racing track. Jamaican star sprinter, Usain Bolt is all set to take part in the last racing event of his career on 5th August. 30-year-old Bolt will participate in the 100m and the 4X100m at the World Athletics Championships at Stratford’s Olympic Stadium in London.

For the last time, Usain Bolt will run a solo race at the 100m final at 9.45pm on Saturday, August 5. He will bid adieu with a lot of memories which includes eight Olympic gold medals over the past three summer games. 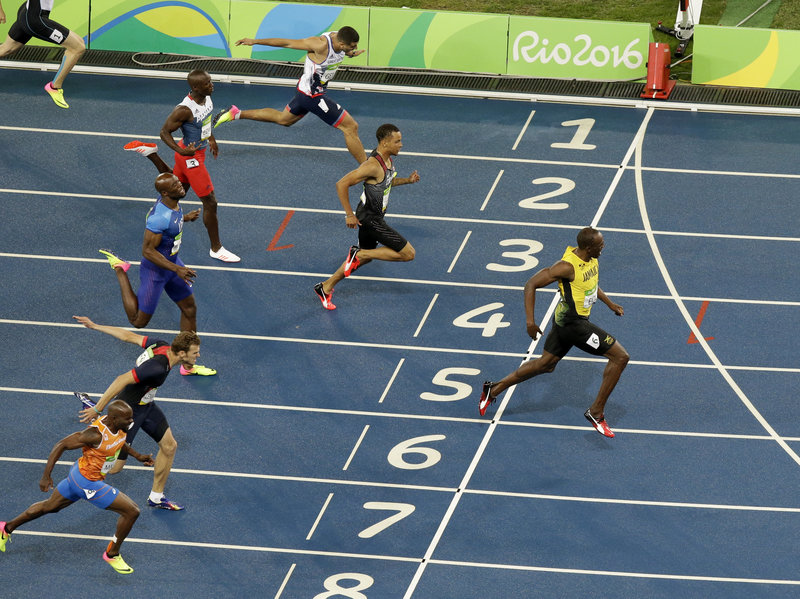 Until this year, Bolt had 9 gold medals in his name. The hallowed Triple Triple he won in the 100 meters, 200 meters and 4 X 100 relay in three straight Olympic games – 2008, 2012 and 2016. Unfortunately, his medal count was reduced by a medal when one of his teammates from the 2008 Jamaican relay team tested positive for a banned drug. His urine sample was analysed again by the International Olympic Committee in 2016.

Usain Bolt’s first Olympic appearance was in 2008 in the Beijing Olympics. The 6 foot 5-inch tall Jamaican athlete was a new entrant then in the 100 m circuit. After 9.69 seconds, the event completed and a new sprinting star was born who set the world record. And a year later, he smashed his 2008 Olympic world record times in both the 100 meters and 200 meters.

Bolt recently arrived London to take part in the World Athletics Championships and also interacted with the media personnel. While speaking to them he said,”If I show up at a championship, I’m confident. I’m fully ready to go.”

The World Athletics Championships will be broadcast live on BBC.

BBC 1, BBC 2 and online will provide full coverage of the event.