Two back-to-back Sundays and two title victories for India’s ace shuttler Srikanth Kidambi. First, he won the Indonesia open title on June 18 after defeating Kazumasa Sakai of Japan and later, on June 25, he clinched the Australian Open Super Series as he defeated Chen Long of China. And as soon as he returned to his home in India, the state government of Andhra Pradesh showered numerous awards on him. Since the Andhra boy made his country and state proud, has been awarded Rs 50 lakh and a 1000 square yard plot in Amaravati region by Andhra Pradesh Chief Minister Chandrababu Naidu on June 29.

After beating the Olympic Champion Chen Long on June 25, Sreekanth recorded his first win over the sixth-ranked Long, having lost to the Chinese in all their six meetings before. He defeated Long 22-20, 21-16 in his third straight Super Series final.

Srikanth Kidambi jumped to number 11 ranking after he won the Indonesian Open title on June 18. He eliminated the World No. 1 Son Wan Ho of South Korea in the second round of the tournament and entered the quarterfinals of in Sydney. That particular victory was his second victory over the South Korean shuttler Son Wan Ho in two weeks. He had beaten Son Wan Ho by 21-15, 14-21, 24-22 in the semifinals of the Indonesia Open.

Prior to this award from the Andhra Pradesh government, Srikanth Kidambi received another award which was given by the Gopichand Badminton Academy and the Badminton Association of India. The 24-year-old India shuttler received the cash prizes worth Rs 3 lakh and Rs 5 lakh respectively from both the badminton associations. 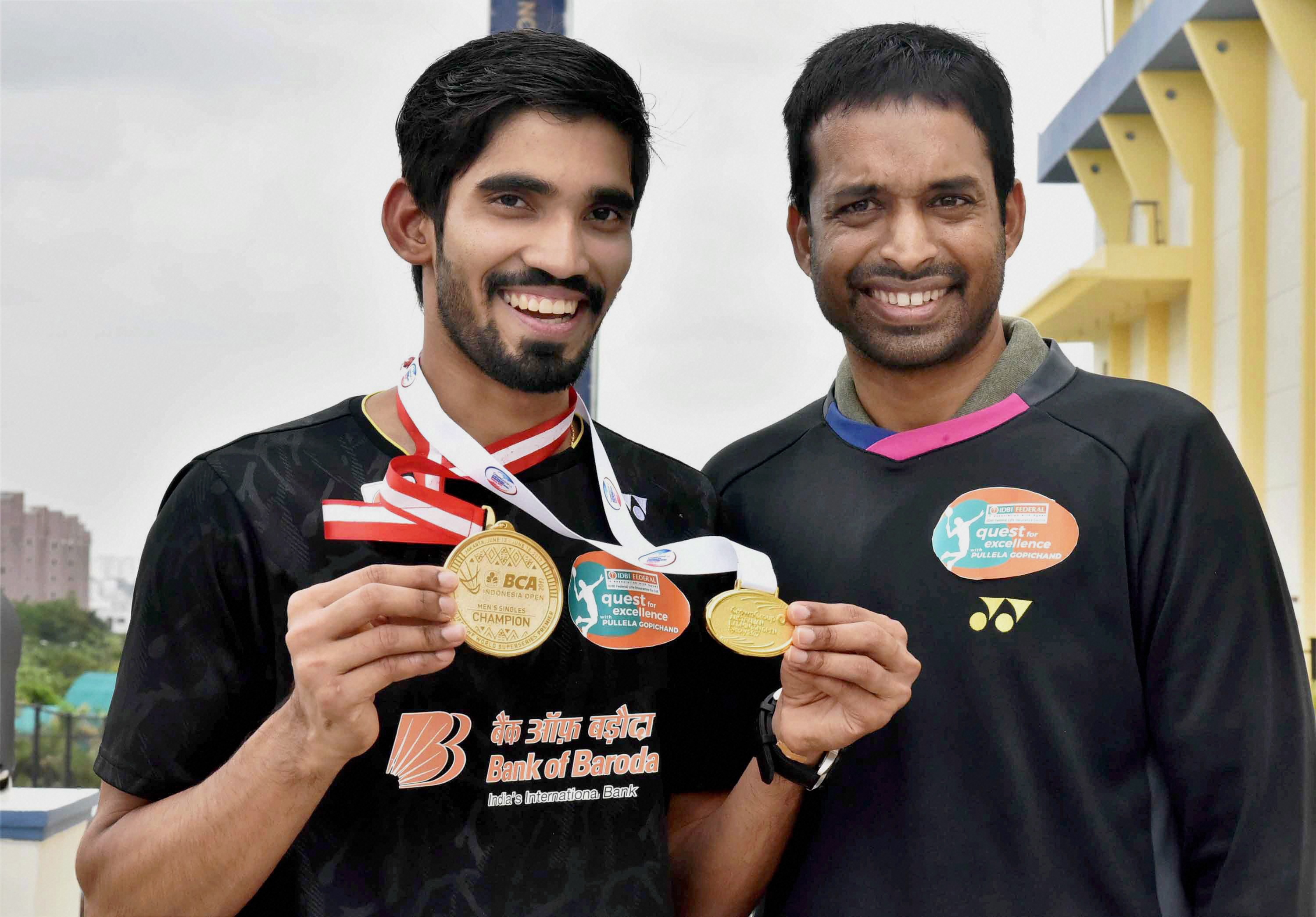 Earlier, after he won the Australian open title, the people in social media erupted with joy and many big names including Prime Minister Narendra Modi and Sachin Tendulkar wished the young badminton on Twitter.

Humbled with Sachin Tendulkar’s message, India’s star shuttler took to his Twitter account and wrote: “@sachin_rt Thank you sir. Your tweet is like a billion wishes for me. Will keep giving my best for the country.”