On the second day of the Pro Kabaddi League (PKL) 2017, Dabang Delhi KC defeated the inaugural season champions Jaipur Pink Panthers in a nail-biter game by a narrow margin of 30-26. Jaipur skipper Manjeet Chillar won the toss and selected the court. The Delhi boys though opened the points tally but they lost the control somewhere in the first half. However, the way they came back in the second was extraordinary and smashed the Rajasthan opponents by a mere 4 points.

After the first half, 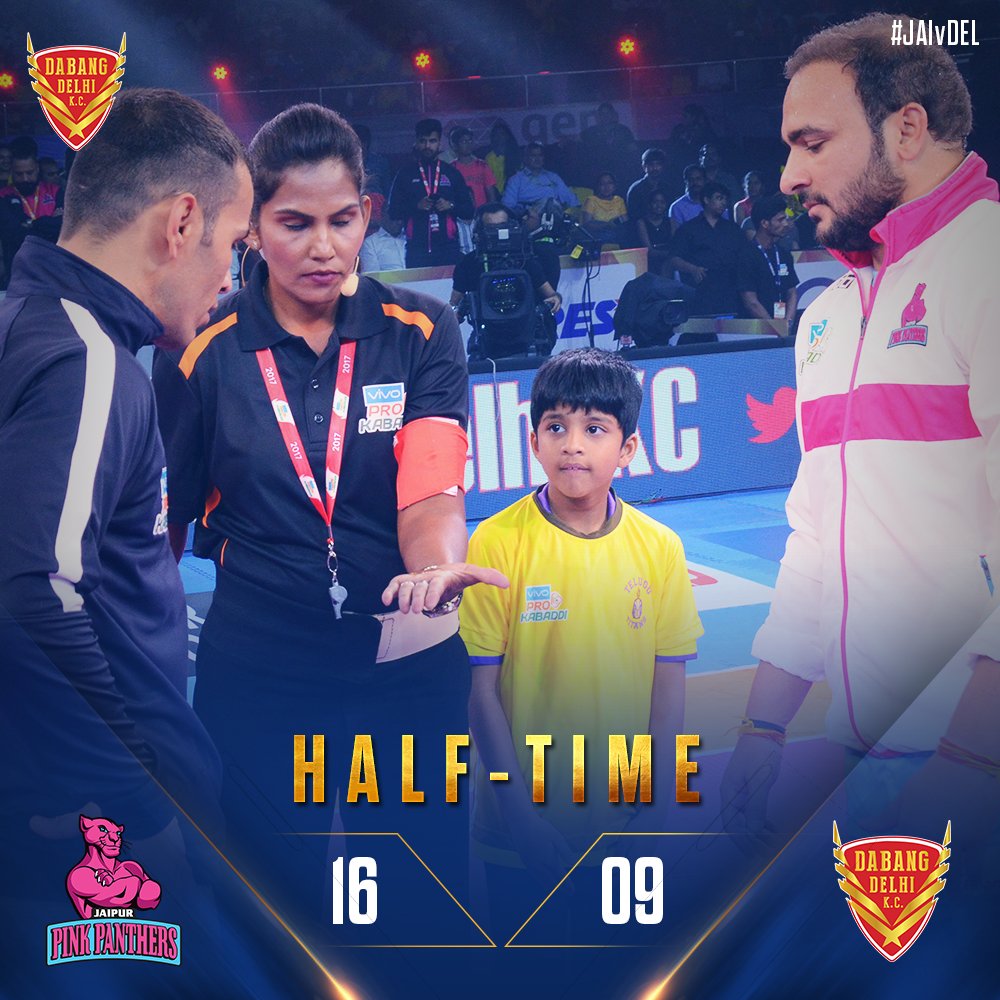 Surprisingly, the game turned completely upside down as the Delhi has got the control back. The players made a fantastic comeback which was full of efforts. Within first five minutes of the latter half, the Pink Panthers were all-out while Delhi skipper Meraj Sheykh had already taken 3 raid points till then. With 11 minutes remaining in the second half, the Dabangs had equalised the score and towards the end, they took a comfortable lead of 5-6 points. In last 5 minutes, the Panthers got all-out for the second time which gave 2 points to their opponents.

The Iranian players – Meraj Sheykh and Abolfazl Maghsoudlouon were on fire today and performed like a lightning bolt. Sheykh made 20 raids where got 6 tackle points while Abolfazel got 4. Delhi earned a total of 13 raid points and 12 tackle points thereby ending up winning the game by 30-26.