The year was 1936 and the grand athletic tournament – the Olympics – was held in Germany. It was the third time that the Indian hockey team was participating in the Olympics. The Indian team was already the defending champions and this time, they had a new captain – Major Dhyan Chand. Chand joined the Indian Army at the age of 16 and later became the ‘Magician of Hockey’. He was so successful with his sporting skills and playing techniques that Adolf Hitler couldn’t stop himself from meeting the Indian sports legend in person and offer him a job.

During the pre-World War 2 edition of the summer Olympics, the Indian Hockey team was at the pinnacle of the game. They rode to the finals after beating France by 10-0 in the semifinals. With this victory, the Indian team stepped into the finals for the third consecutive time. They had an immense pressure to succeed as they were also the defending champions. They got to again face the home team, Germany, in the finals, against whom they had previously lost in the group phase. 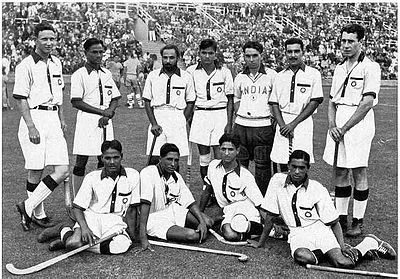 The final was held on August 15, 1936. Both the nations locked horns for the last time in the tournament. Around 4o,000 people came to witness this historic clash while certain Nazi officials were also present along with the then German Chancellor, Adolph Hitler. In the first half, Major Dhyan Chand & Co. struggled to score a goal. By the half time, Indians lagged behind the Germans by 0-1.

But what happened in the next half, stunned each and every one present among the spectators. The Indian men bounced back and smashed the hosts by 8-1. According to reports, Dhyan Chand played the game bare footed and later with leather slippers.

Germany had lost the game. Each and every German national was frustrated and so was Adolf Hitler. However, when he presented the medals to the winners, he asked Dhyan Chand to come and meet him. This invite made the Indian captain worried as he had heard stories of the Nazi dictator shooting people on the spot.

Later, when both met in the private box of the stadium, Adolf Hitler offered him a job, seeing his splendid performance throughout the Olympics. The post offered was not a clerical one, but a rather high post in the German Army. But our legendary former captain politely refused the offer, telling Hitler that it would be difficult to relocate with his family.

Isn’t it interesting to read how history plays out?