Football might be the world’s most followed sport but it is altogether a very strange game without a doubt. Amidst the beautiful goals and assists, the epic celebrations, unique techniques and what not, the sport is also known for its crazy fights. Encounters between footballers are still okay if it is within a limit, but football has also experienced controversial fights between footballers and referees, which is completely not acceptable. 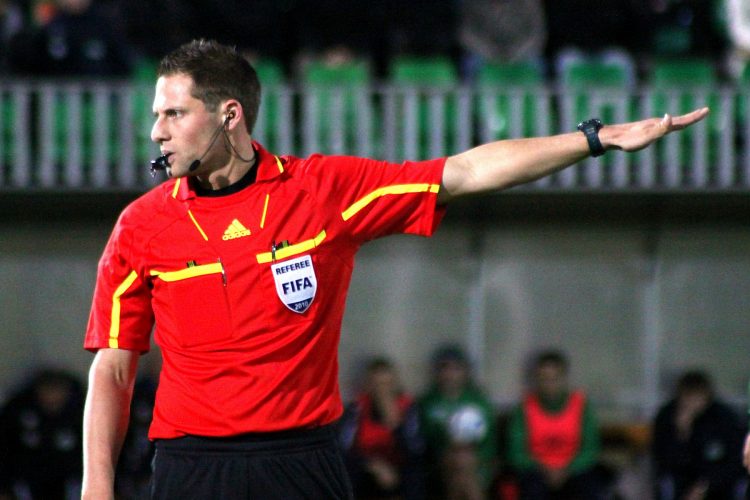 Referees are not given due credit in football and are victims of the blame-game. (Photo: WIkimedia Commons)

In football, the referees who are considered as the gatekeepers of the game, have given controversial decisions time and again, after all, they too are human beings. Footballer frequently express their disatisfaction and sometimes their reactions do cross the limits. Referees are constantly under pressure throughout the football fixture, as they have to keep an eye on the entire match and observe what is happening in and around him. While referees have been criticised for their influential decisions, one needs to understand that referees are bound to make some decisions that will be not be rational to the people’s eyes. Footballers are known to rant and chant abuse towards the officials, but they need to understand that the wrong decisions which referees commit, helps them in learning how to rectify their future conclusions and thus players should behave themselves if and when a situation is going against them.

From fist fights to tackles, from pushing to crowding around the referees, footballers and referees do have a dirty history in the sport. Referees have even retaliated sometimes, and have lost their cool on more than one recorded ocassion. Red cards, yellow cards, suspensions are the results of these encounters. In the end, the sport that is globally accepted to be a peace maker turns into something that it doesn’t stand for. Fans can play the blame game anyday and everyday, but one must keep calm and understand that there are rules that govern the game of football, and no one is above the laws that make this sport one of the most beautiful game in the world.