English football legend David Beckham who has been a UNICEF goodwill ambassador since 2005, starred in an emotional UNICEF advert. Becks’ tattoos come to life on his body in the video, the clip was released as part of a campaign to stop violence against children. The father of four children also recently expressed his concerns regarding child abuse in the world and had reiterated a desire to do something about it. 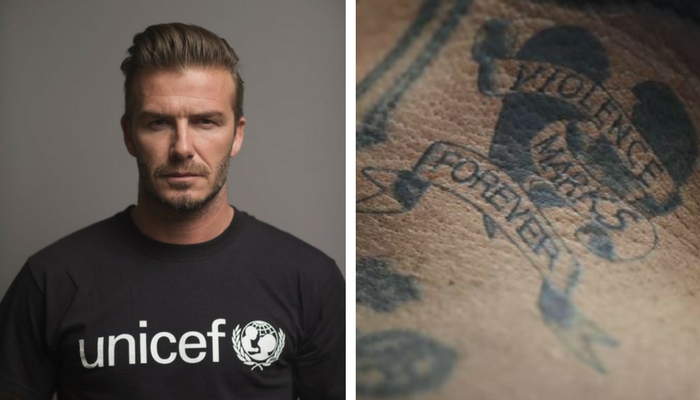 Becks who is known for his tattoos starred in UNICEF’s violence against children advert. (Photo: UNICEF)

The video starts with David Beckham showing his back to the camera, the first tattoo that features is on his shoulder, a black broken heart with a ribbon depicting the words, “Violence Marks Forever”. Then comes a design on his arm showing a crying angel. The message of the advert begins to be crystal clear to the audience as the video continues. The minute-long clip shows a lot of designs that tell the viewers of how a child is abused, bullied, molested, harassed, tortured. At the end of the video, Dave is seen sitting on a chair and saying: “Violence against children marks them forever. It’s wrong. End it.” 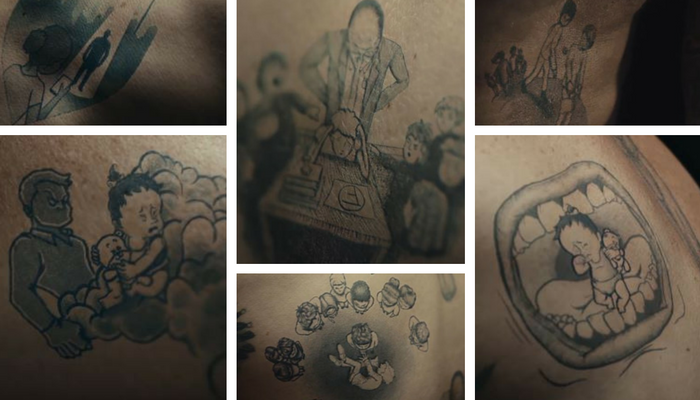 Dave Becks lets his tattoos do the talking. (Photo UNICEF)

Beckham shared the UNICEF advert with his 31.1 million Instagram followers and captioning the video as, “Violence can mark children forever. I’ve met children with @unicef who have been affected by terrible violence and abuse and seen the long-lasting scars it can leave. I chose the marks on my body but millions of children bear marks they have not chosen. Please share this film to help #ENDviolence #foreverychild. It’s wrong. End it. #7Fund.”

Speaking to UNICEF, the 41-year-old English football legend said: “When I launched my 7 Fund with UNICEF, I made a commitment to do everything I can to make the world a safer place to children and to speak out on issues that are having a devastating impact on children’s lives. One of those issues is violence. Every five minutes, somewhere in the world, a child dies from violence. Millions more are in danger of physical, emotional and sexual abuse that could destroy their childhoods forever.” 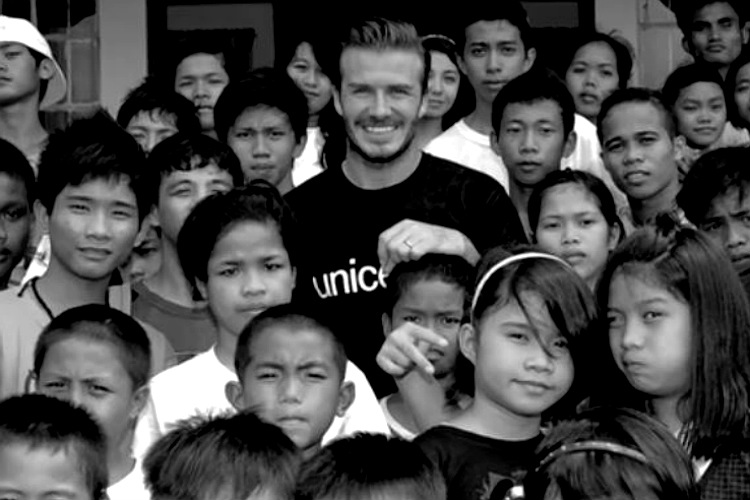 “Last year I visited Cambodia with UNICEF where I met and listened to children tell me about the terrible violence they have experienced. I was shocked by what I heard and I saw how violence can leave deep and lasting scars. No child should have to endure this. Yet, in all corners of the world, in their homes, school and on their streets, children are suffering similar violence,” added David. 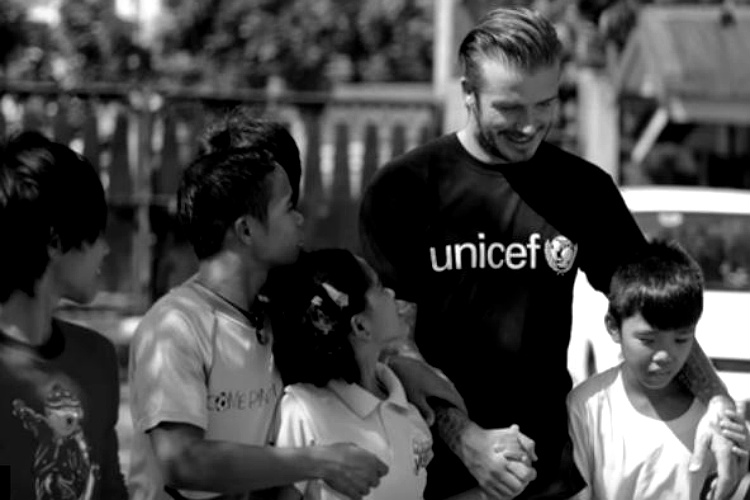 “I hope this new project will draw attention to this urgent issue and inspire action. Violence against children is wrong and together we need to end it,” continued Beckham.