When Zlatan Ibrahimovic had earlier declared this summer that his next destination will be Manchester United, it was predicted then that Jose Mourinho had already played his trump card right away after arriving at the Theatre of Dreams. Ibra’s announcement didn’t come as a shock or surprise to the football fraternity, as the 35-year-old reportedly always had a dream to play in the Premier League. Before the start of the ongoing campaign, the Swedish footballer transferred from French outfit Paris Saint-Germain to the Mancunian Reds as a free agent, thanks to his agent Mino Raiola. Mourinho immediately named him as the vice-captain while retaining Wayne Rooney as the captain for the season.

Since then, Ibra has already won a trophy in England which was the FA Community Shield, United claimed that by ousting reigning Premier League champions Leicester City. Half-way through the season, he has managed to score 11 goals in 16 Premier League fixtures while also netting 5 times in 9 other matches, taking his total tally to 16 from 25. In addition to the array of goals, Ibra’s presence in the dressing room and the training field is a blessing for the United youngsters. He is a leader who guides via results not talks, hence it will certainly be a learning experience for the teenagers. 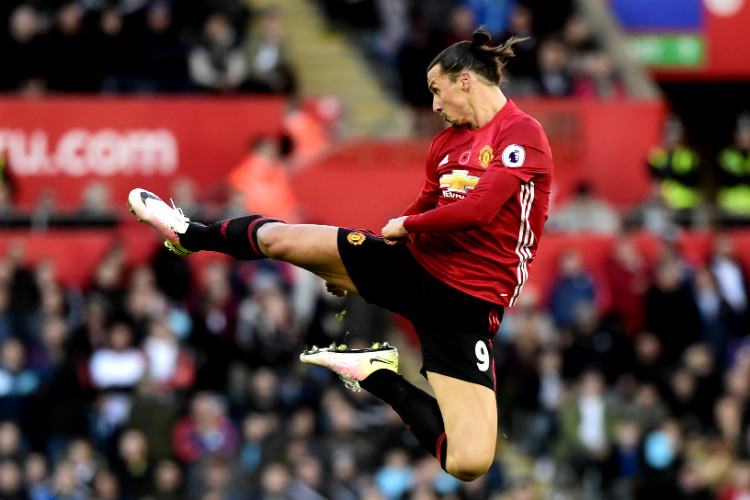 For someone who is aged 35, Zlatan looks beyond fit probably thanks to his personal trainer Dario Fort. Ibrahimovic regularly hits the gym, training his body to maintain his standards in the competitive Premier League football. The legendary footballer also happens to be a black belt in Korean martial arts Taekwondo that simply justifies why he relishes an acrobatic style of play. “The older I get, the better I get, like red wine. You like Red wine? I’m a perfect example of that. The older I get, the better I play. I’m settling in. I feel happy, I feel good. Even if I’m 35, in my mind I’m 20. I think I could play also at 50, but it’s not down to me,” claimed Zlatan Ibrahimovic after Manchester United secured a victory against West Bromwich Albion at the Hawthorns yesterday.

The Old Trafford outfit is currently sixth in the Premier League table with 30 points from 17 games, Jose Mourinho’s United presently trail league leaders Antonio Conte’s Chelsea by 13 points. Red Devils’ title race is maybe over if their rivals keep on with their dominating world-class performances, which is keeping United at bay.