The story of Rickie Lambert is one that will surely give millions of people the motivation they need to never give up on their dreams. Often one comes across challenges that seem like the end of the road, but one needs to understand one simple thing that nothing is impossible if one is up for the task. Passion definitely take people places, it may take some time but they are certain to achieve their goals. Lambert’s journey represents itself as a proof that hard work pays off.

Hailing from Merseyside, Rickie joined Liverpool’s academy at the age of 10 but unfortunately was released by the club at the age of 15 in 1997. Lambert was said to be disappointed to have been let go by the football outfit that was most close to his heart. The determined teenager vowed to return in the future on merit. He tried out for non-league side Marine before joining Blackpool in 1998. He struggled to cope with the competition but still carried on. Lambert was released by Blackpool in 2000, the news came as a big blow to the young midfielder. 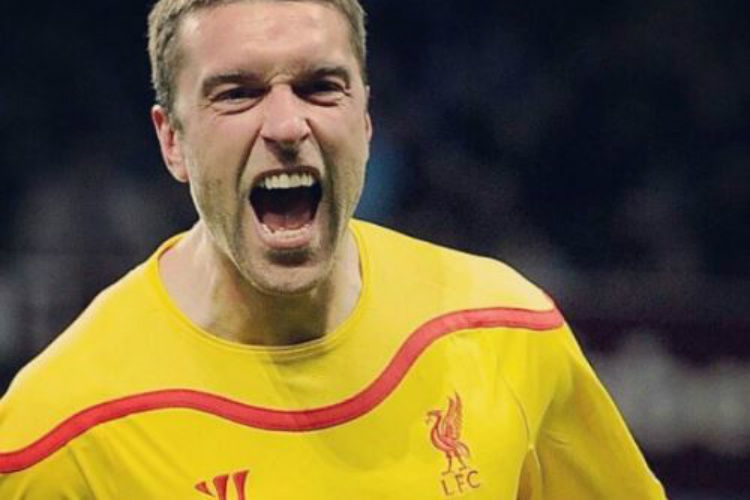 It was a tough time for Rickie, having to prove his worth time and again to the football fraternity. Lambert was forced to remain as a free agent for months, he admitted that he had to get some kind of work even though he was sure that he didn’t want to do anything else in life other than to become a footballer. He then found a job in a beetroot bottling plant which paid him a mere £20 per day. Lambert used to work in the morning while train in the night, the only motivation being a dream to play at Anfield wearing Liverpool red.

Rickie went on to play for a number of lower league clubs, he didn’t mind much as long as he was playing the sport he was so passionate about. Lambert featured for Macclesfield Town, Stockport County, Rochdale, Bristol Rovers and notched 59 goals in 155 games between 2001 and 2009. The Brit’s goal scoring prowess saw him being converted into a striker. His transfer to Southampton was probably the ticket he was waiting for, as with the Saints he finally started realising his true potential. At Saint Marys, during his five-year stay, he was so prolific that he ended up scoring 117 goals in 235 fixtures. Rickie Lambert was subsequently called up to play for the England national football team in 2013. The same day his wife gave birth to their daughter, what a moment for someone who had experienced the difficulties of life. If that wasn’t enough, Rickie scored on his England debut, a memory he will keep for as long as he lives.

In the summer of 2014, Liverpool came calling, he was signed for £4 million plus add-ons after passing a medical. Rickie Lambert had finally returned to his boyhood club after a period of 17 years, a dream to wear the iconic kit and play at Anfield was just around the corner.

17 years after being let go by Liverpool, and a career climbing back up the football ladder, Rickie Lambert signs for the Reds. Great story!

Though, the English forward stayed only a year at Liverpool, he still managed to play for them 36 times scoring 3 goals. His determination to return from where he was ousted was a victory for hope. He then played for West Bromwich Albion in 2015, and is now plying his trade with Cardiff City. The story of Rickie Lambert is an inspiration to millions out there hoping to make it big in the game oneday, his journey will surely motivate others to never give up on their dreams.