Cote d’Ivoire football legend Didier Drogba recently had a gala time with three-time UFC welterweight champion Georges St-Pierre, having already officially declared his decision to quit MLS and leave Canadian football club Montreal Impact at the end of the season. The 38-year-old former Chelsea icon took to social media to post few pictures of himself and Georges St-Pierre. In the Twitter images, he shared, the Ivorian and the Canadian seemed to be having a lot of fun while joking around and smiling for the camera. 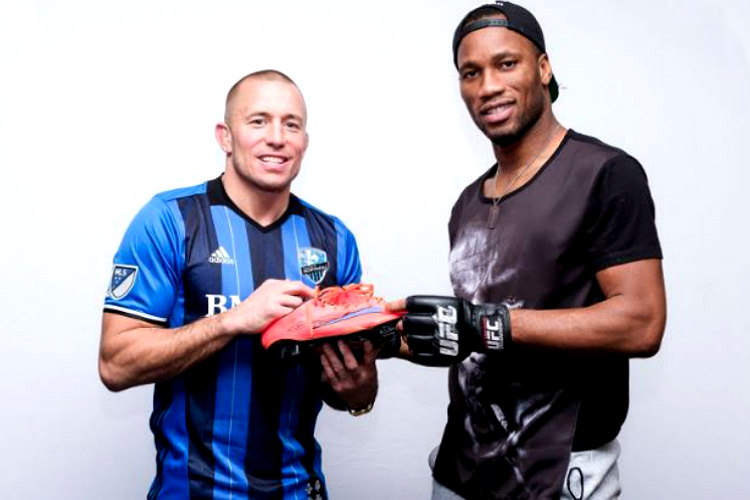 Didier Drogba shared this photograph on his Twitter account, where he is seen posing alongside Georges St-Pierre. (Photo: Twitter/didierdrogba)

Didier was dressed in a black tee, white trouser along with a black cap. He was also seen wearing UFC boxing gloves, a gift from the UFC veteran, with which he even landed a punch on the star in one of the photos. Additionally, Georges sported a Montreal Impact jersey along with blue jeans. He was also seen holding a pair of red studs, which probably were given to him by the footballer. Drogba even shared a message boasting about his friendship with St-Pierre in his tweet, “Too much sauce @GeorgesStPierre thanks for the gift and your friendship #3timesUFCchampion #UFC.” 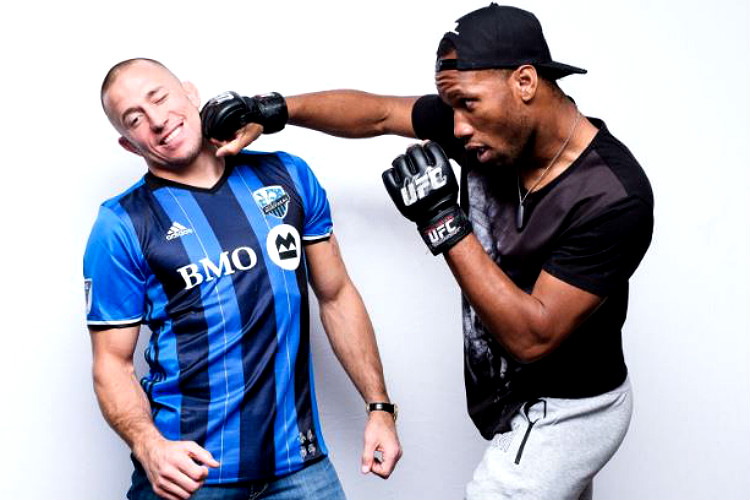 Didi manages to land a punch on Georges. (Photo: Twitter/didierdrogba)

Immediately after Montreal Impact’s Eastern Conference finals against Toronto FC, Didi had announced his intention to leave the MLS. In the first leg of the finals, Montreal defeated their opponents 3-2 but in the second leg, Toronto beat their counterparts 5-2, thus winning the finals 7-5 on aggregate score. In his two seasons with the Canadian MLS outfit, Drogba managed to score 23 goals in 38 appearances. As Didier bid adieu to the MLS, it is unknown where he plans to go now. Elsewhere, Montreal Impact tweeted a video of him giving a speech to the fans alongside his teammates and club staff.