Just like any other year, the football fraternity also saw its fair share of ups and downs this year. Footballers and sporting outfits surely made 2016 remarkable with their phenomenal performances. Here are the 7 football moments of 2016 that the fans are sure to remember in the future.

7. BRAZIL won the gold medal in football at the RIO 2016 OLYMPICS

Brazil is considered to be an elite outfit when it comes to football, having previously won the prestigious FIFA World Cup a record five times (1958, 1962, 1970, 1994, 2002). All that was missing in their football trophy cabinet was a gold medal in the Olympic Games, the Samba Boys had only managed to claim three silver and two bronze medals in the past. As the hosts of the Rio 2016 Olympics, ‘Selecao Brasileira de Futebol’ were already the favourites to win the extravaganza and fulfill their Olympic dream even before the event kicked off. 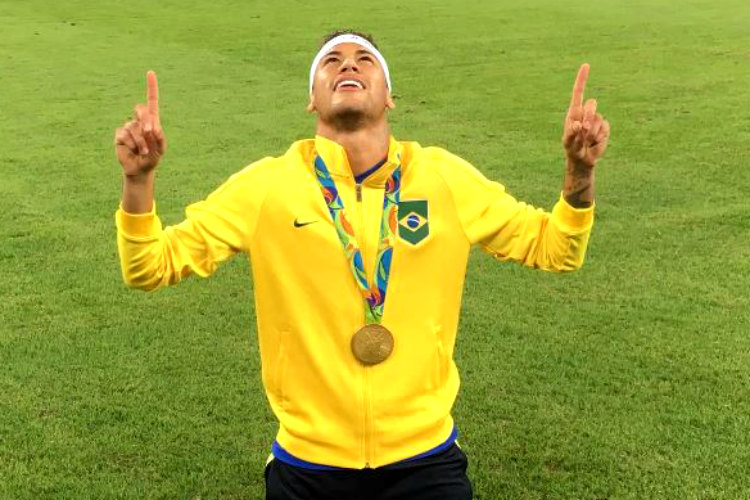 Brazil qualified for the knockout stage as the group winners after being pitted alongside South Africa, Iraq, and Denmark. They beat Colombia in the quarter-finals and then defeated Honduras in the semi-finals, before setting up a date with Germany in the finals. Brazil ousted Germany 5-4 on penalties after the game had ended in a 1-1 draw after extra time at the iconic Maracana Stadium in Rio de Janeiro to win the gold medal. Neymar led Brazil not only remained unbeaten in the entire tournament but they even managed to keep a clean sheet until the grand finale, talk about winning the competition in style. The Land of the Palms (Pindorama) had patiently waited for years to realise their Olympic dream, and now victory was finally theirs. 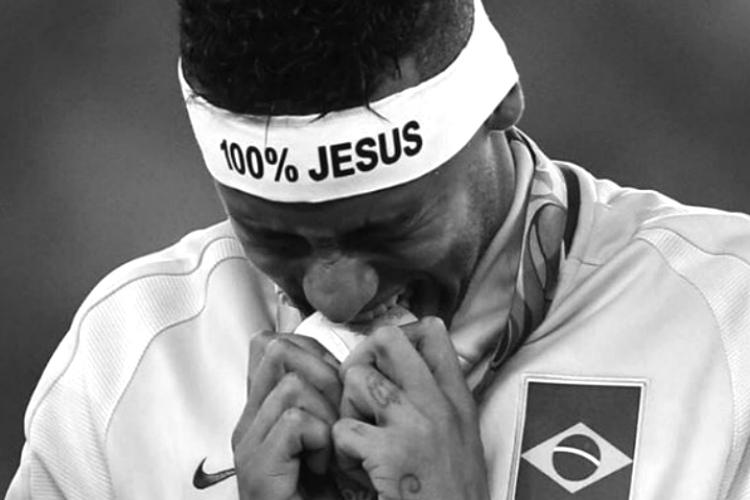 Brazil fans were simply ecstatic after Neymar and company ousted Germany in the finals at the Rio 2016 Olympics. (Courtesy: Instagram/neymarjr)

Portugal has somewhat always been the dark horses in the football events. However, not many people are aware of their record in the UEFA European Championship, they have qualified for the extravaganza seven times. ‘Selecao Portuguesa de Futebol’ have finished the tournament twice as quarter-finalists, thrice as semi-finalists, once as the runners-up when the Portuguese themselves hosted the event back in 2004. Their journey had seen ups and downs, but Portugal finally managed to win the competition this year and become European champions under the captaincy of Cristiano Ronaldo. 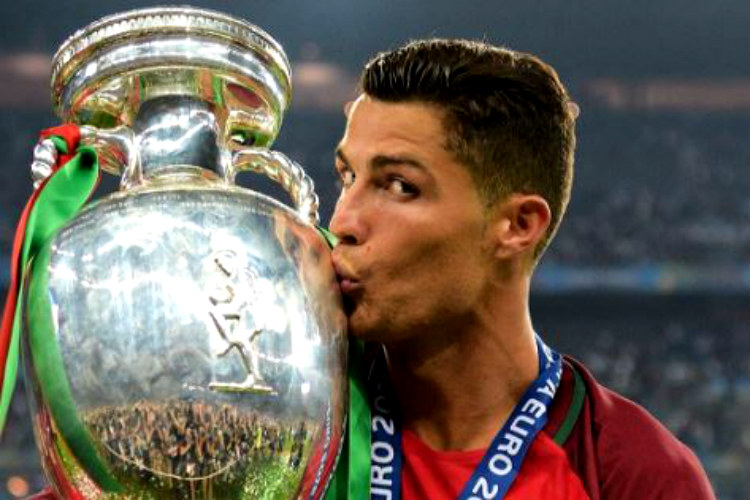 Having being pitted alongside debutants Iceland, Austria, and Hungary, pundits predicted an easy route to the knockouts for Portugal, but things didn’t go as expected as all the outfits gunned for glory. Portugal’s group actually turned out to be the ‘group of death’ due to overwhelming performances from Strakarnir okkar, Unsere Burschen, and Nemzeti Tizenegy. Even though Portugal successfully qualified for the knockout stage, all they managed to do was to draw all their group stage games. That’s exactly how tough the competition was. Then they beat Croatia in the Round of 16, before defeating Poland and newcomers Wales in the quarter-finals and semi-finals respectively. Portugal ousted hosts France 1-0 at the reputed Stade de France in Paris to win the UEFA Euro 2016. By winning the title, Portugal has surely registered themselves in the history books. 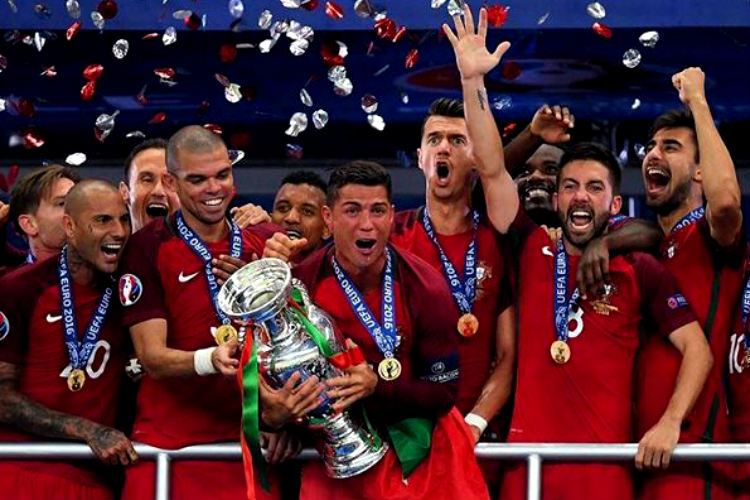 Chile is now considered as a world-class outfit by the football fraternity, this is because of their dominating performance in the recent years, which has surely seen them rise up in the ranks of world football. It is literally hard to believe that Chile has qualified for Copa America 38 times. During which, La Roja have finished in third position five times and as the runners-up four times. They became champions for the very first time when they finally lifted the title back in 2015. History simply repeated itself when the reigning Copa America champions successfully managed to defend their title in 2016 under the captaincy of Claudio Bravo. 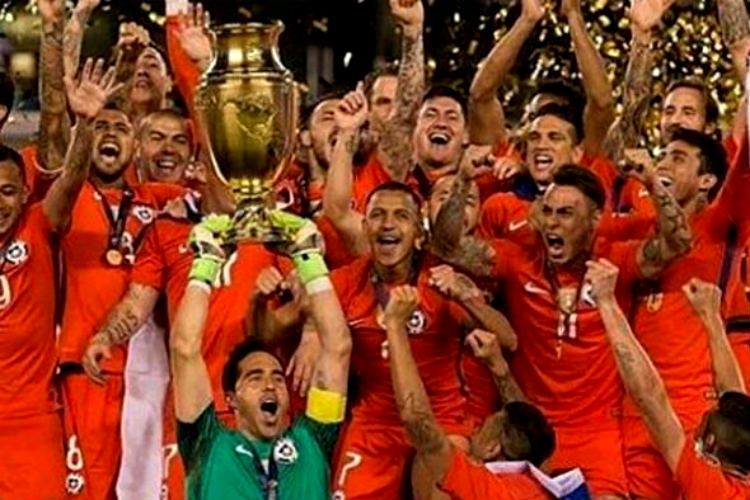 Chile has played hosts to the extravaganza seven times, but they were only able to please their fans last year, by winning the elusive event beating Argentina. This year, La Roja met La Albiceleste once again, having defeated them last time, Lionel Messi and his teammates gave their best to change the results but failed. Chile ousted Argentina 4-2 on penalties after the game had ended in a 0-0 draw after extra time at the MetLife Stadium in East Rutherford, New Jersey in the United Sates of America to become the American champions. Earlier, they lost to Argentina in the group stage but won against Bolivia and Panama to qualify for the knockouts, where they successfully overcame Mexico and Colombia in the quarter-finals and semi-finals respectively. By lifting the title, Chile has surely etched their names in the record books even more so because the Copa America Centenario was a very special football event which was organised to celebrate 100 years of CONMEBOL and Copa America. 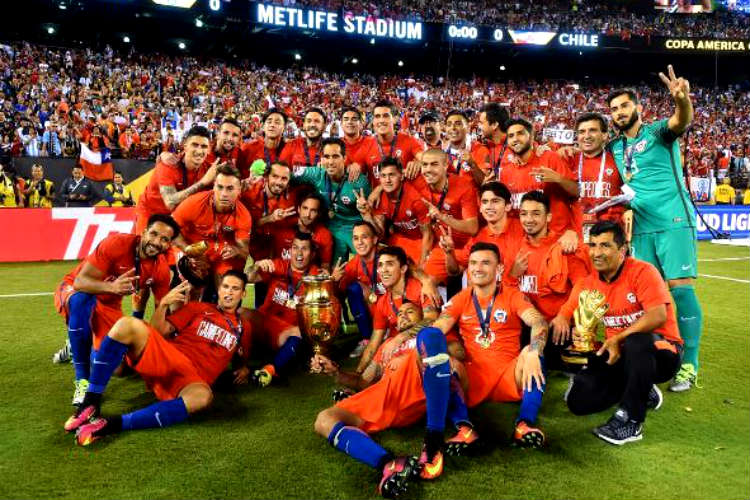 Chile has now won the Copa America twice in a row. (Courtesy: Instagram/copaamericausa2016)

England’s Premier League is not only considered as the most competitive football league in Europe but also in the entire planet. Clubs like Manchester United, Chelsea, Arsenal, Liverpool, Manchester City have squads boasting world-class talent from the different parts of the world, such is the standard of football in England’s top tier. Players want to survive the competition that prevails in the Premier League and then thrive to prove their vast credentials. This year, however, an unlikely candidate emerged out of the blue moon to silence the favourites and steal the bragging rights by claiming the title. Leicester City emerged as the champions of England. Yes, Claudio Ranieri’s Foxes ran rout against anyone to everyone, in what proved to be a fairytale ending for the fans and the squad whose home is the King Power Stadium. 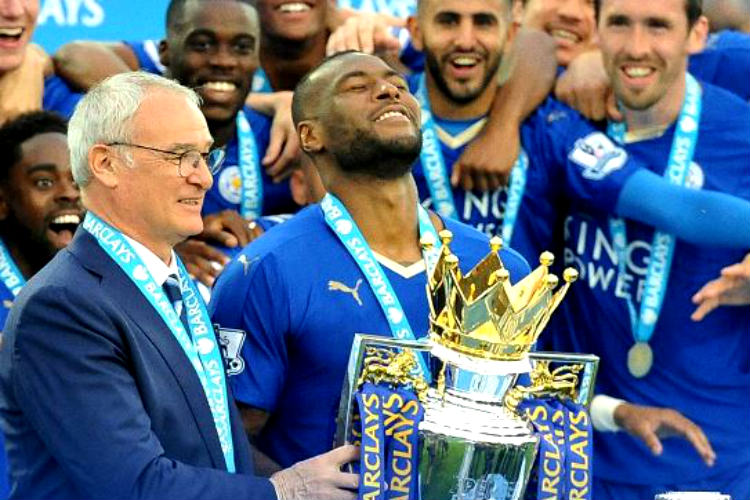 The Foxes shocked the football fraternity with their athleticism and their never-say-die attitude, it was as if, they wanted to defy all odds and win the extravaganza, and that they did. It was all due to remarkable passion, work ethic, discipline, combined together with astute professionalism and squad unity. Out of the 38 fixtures, Leicester won 23 and lost only 3 matches, in addition to drawing the other 12 games, ended their season with 81 points. Arsenal and Tottenham Hotspurs who finished in second and third position only managed to score 71 and 70 points respectively. This exactly shows how dominant the Foxes were last campaign. Blackburn Rovers had previously shown that nothing is impossible in football by claiming the Premier League back in 1994/95 season, Leicester City’s success surely proves history do sometimes repeat itself. 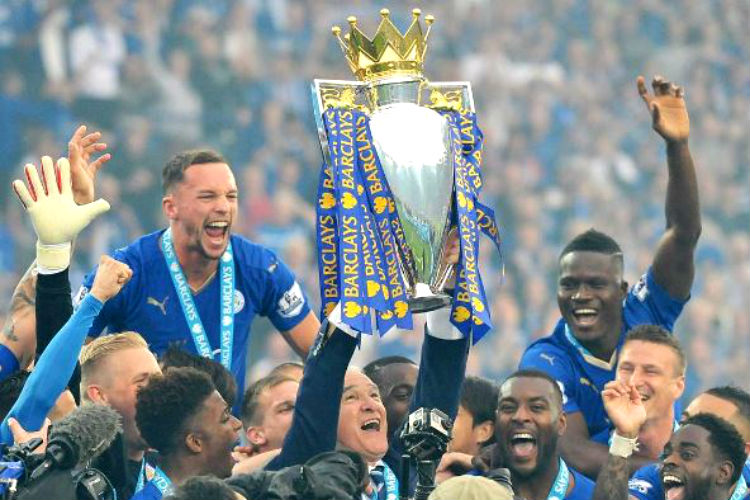 Having won the sporting extravaganza back in 2014, Zinedine Zidane coached Real Madrid were again favourites to lift the prestigious title this year. With Cristiano Ronaldo back in form, it was predicted to be an easy outing for Los Blancos. But their counterparts, Kashima Antlers defied all odds by qualifying for the 2016 FIFA Club World Cup final. The Antlers had defeated New Zeland’s Auckland City, South Africa’s Mamelodi Sundowns before beating Colombia’s Atletico Nacional 3-0 to set up a date with Los Merengues. By doing so, the reigning J-League champions registered themselves in the history books as the first football club from Asia to ever become FIFA Club World Cup finalists. The Japanese outfit was crowned as the J1 league champions in 2016, and thus had automatically qualified for the prestigious FIFA event, as the host entrant. Earlier, in the semi-finals, Madrid had defeated Mexican outfit Club America to seal a seat in the grand finale. 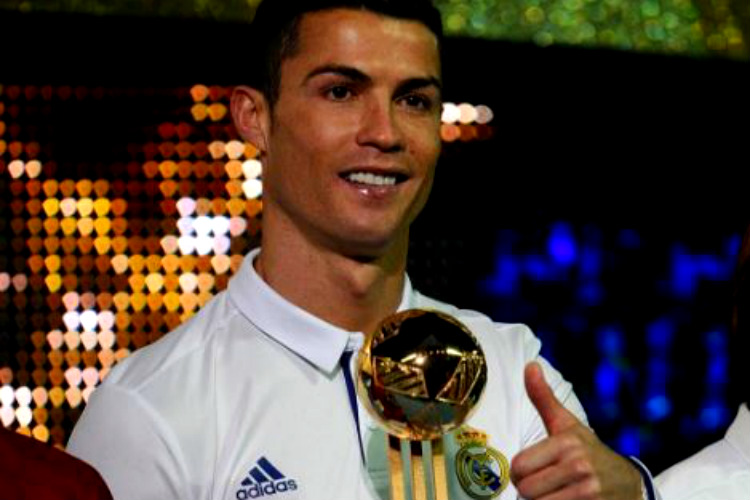 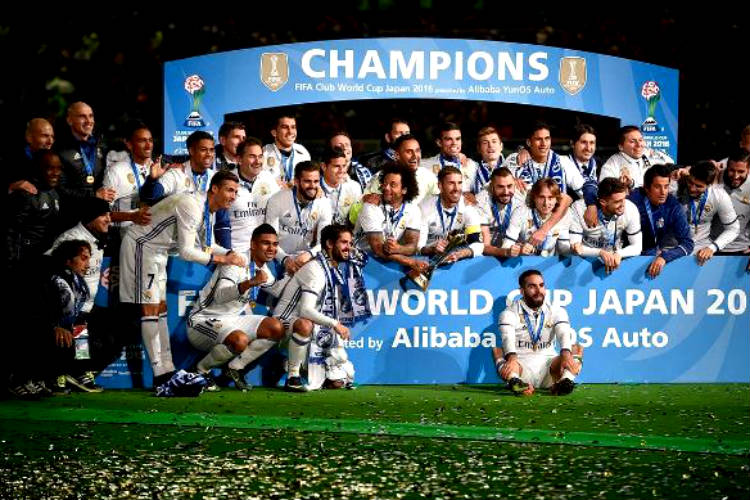 Portuguese football Real Madrid legend Cristiano Ronaldo won the 2016 Ballon d’Or. It was not shocking to see Ronaldo winning the individual award as he not only clinched the UEFA Champions League and the FIFA Club World Cup with Real Madrid but also bagged the UEFA Euro 2016 with Portugal this year. The 31-year-old Portugal captain has now claimed the Ballon d’Or four times (2008, 2013, 2014, 2016) while his arch-rival and the Argentina skipper Lionel Messi has five Ballon d’Or titles to his name (2009, 2010, 2011, 2012, 2015). The football stars have absolutely dominated the prestigious title, winning nine times out of the last nine. 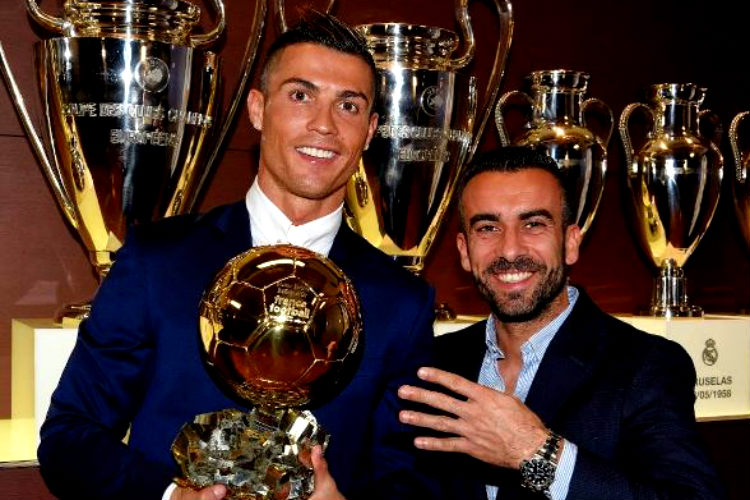 The Ballon d’Or is an honour bestowed on the best footballer on the planet. The prize is voted on by national team managers, international skippers and also by journalists from around the world. It is an annual association football award that is presented by France football since 1956, the event of which is always held in the beautiful French capital – Paris. The Ballon d’Or is deemed prestigious because the trophy is considered as the top-notch individual award in the entire football fraternity. The winner not only gets all the bragging rights but also the status symbol that goes along with it. 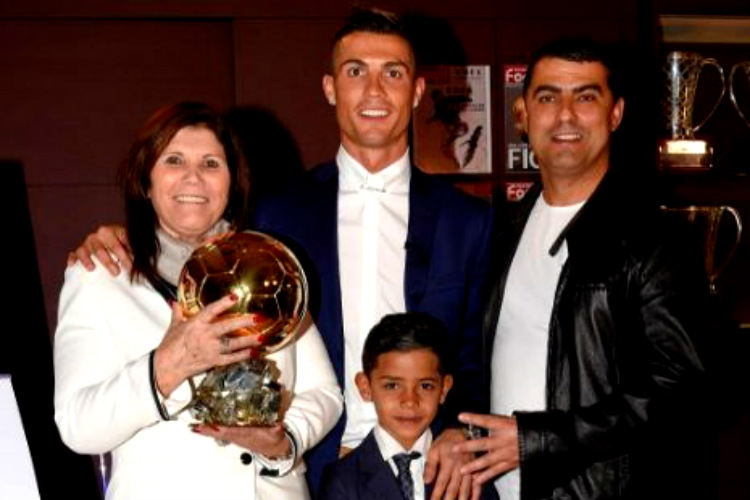 While the fans had enough reasons to cheer this year, there was also a tragedy which made the entire football fraternity to mourn. Brazilian outfit Associacao Chapecoense de Futebol was scheduled to play against Colombian football club Atletico Nacional in the first leg of the 2016 Copa Sudamerica final. 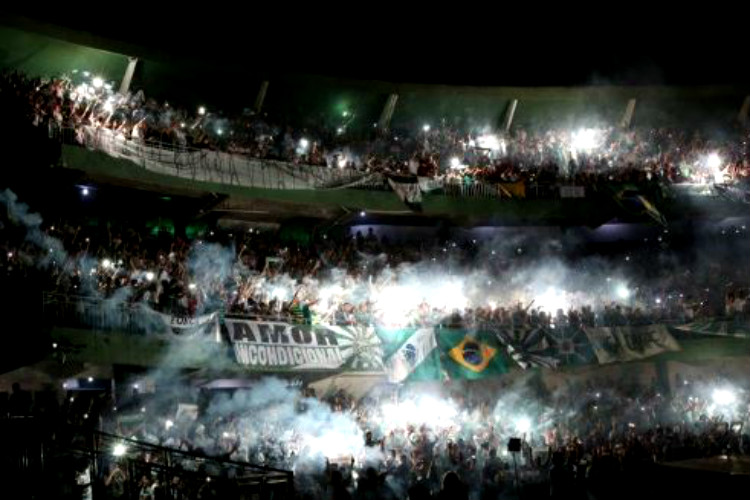 Chapecoense fans were shocked to learn that their football heroes died in the tragic plane crash. (Courtesy: Twitter/@chapecoensereal)

The chartered Avro RJ85 flight (LaMia Flight 2933) that was travelling from Bolivia’s Santa Cruz to its destination – Medellin in Colombia, tragically crashed midway through its journey in Cerro Gordo, La Union, killing 71 people out of the 77 who were boarded on the plane on November 28. Among the 6 survivors, there are 3 footballers – Jackson Ragnar Follmann, Alan Ruschel, and Helio Hermito Zampier Neto. A goalkeeper named Danilo had also survived the plane crash, but unfortunately died even before reaching the hospital. The other 3 who lived to see another day were 2 crew members – Erwin Tumiri and Ximena Suarez and a journalist named Rafael Valmorbida. LaMia Airlines’ flying license has now been withdrawn for the foreseeable future after it was learned that it was a human error that led to the plane crash. 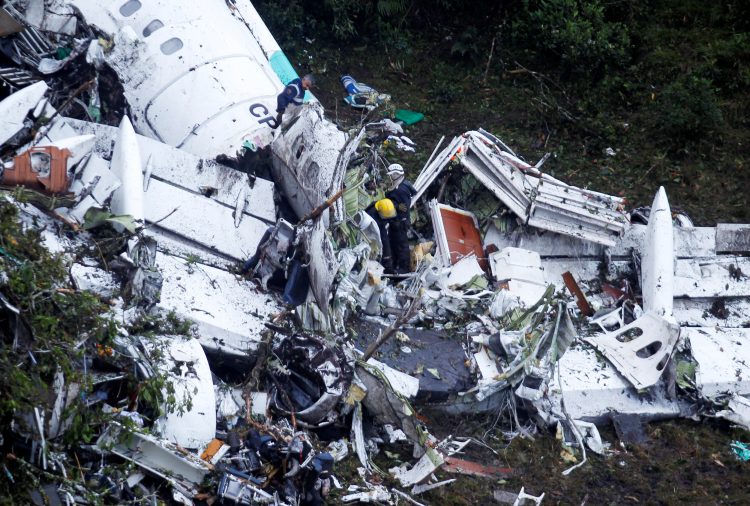 Rescue crew working at the wreckage of the plane crash in the Colombian jungle. (Courtesy: Reuters)

Due to the accident, the 2016 Copa Sudamericana finals was suspended indefinitely. Later, Chapecoense’s opponents Atletico Nacional generously appealed to CONMEBOL to allow Chape to be crowned as the champions, after which CONMEBOL granted the Brazilian club with not only the title but also the prize money. At the end of the day, football certainly won the game. 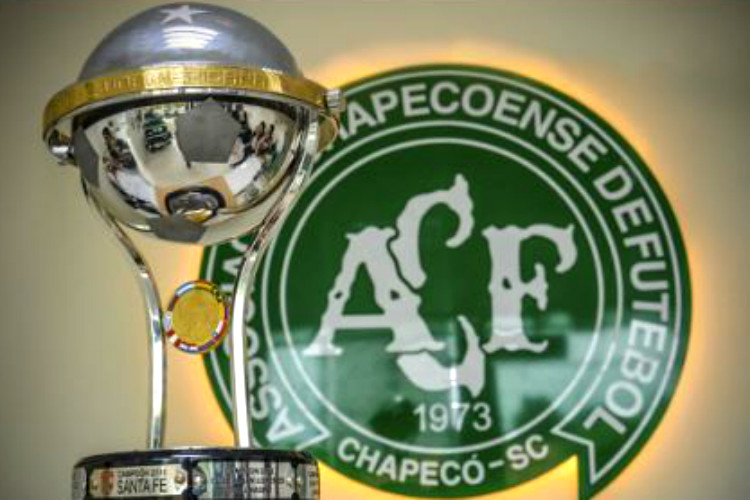 The 2016 Associacao Chapecoense de Futebol plane crash tragedy is an absolute disaster, those who lost their lives may be gone forever but they will never be forgotten. Football will always remember! #ForçaChape 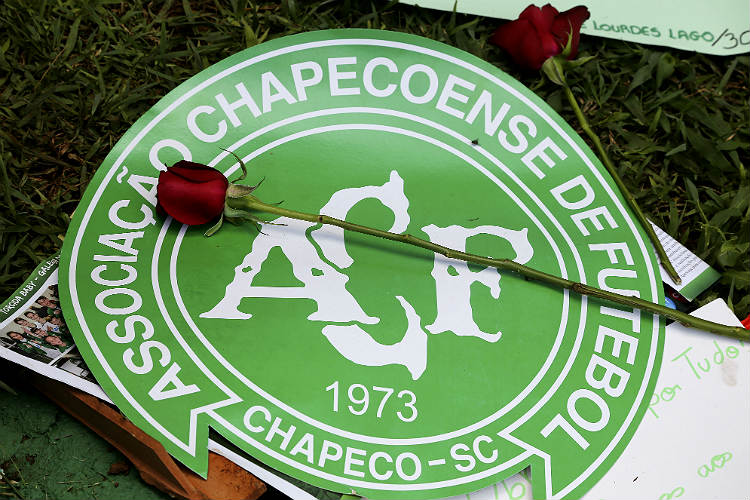