Carlos Tevez is now the world’s best-paid footballer after signing a two-year deal with Chinese Super League outfit Shanghai Shenhua. The 32-year-old Argentina football legend successfully eclipsed the likes of Cristiano Ronaldo and Lionel Messi in terms of pay scale by moving to China. He is reportedly set to earn £615,000 per week which comes down to Rs. 5,14,79,751 per week approximately. Meanwhile, if we start to break down his pay scale, then Tevez will be reportedly earning £31.980 million per year, £2.665 million per month, and £87,857 per day! It is simply mind-boggling as to how someone can rake in such an amount.

Even Ronaldo and Messi can’t imagine being paid that much, and they are considered as two of the best footballers on the planet. Allegedly, Cristiano and Lionel earns around £424,000 and £362,000 per week respectively. 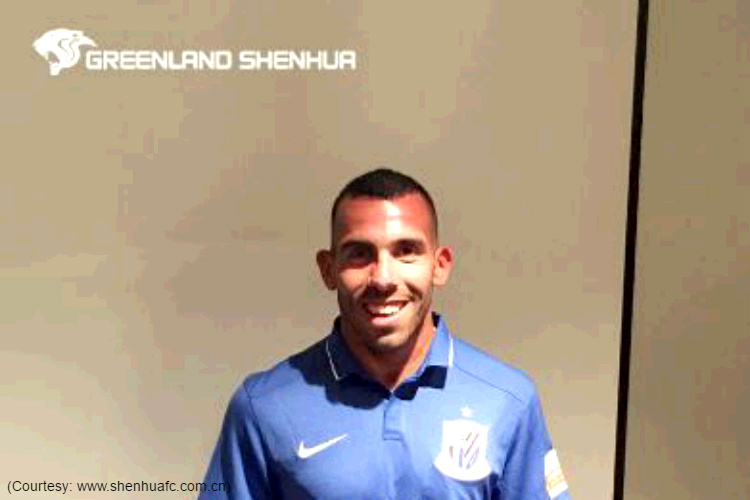 Tevez had initially started his professional career in 2001 at boyhood club Boca Juniors in Argentina before moving to Brazilian outfit Corinthians in 2005. The talismanic striker left South America for Europe to ply his trade in the prestigious Premier League, signing for West Ham United in 2006. People started acknowledging the Argentine maestro’s awe-inspiring gameplay, then he signed for Manchester United in 2007. Due to on-pitch and off-pitch issues, he left the Red Devils to join hands with arch-rivals Manchester City in 2009. Problems emerged for the dominating forward, so he left the Citizens and bid adieu to the Premier League in 2013 to sign for Italian giants Juventus. In 2015, he eventually returned to his boyhood club Boca Juniors after admitting to being home sick.

In 2017, even though there were concrete offers from a number of Premier League football clubs, Carlos Tevez decided to travel to China to join their football revolution. Was money the motivation for the Argentine footballer or was it simply the challenge? Whatever it was, the Chinese Super League are sure to benefit from having him play in their league. Fans are said to be ecstatic to see him sport Shanghai Shenhua colours soon. The Chinese Super League is already home to a number of South American talents, so it is expected that Carlos Tevez will gel in with others in no time.