Zlatan Ibrahimovic may have never won the Ballon d’Or, the prestigious title which his rivals Lionel Messi and Cristiano Ronaldo have won five and four times respectively in the last nine years. But still, the 35-year-old Swedish football legend falls in the same bracket as the Argentine and Portuguese when it purely comes down to football skills. Zlatan style, as the Manchester United ace likes to call his game, is not just about swag and attitude, it is also something that signifies having respect for one’s very own talent, and in Ibra’s case, it is simply undeniable. 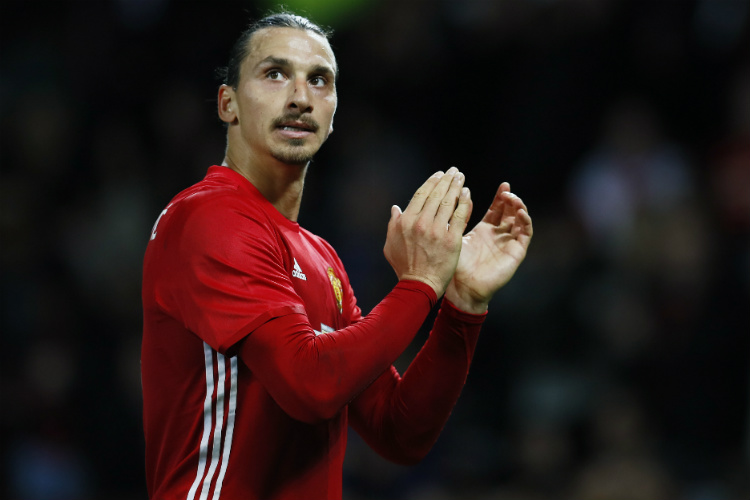 ALSO READ: ZLATAN IBRAHIMOVIC TO BECOME A LIVING LEGEND AS SWEDISH FA PLANS TO HONOUR HIM WITH A STATUE

Zlatan Ibrahimovic had recently won the Sweden’s Player of the Year award for the tenth year running. Additionally, he clinched the Golden Ball award for a record 11th time in his career. Ibra had first bagged the Guldbollen in 2005, then from 2007 till 2016, he managed to win it every year. Since the trophy’s inception back in 1946, no Swedish footballer other than Ibra has ever won it more than twice. As a result of his achievements, the legendary footballer was promised a reported 2.7m statue in Stockholm by the Swedish FA. The extravaganza is all set to be erected outside Stockholm’s iconic Friends Arena. “It feels unreal. Many are thinking, why him? and so on, but after all the hard work over 15 years in the national team and 20 years in my club career, it feels like it’s being appreciated. You usually get this after you die, but I still feel alive. When I die, this will live on forever,” Ibra had earlier claimed.

After 20 years of hard work I got a statue in the capital city of Sweden. Who else. Super proud, happy, emotional, wow and thank you Sweden.

The Swedish FA until now have lived up to their promise, work on the statue has already started, with the monument beginning to take shape now. Ibrahimovic who visited the work in progress was simply delighted with how the ‘Statue of Zlatan’ is turning out to be. When done, Zlatan will surely become a living legend. Ibra posted a photograph of himself with his incomplete statue on Instagram and captioned it as, “When you come to New York you have the Statue of Liberty when you come to Sweden you have the Statue of Zlatan #comingsoon.”