Zerao is a multi-purpose stadium that happens to be located in the Macapa region of Amapa in Brazil. It is considered by millions of fans to be the most unique football field on Earth. The reason of which is the stadium being located exactly on the equator. This football stadium’s one-half lies in the Northern hemisphere while the other half is in the Southern hemisphere. So when a match is being played in this South American facility, the football outfits are actually attacking and defending hemispheres and not just sides.

The stadium name Zerao is related to the field’s neighbourhood – Marco Zero which means ‘marking 0’ in English language, simply due to it being located on the Equator. However, Zerao means ‘Big Zero’, that denotes to the zeroth latitude of the Equator. Just how cool is that? 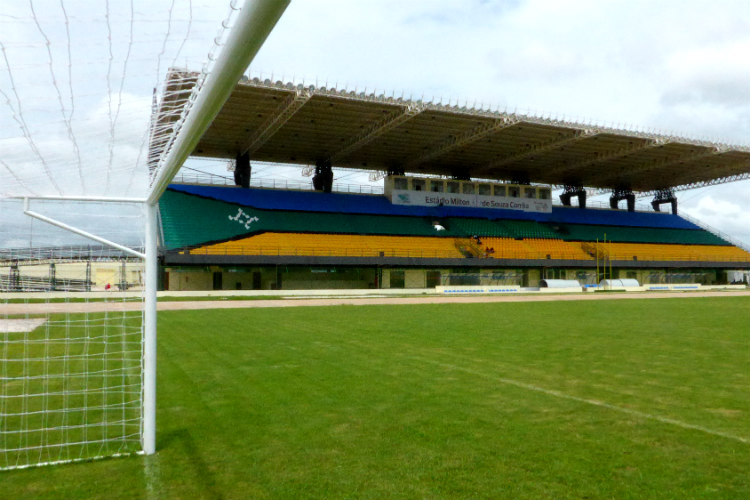 The stadium was constructed back in 1990 and is officially known as the Estadio Milton Correa. The stadium is actually now named after Milton de Souza Correa, who was once the president of the Amapa state football federation. Zerao hosts home fixtures of Brazilian clubs Amapa Clube, Esporte Clube Macapa, Ypiranga Clube, Oratorio Recreativo Clube, Trem Desportivo Clube, Santos Futebol Clube (AP), and Sao Paulo Futebol Clube (AP). The 10,000 capacity stadium’s ownership belongs to Amapa state government. Previously, it was known as Estadio Ayrton Senna, as a tribute to the legendary Formula One racer.