Having successfully completed Dwyane Wade’s #raiseit challenge last time, Cristiano Ronaldo has decided to reignite his ongoing rivalry with the Chicago Bulls star. The Real Madrid ace has performed a crazy trick in a Poker Stars video and uploaded it on his Instagram and Twitter accounts. 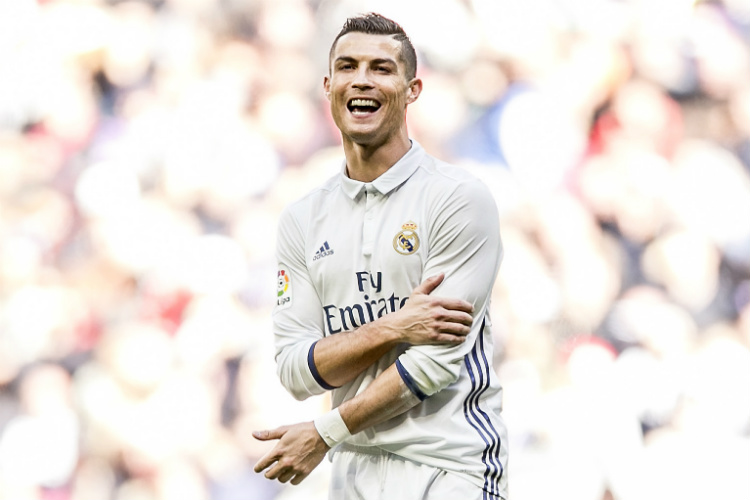 Previously, Wade had challenged Ronaldo to a #raiseit challenge in which the 34-year-old American basketball player managed to successfully basket the ball being blindfolded. Ronaldo being the person he is known for accepted Wade’s challenge with a smile on his face. The 31-year-old Portuguese footballer after waking up from the bed performed a series of tricks with a football and then managed to score an amazing goal.

Fans of both the sports icons probably thought it was a one-time thing, but Cristiano had other plans. In the new video that he shared on his social networking platforms with a caption saying, “Flip on the first try, @DwyaneWade, Don’t start what you can’t finish. #raiseit.”

Ronaldo is first seen controlling a football on his head, he then suddenly drops the ball, shocking he didn’t perform any tricks, he further puzzles the viewers by picking up a bottle while setting up his camera. Cris then proceeds to go away from the frame while taking a sip from the water bottle. Ronaldo then attempts to flip the bottle and when he does, he somehow gets it to perfectly land straight on his first try just in front of the camera. He celebrates with his trademark style and raises his finger saying ‘Raise It’. What will be Dwyane Wade’s response is what is getting fans excited now.

Elsewhere, Cristiano Ronaldo is favourite to claim the Ballon d’Or 2016 next week by ousting his rival Lionel Messi, this is simply because of the success that CR7 has enjoyed this year. Cris not only clinched the coveted UEFA Champions League with Real Madrid but also bagged the elusive UEFA Euro 2016 captaining Portugal.