English football is absolutely in crisis as former football players who were subjected to sex abuse for years during the 70s, the 80s, and the 90s are coming forward to expose the sport’s dark secrets to the public. Recently the news emerged when former Crewe Alexandra player Andy Woodward completely waived off his anonymity by claiming that he was a sexual abuse victim while he was still new to the game, the culprit of Woodward’s claims is pedophile football coach Barry Bennell.

“My life has been ruined until the age of 43, but how many others are there? I’m talking about hundreds of children who Barry Bennell cherry-picked for various football teams and who now, as adults, might still be living with that awful fear. We’re victims of a horrible, horrendous thing that happened in the early 80s and 90s. Ex-players are suffering so much and suffered in silence for so many years. We went through hell,” said Andy Woodward after a meeting with the English Football Association, as quoted by the Indian Express.

Woodward, Steve Walters, and Chris Unsworth recently launched an independent committee by the name of Offside Trust whose target is to fight for justice, support victims and expose sex abuse culprits. The Offside Trust have also asked for a donation from the football organisations to operate on the ongoing crisis.

What are the results of the ongoing FA investigations?

The English FA have claimed that over 350 footballers have shared stories of their abuse and reportedly 55 amateur and professional clubs have allegations filed against them. The condition is such that people are now willing to speak their minds and also spread awareness of the situation that has come as the latest setback to English football. Football which is considered as the world’s most followed sport as it encourages people to be passionate about the game is under scrutiny following the recent allegations.

FA’s internal review is presently being led by Clive Sheldon QC in addition to the allegedly 21 police forces who have opened investigations against clubs across the UK.

How exactly is the English Football Association reacting to the ongoing crisis?

“These are heinous crimes and they need to be investigated by the police and they will get our support,” claimed English Football Association chairman Greg Clarke as quoted by the Indian Express. According to him, the football child sex abuse scandal is one the most concerning crisis in the history of the English FA. 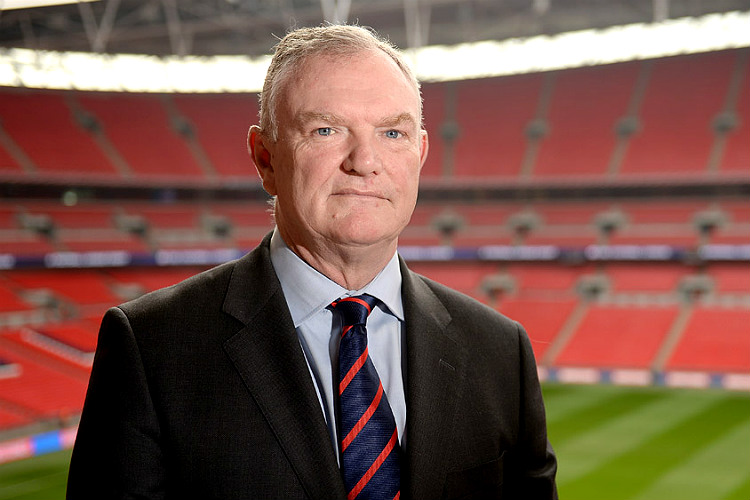 Greg Clarke is concerned about the crisis that has hit the English Football Association. (Photo: TheFA)

“The police need to be at the vanguard of investigations because these are criminal acts, but football has a duty of care and must also grasp the nettle and take responsibility. What we don’t want is people thinking they couldn’t let their youngster go into football when the positives can outweigh the negatives by so much,” Gordon Taylor, chief executive of the Professional Footballers’ Association, told Reuters in a telephone interview as quoted by the Indian Express.

“They have been very courageous in coming forward after suffering in silence for years. I think the dam has just been busted, the guys who have come forward have been a catalyst,” Michael Bennett, head of player welfare at the Professional Footballers’ Association, told The Associated Press as quoted by the Indian Express.