Yuvraj Singh and Hazel Keech hosted a star-studded sangeet ceremony at a renowned hotel in New Delhi. It turned out to be a glitzy affair as Indian Test skipper Virat Kohli along with his teammates attended the function. With India beating England in the third Test at Mohali, the event was an icing on the cake.

Yuvraj and Hazel stole the show right from the beginning as they appeared in the hotel lobby area. Dressed in a black kurta, the 34-year-old cricket star looked dashing along with Hazel, who donned a traditional attire. He was holding her hand and left the guests awestruck. They then greeted the guests with folded hands and left the lobby soon after. 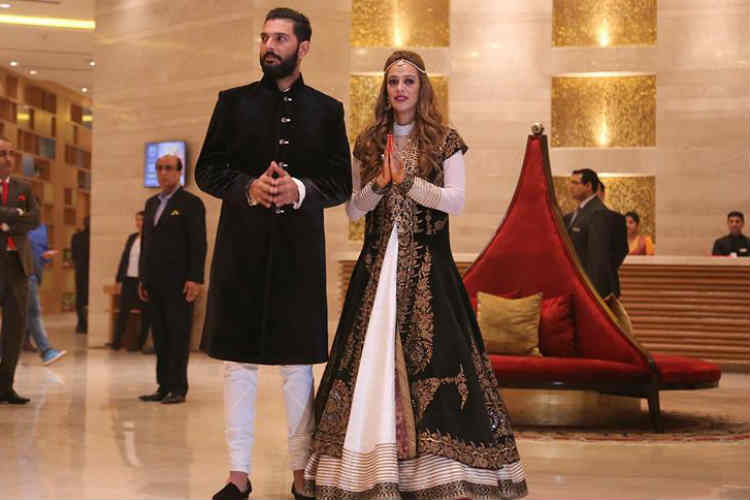 Yuvraj Singh and Hazel Keech greeting the guests in the lobby of the venue.

Yuvraj Singh’s father Yograj too attended the ceremony. The former Test cricketer had said that he would not attend his son’s wedding as it was being solemnised before a religious guru. But, he did attend the sangeet ceremony. 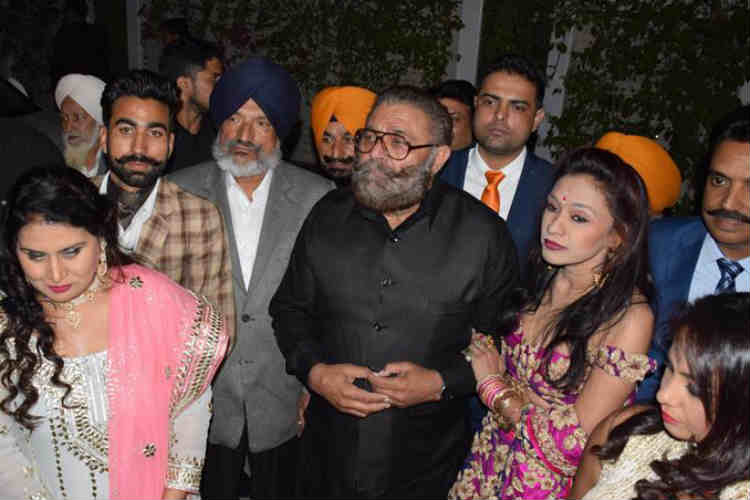 Yograj Singh at the sangeet ceremony of Yuvraj and Hazel.

However, the Team India players enjoyed every moment of the function, especially after a memorable victory in Mohali. Kohli had announced that the team will attend the wedding ceremony of the star couple. Also in attendance were former Indian captain Kapil Dev and Yuvi’s former teammate Mohammad Kaif. 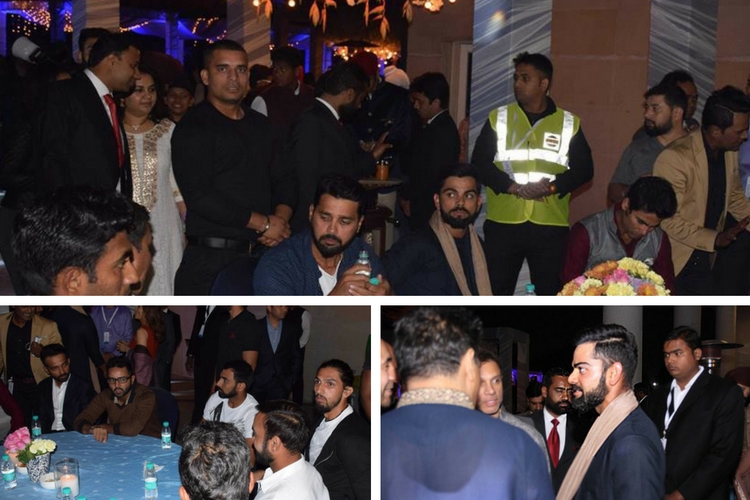 Indian cricket team players chilled out at the party after a tiring day on the field.

Kohli also showed his dancing skills as he tapped his feet on a Punjabi song. Here’s a sneak peek into the Indian Test skipper’s performance off the field. We are sure that everyone at the party had a memorable evening.