With few hours to go for Yuvraj Singh and his longtime girlfriend Hazel Keech to become a married couple. The marriage festivities already began on Tuesday with the duo scheduled to tie the knot at a gurudwara on Wednesday. Here are five things you should know about the grand wedding. On Tuesday, they organised a grand sangeet ceremony in which Virat Kohli and Team India members made their presence felt.

1. Yuvraj-Hazel Premier League: Yes, we are not joking. The wedding card is themed on Indian Premier League, the annual cricket extravaganza. The designer cards have been created by designers Sandy and Kapil Khurana.

2. Daddy not to attend wedding!: Shocking but true. Yuvi’s father Yograj Singh will not attend his son’s wedding scheduled to be held at a gurudwara in Fatehgarh Sahib. According to a leading newspaper, the former Test cricketer said that he won’t be a part of any wedding solemnised by a guru or religious sect. Yuvraj’s mother Shabnam is a devotee of Baba Ram Singh, a religious guru. 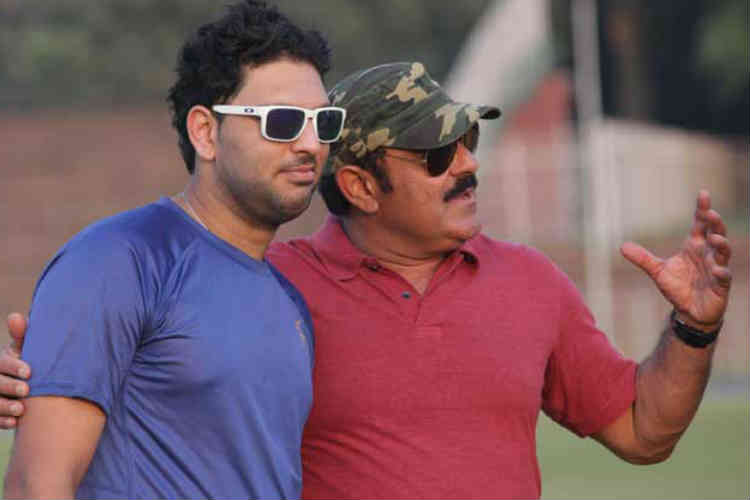 Yuvraj with his father Yograj Singh.

Yuvraj Singh-Hazel Keech marriage: These photos before the big day will leave you awestruck

5. Team India colleagues in attendance: Last but not the least, a cricketer’s wedding is incomplete if his teammates do not attend the gala event. After having defeated England in the third Test at Mohali in just four days, Virat Kohli-led Indian team were present at the couple’s sangeet ceremony in New Delhi. It is expected that his friends will be present on the D-Day too.