This happens to be a classical rag to riches story! The 20-year-old from Aligarh is the newest recruit of the Kolkata Knight Riders. With a base price of Rs 20 lakh, the explosive left-handed opener was lapped up by KKR for Rs 80 lakh. Though it is not the first time that young Singh has been picked up by a franchise because he was bought by the Kings XI Punjab for his base price of Rs 10 lakh in 2017. But what makes his tale intriguing is the fact that he hails from a poor family, where his father earns a livelihood by working as an LPG delivery man. Rinku’s journey to SRK’s team is an achievement of which many aspiring cricketers of his age would be envious of.

ALSO READ: Manzoor Dar: Security guard who became the only Kashmiri cricketer in IPL 2018, opens up on his selection (Interview)

There was a bid-war at the auction table on January 28 over Rinku as Mumbai Indians and Kolkata Knight Riders tussled it out to get the all-rounder on board. Rinku started playing cricket way back in 2009 and in the subsequent three years, he made it to the Uttar Pradesh U-16  as well as the U-19 squad. 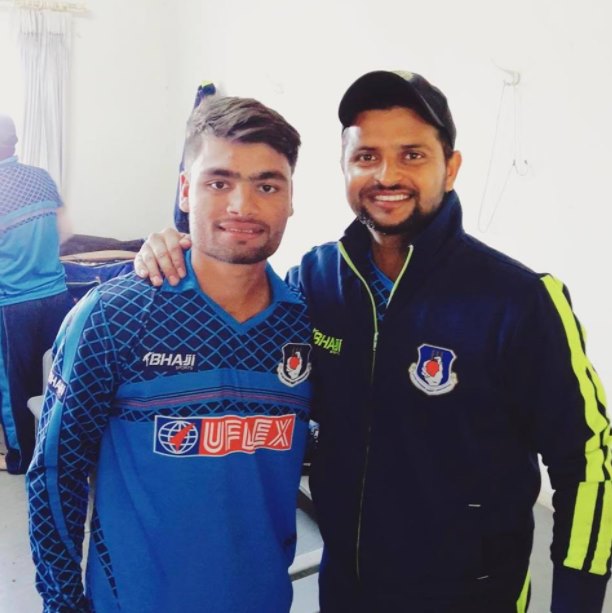 With his idol Suresh Raina

He shot to fame when he smashed 154 runs in a match at Agra, drawing early attention to his talent. He reinforced his abilities in 2014 during the Vijay Hazare Trophy, where he hit 206 and 154 runs in two matches. He finally made it to the UP Ranji Trophy team in 2016 and recently played in Delhi.

According to TOI, his father Khanchandra Singh said that he had asked his son to stop studying and concentrate on cricket because he had spotted talent in him during his early years. 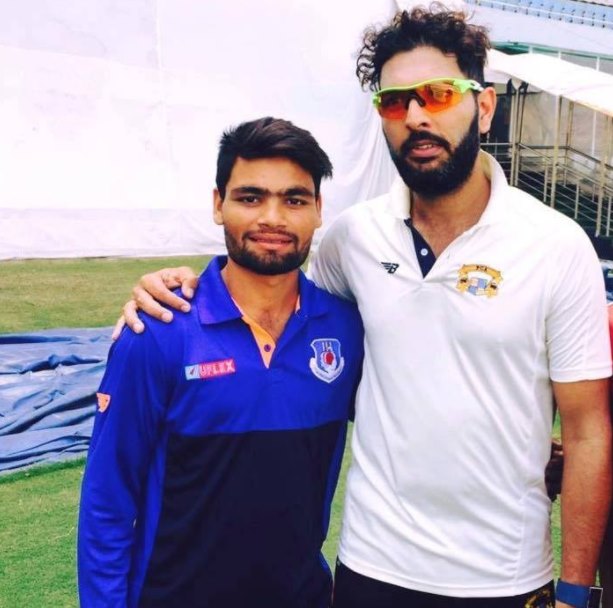 After his selection, KKR tweeted, “Another player who has caught our interest is Rinku Singh. Bidding war with Mumbai Indians to get him”.

Another player who has caught our interest is Rinku Singh. Bidding war with Mumbai Indians to get him. #KnightsOf2018 #KorboLorboJeetbo #IPLAuction