“It is a privilege I would be playing alongside Yuvraj Singh and Chris Gayle in Kings XI Punjab,” says Manzoor Dar, the only Jammu and Kashmir cricketer to be selected for IPL 2018. The 24-year-old from Bandipora spoke exclusively to InUth.com after he was selected for his base price of Rs 20 lakh by Kings XI Punjab.

‘Jack of all trades’, is a phrase that literally sums up the burly looking Kashmiri. He is a security guard, a carpenter, a weightlifter and not to forget he also plays kabaddi, quite surreal, isn’t it? It certainly has not been a smooth sail for the multi-faceted player who says he can clear any ground in the world.

Prior to Manzoor making the IPL cut, only Parvez Rasool from Kashmir’s Bijbehara had played for an IPL franchise in  2013. He has featured for three franchises namely, Pune Warriors, Royal Challengers Bangalore and Sunrisers Hyderabad.

In this interview, Manzoor talks about his surreal IPL selection, his idol and favourite cricketer.

Here are the excerpts of the interview:

Interviewer: What were your expectations from the auctions, did you believe you will be picked?

Manzoor: Before the auctions, I was only thinking about playing for the state, but I was also hopeful that I could get an IPL call-up. Not that I was thinking about it all the time. I was just concerned about improving my game and left the rest to the almighty. 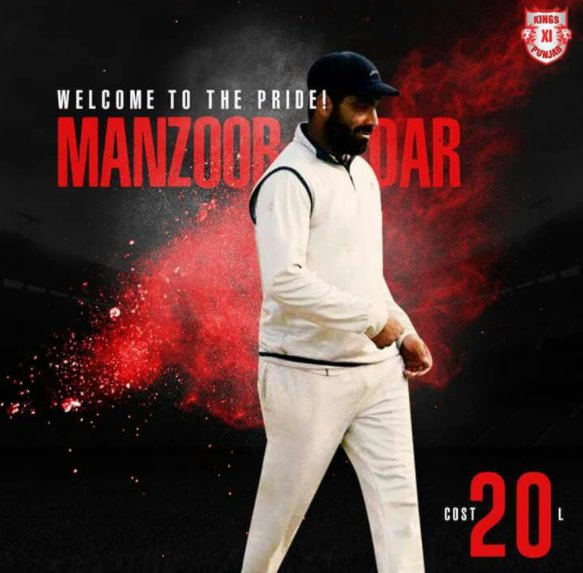 Interviewer: Where were you and your family during the auctions and what was your family’s immediate reaction after hearing the news of your selection?

Manzoor: My family members were at home probably watching the auctions and I was attending my trials that are taking place in Jammu. So I had my mind at the auctions, but when I did not get picked in the initial round, I was disappointed. But then I did not lose hope. Finally, when the news came in that I was picked, I went blank for the first 5 minutes.

Interviewer: Did you meet any of the Punjab scouts prior to the auction, like their mentor Virender Sehwag? If no, how did this happen?

Manzoor: No, I had not met anybody from the Punjab franchise. In fact, I was giving trials for Rajasthan Royals. I really do not know how Punjab picked me. It could be possible that they have seen my videos and also taken into account the fact that I am among the top 15 domestic players with the highest strike rates.

Interviewer: What do you think will be your role in the Punjab outfit?

Manzoor: If I get a chance I would give it my very best so that my team wins. 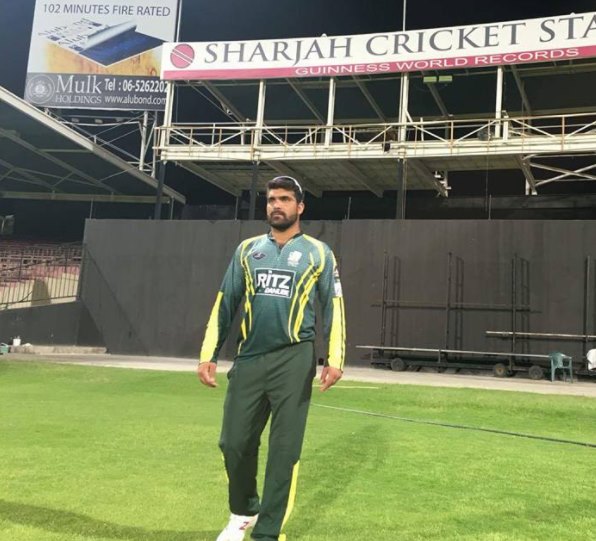 Interviewer: How do you feel about the fact that you would now be sharing the dressing room with Yuvraj Singh and Chris Gayle?

Manzoor: I will get to learn a lot which will help me in the future. I have already played against Yuvraj Singh in the Syed Mushtaq Ali Trophy match between Jammu & Kashmir and Punjab. Also, Yuvraj Singh and Chris Gayle are among my favourite cricketers.

Interviewer: There can only be one favourite cricketer, so who is that?

Manzoor: If you speak of my favourite cricketer, it has to be Kapil Dev. I idolise Kapil Dev and follow his footsteps. I am also a huge fan of Sachin Tendulkar and Virat Kohli.

Interviewer: What is your current mindset now that you have made the historic cut?

Manzoor: I am more eager than before to work even harder. I am working really hard and hopefully will be more than ready before the IPL. 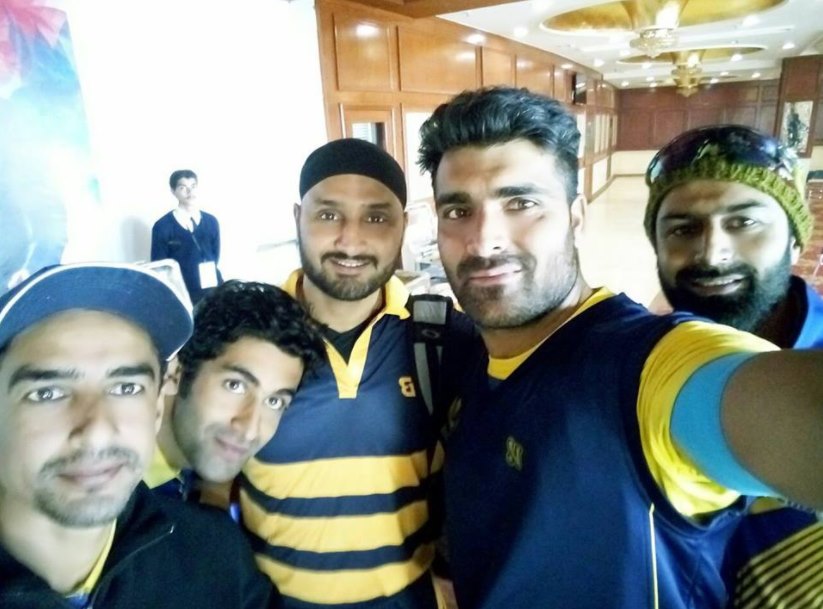 Interviewer: In all probability, you would be playing most of your matches in Mohali, a wicket that helps bounce and pace, where do you fit in?

Manzoor: You see I have grown up playing cricket on pacy and bouncy tracks because that is what we get here in Kashmir valley. So I think my game would be better suited for Mohali.

Interviewer: Who do you think will be designated as captain of the Punjab franchise?

Manzoor: That is purely a management call, that is certainly not my lookout. My job is to give my best for the side as and when I am asked to. 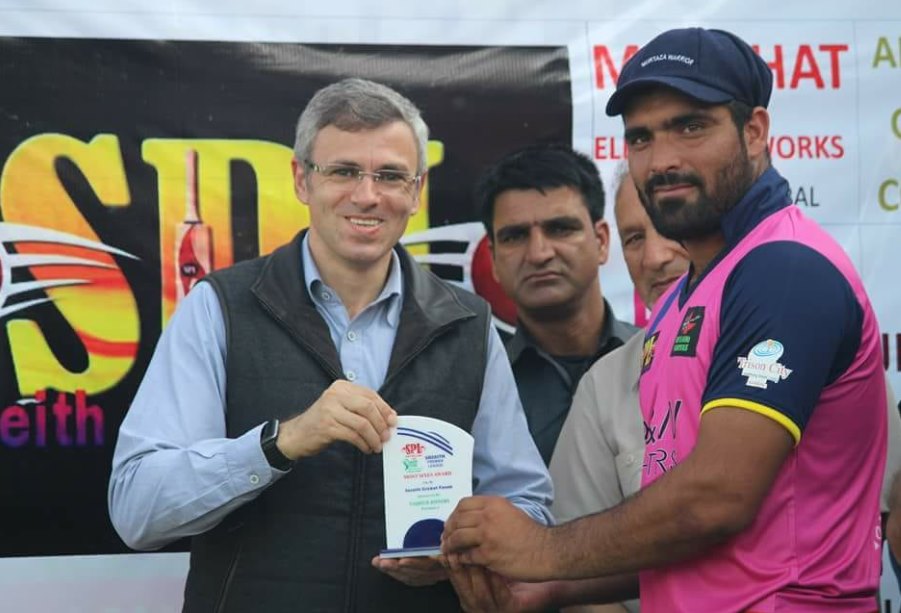 Interviewer: Do you think your feat will inspire more Kashmiri’s to take up the sport and maybe make it to the IPL?

Manzoor: I am sure they will take to the sport but it is hard work that will finally outshine everything else.

Author’s Take: Considering Manzoor’s tough background, it is heartwarming to see him get an IPL call-up. It is very difficult for him to get a game, because Yuvraj Singh, who could be the captain plays as a finisher, somebody who can provide the finishing kick. The southpaw also doubles up as a valuable spinner. But if Manzoor gets a game he would be more than ready.

Note: The pictures have been taken from his Facebook site.