Being the only player retained by the Kings XI Punjab (KXIP) for this season, Axar Patel knows how to justify his role in the team. Hence, it’s necessary for him to focus on his fitness. And to do so, the spinner from Gujarat hit the gym this morning and found a new partner for his fitness sessions — the co-owner of his team, Preity Zinta.

However, according to several media reports, Axar has confirmed that he won’t be available for the next home game against Sunrisers Hyderabad (SRH) due to a left thigh strain. Nonetheless, he hit the gym to keep his fitness in check and recover from his strain as quickly as possible. After meeting Preity, he shared a picture on Instagram with the post saying that he had found a ‘new partner for today’s gym session’.

Well, this picture was enough a reason for his cricketer friends to pull his leg. Mandeep Singh, who is currently playing for the Royal Challengers Bangalore (RCB), posted a comment, asking Axar if he had confused the gym with a beach as he was donning sunglasses.

Well, Axar had a reply for that too! 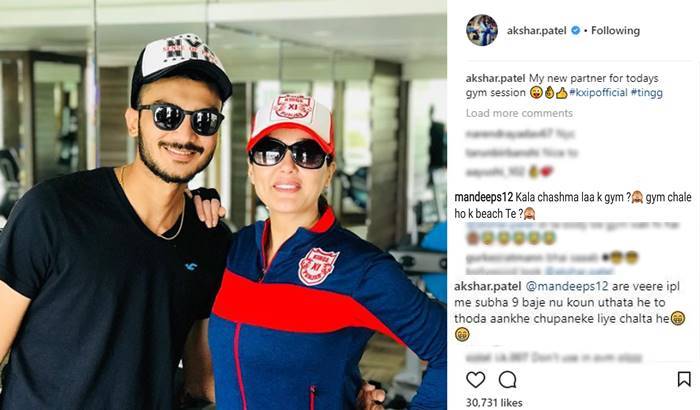 Apart from Mandeep, Gurkeerat Singh Mann (playing for Delhi Daredevils) too replied to this post and praised Axar’s look. 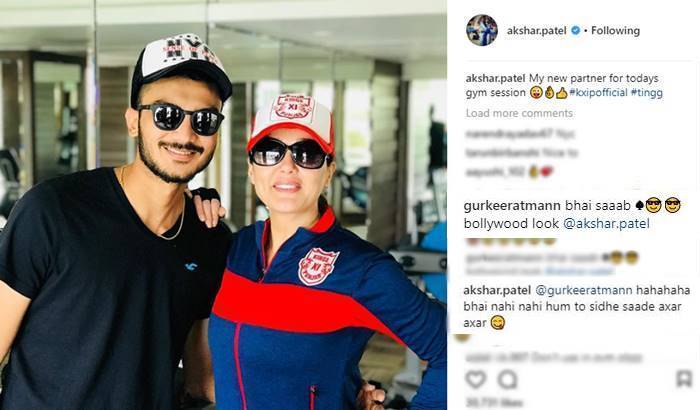 Only time can tell how soon Axar gets back in shape and return to play for KXIP. His team is going to host SRH in Mohali for the game number 19 of the Indian Premier League (IPL) 2018. Hyderabad haven’t lost a single game in this tournament so far and with a strong bowling unit, they are all set to keep the momentum going with a win against Punjab tonight.