Rahul Dravid has 24,208 runs in international cricket including 36 Test centuries and 12 ODI centuries. Dravid never featured in the World Cup winning squad or lifted an Indian Premier League (IPL) trophy but always stayed a true gentleman both on and off the field. Whether his 180 in 2001 Test win as compared to VVS Laxman’s 281 or his 153 against New Zealand against Sachin Tendulkar’s 186, Dravid’s big innings were overlapped by other greats. But cricketing minds and analysts know the importance of his every inning and how he remained an underrated Indian cricketer for years.

Dravid rarely lost his cool on the field. Commentator Harsha Bhogle describes Dravid’s batting stance beautifully. He said, “Is there a more calming sight in the world than Rahul Dravid taking guard?”. Former Australian cricketer Mathew Hayden too made a remarkable comment on Dravid. Hayden said, “All these things around is not called aggression. If you really want to see aggression look into Dravid’s eyes”.

Describing everything about Dravid will take a lot of more time (maybe till his next birthday) and a lot more web pages (maybe a digital novel). So we bring you 6 instances where Dravid won everyone’s hearts with his gestures off the field:

The one with Dravid ditching fancy cars to travel in autorickshaw
While star cricketers like to travel in flashy cars and private jets, Dravid likes to keep it simple. He was spotted travelling in an autorickshaw last year and the photo went viral on the internet. To top it all, it was not a one-time thing; Dravid often travels via local transport. Rumour has it, he was even spotted travelling on a local bus. 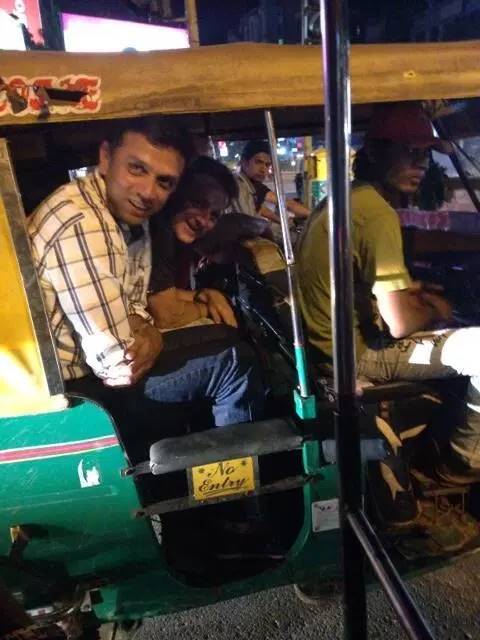 The one where Dravid waited in the queue like everyone else
This one is the most recent photograph. Dravid was spotted standing in the queue during a science fair just like a common man. According to a faculty member of the school, Dravid did not ask for any VIP treatment. 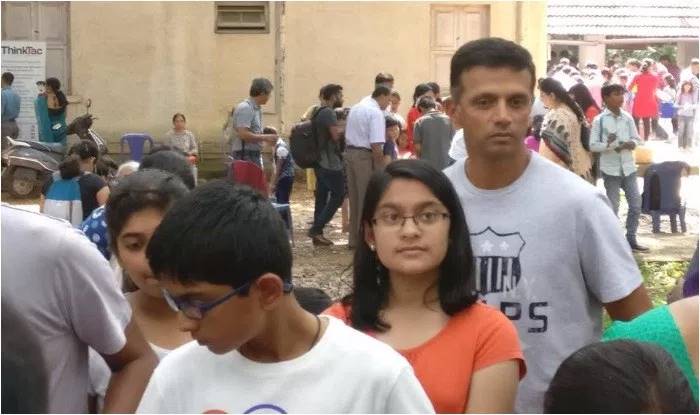 The one where Dravid refused an honorary degree
Dravid declined a Bangalore University Honours degree. He said that he would like to earn the doctorate by accomplishing some academic research.

The one where Dravid skyped with a terminally ill fan (suffering from cancer)
In a Quora thread, one user shared a story where his friend, who was suffering from cancer and was on his deathbed, expressed his desire to meet Dravid. The former Indian captain could not meet him in person but video-chatted with him via Skype. He even apologised to him for not meeting personally. That’s rare, very rare!

The one where Dravid gave up high-paying Delhi Daredevils’ job to coach India Under-19 team
Dravid mentored DD squad in IPL 2017 which almost managed to qualify for the playoffs. According to BCCI’s new rules and regulations, Dravid could either coach DD or India A and Under-19 teams. It was quite obvious that Dravid would choose the latter.

The one where Dravid said “he’s more failure than success”

Back in my time, a half century was considered a good score. Across formats, I batted 604 times for India. I didn’t cross 50 runs 410 times out of those innings. I failed a lot more times than I succeeded. I’m more a failure than a success, So, I’m quite qualified to talk about failure.

There is a reason why Dravid is respected by almost every cricketer around the world. He is currently coaching Indian Under-19 team who will kick-start their Under-19 World Cup campaign on January 14. All we can do is wish them luck because we know Dravid has been grooming them for the past couple of years.