The ongoing standoff between the administration and the students at Jawaharlal Nehru University (JNU) over compulsory attendance refuses to die down as Delhi Police on Saturday registered an FIR against two students. The FIR was filed after students surrounded the administration block and restricted two senior officials from leaving the premises for hours.

Miffed over not being able to meet Vice-Chancellor M Jagadeesh Kumar, hundreds of students led by JNU students’ union, gathered outside the administration block to protest against the imposition of compulsory attendance, reports NDTV. 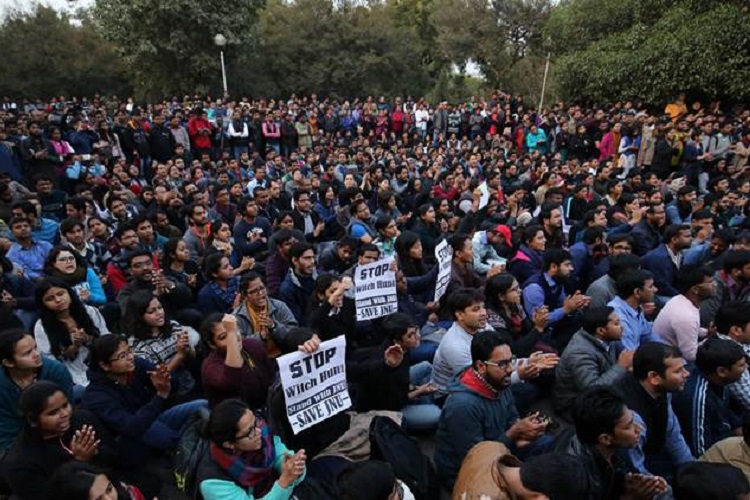 What is the issue all about?

Last year, the administration came up with the proposal of introducing 75 percent compulsory attendance from the subsequent academic year. Students of all part-time courses which includes BA, MA, MTech, PG Diploma, MPhil and PhD, would have to meet the minimum attendance requirement to qualify for the end-semester of their respective courses. It also said that relaxation (60 percent attendance) will be given to students absent on valid medical grounds.
The proposal met with strong criticism from both teachers as well as students who termed it a “unilateral decision taken by the Vice-Chancellor”.

Earlier this month, a circular was issued regarding the attendance new criteria.

Here is what it said: 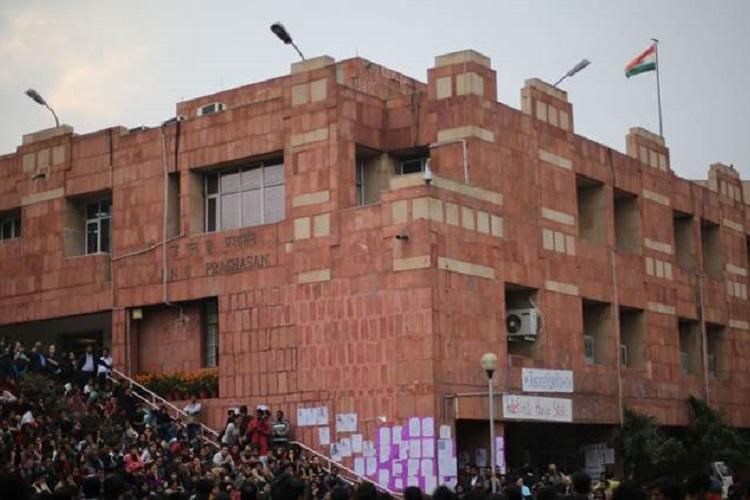 So why are students protesting?

Students organisations say that imposing mandatory attendance is unreasonable, irrational and undemocratic. They have maintained that they are not against attending classes but against its forced implementation. They also accused the Vice-Chancellor of clamping down on academic freedom by arbitrarily bringing such an order without consulting other official bodies. JNUSU president Geeta Kumar says that the attendance criteria will affect MPhil and PhD students who are primarily into research as such courses do not have formal classes on a regular basis.

Many teachers also came out in support of the students with the JNUTA calling it ‘unproductive’ and ‘meaningless’ form of bureaucratic work for teachers.

Have the classes been affected?

The protests have led to the disruption of classes as students organisations have called for a boycott. However, many teachers are conducting classes outside classrooms.

@mamidala90 @IndianExpress so this how serious we are abt our education as well as our struggle. This is the zeal we work with. Wont let govt. & people like our VC destroy higher education and future of youth in the country. @PMOIndia @kavita_krishnan @kawalpreetdu pic.twitter.com/741pj3BDiN

Surprisingly, the RSS’ youth wing Akhil Bharatiya Vidyarthi Parishad (AVBP) which is always at loggerheads with the left-backed unions, also protested against the mandatory attendance rule.

ABVP registered it’s protest against the insensitive and autocratic administration by burning the circulars which have been issued to threaten the students in recent times. We want a complete roll back of compulsory attendence.
#RollBackAttendence pic.twitter.com/EJvr4kVWsf

How is it done in other premier educational institutions of Delhi?

In Delhi University, the minimum attendance requirement is 66 percent for undergraduate level. However, for research courses, there is no such requirement. In Jamia Milia Islamia, it is 75 percent while for Ambedkar University, it varies every year. At Indian Institute of Technology, Delhi, it is the teachers who decide attendance for classes.

What are the authorities saying now?

This morning both rectors met the agitating students and promised them to arrange a meeting provided they do not continue to violate the HC order and go back to their classes. It fell on deaf years and you see how they behave. pic.twitter.com/6oz0S5ZDyA

The students, on the other hand, denied the allegations and maintained that their only demand was to meet the Vice-Chancellor.