Tamil film actor Thala Ajith is celebrating his 46th birthday on May 1, 2017. The actor, who had debuted with 1993 Telugu film Prema Pusthakam has so far done more than 50 films in his 24-year-long acting career. The Tamil superstar is also a Formula Two driving racer, who had participated in the 2004 British Formula season. Ajith is also the only Indian film actor with a valid license as a commercial pilot.

It’s widely known that the teaser of Ajith’s Vivegam is slated to release on the actor’s birthday. The film will see the Billa actor donning the role of a sniper for the first time in his career.

While the Thala fans are waiting with bated breath for the teaser of the Vivegam, the fans of another Tamil superstar Ilayathalapathy Vijay are making wrong headlines for their actor with a nasty trend on micro-blogging site Twitter. 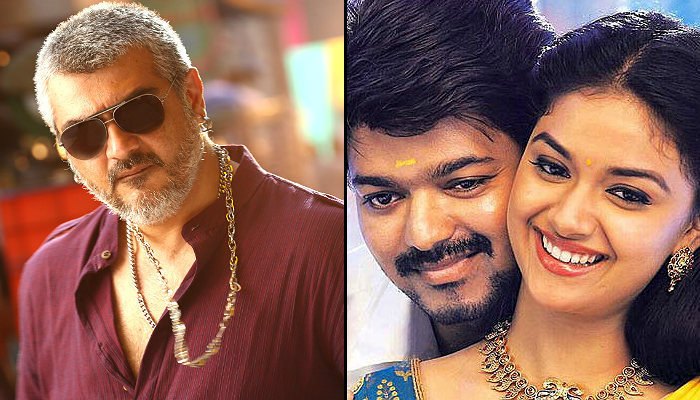 Ajith in Vedalam, Vijay in Bairavaa

Thala Ajith fans and Ilyathalapathy Vijay fans are touted to be the worst star fans in the universe. Fans from both the sides fight over Twitter with ugly hashtags and this is just one example. While Thala Ajith fans wait for Vijay’s birthday (June 22) to trend such hashtags, Ilayathalapathy fans do the same during the birthday of Ajith.

Unfortunately, it’s the turn of Vijay fans as the star fans have started trending #TransgenderAjithBdayIn5Days on Twitter. Well, this is not enough. A few section of Ilyathalapathy fans turned to an all-time low level with nasty trends like #GayAjith, #TransgenderAjith, #BastardAjith, #ShemaleAjith and the list goes on.

Check out the few tweets posted by the Vijay fans: 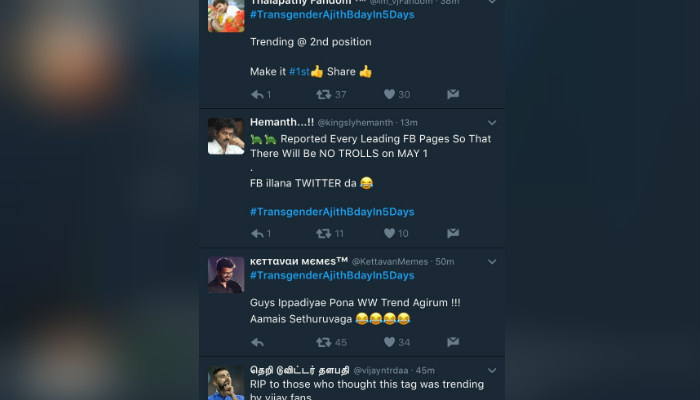