A controversial Hindutva leader, who is facing arrest, mysteriously goes missing. As a result there is protest across the city. A day later, he is found in a ‘semi-conscious’ state in a park from where he is taken to a hospital. Hours later, he comes out with an ’emotional’ press conference in which he accuses the police of planning to kill him.

On Monday, a Rajasthan Police team had come to Ahmedabad to arrest him in a 16-year-old case regarding unlawful assembly at a public rally in Sawai Madhopur district. 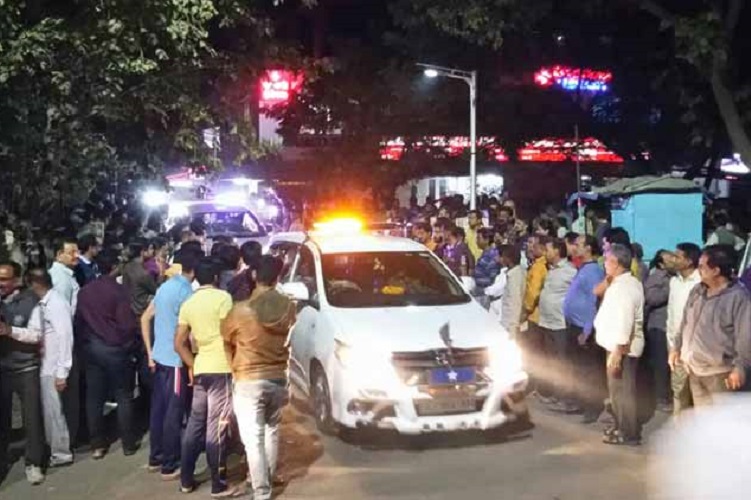 Togadia, who enjoys Z plus security, had gone missing from VHP headquarters in the Paldi area in Ahmedabad after a Rajasthan Police team had come to arrest him. The news was confirmed by Gujarat Police leading to several VHP activists taking to the streets and staging protests in many parts of the city.

Rajasthan Police, on the other hand, denied having any information about Togadia and said that they were unable to arrest him.

On Tuesday, Togadia was spotted at Kotarpur in a ‘semi-conscious’ state, close to the Ahmedabad airport from where he was taken to a private hospital in Shahibaug. The 61-year-old leader, who is an oncologist by profession was treated for hypoglycemia. According to the doctors, his condition stabilised after he was given treatment, reports The Times of India.

I am being targeted for a decade old case, there is an attempt to suppress my voice. Rajasthan Police team came to arrest me. Someone told me plan was being made to kill me in an encounter:Pravin Togadia pic.twitter.com/omxUdvS6B9

Hours later, Togadia gave a press conference in which he ‘broke down’. He said that the police were planning to kill him in an encounter in order to suppress his voice.

“A man came to my house and told me that police has left for my encounter. I immediately switched off my phone so that my location could not be traced.  There is an attempt to suppress my voice,” he said.

He also added that he has no complaints either with the Gujarat Police or with the Rajasthan Police.