Christie’s, a British company is coming up with an auction of the personal belongings of late physicist-author Stephen Hawking in London.

According to AP, the upcoming auction would exhibit possesions like scientific papers, one of his iconic wheelchairs and a script from the American animated show The Simpsons.

The online sale announced on Monday by the auctioneer features 22 items. It also includes one of the five existing copies of Hawking’s 117-page doctoral thesis titled Properties of Expanding Universes. The 1965 Cambridge University thesis is estimated to carry a price of  100,000 pounds to 150,000 pounds ($130,000 to $195,000). The dissertation was signed by Hawking in a shaky handwriting due to his illness. It serves as a key document in the physicist’s scientific evolution and also provides a glimpse into his personal story, remarked  Thomas Venning, head of Christie’s books.

Christie’s is honoured to present a remarkable selection of personal items from the estate of #StephenHawking https://t.co/GK0ybPXmNO pic.twitter.com/LwTWD3ToXi

The sale also includes a motorized red and maroon leather wheelchair used by the British physicist from the late 1980s to the mid-1990s. According to Christie’s, it is the earliest surviving wheelchair used by Hawking. The physicist was diagnosed with ALS (amyotrophic lateral sclerosis), a motor neuron disease at 21 which gradually paralyzed him over the decades. His movement was facilitated by multiple high-tech wheelchairs.

Other items include few awards and scientific papers including Spectrum of Wormholes and Fundamental Breakdown of Physics in Gravitational Collapse. The papers “trace the development of his thought–This brilliant, electrifying intelligence,” said Venning. 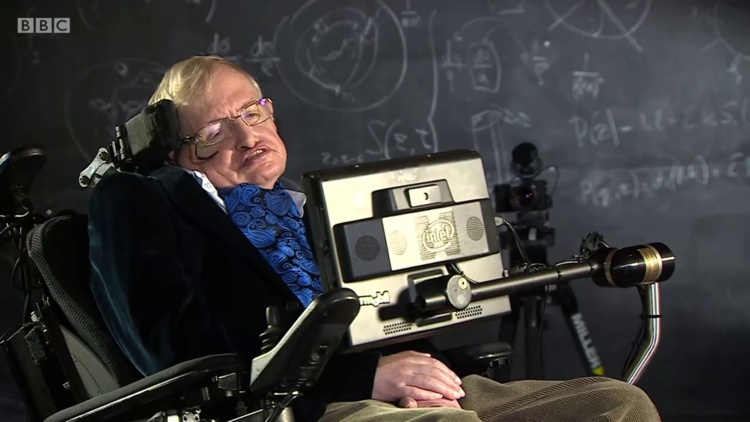 Hawking was aware of his celebrity status and also appeared several times on the American animated show The Simpsons. A script in which the theorist made an appearance is also up for sale. Other items include a thumbprint signed copy of his 1988 work A Brief History of Time and a personalized bomber jacket that he wore during a 2016 documentary. The book explains concepts like black holes, the Big Bang and gravity in simple intelligible language, making it one of the most iconic modern astrophysics works.

The items are part of an online sale which includes papers by Isaac Newton, Charles Darwin and Albert Einstein. The items will be on display in London from Oct 30. The auction is open for bids between Oct 31 and Nov 8.

Hawking died in March 2018, at the age of 76. In addition to his contribution as a scientist, he also was known for his wit and humour.