The Central Information Commission (CIC) has asked authorities to make public the court statement of right-wing Hindu extremist Nathuram Godse, the assassin of icon of India’s independence Mahatama Gandhi. According to news reports, the head of the CIC, Shridhar Acharyulu, ordered the National Archives of India (NAI) to put up a copy of Godse’s court statement on its website.

“One may disagree with Godse and his co-accused but we cannot refuse disclosure or circulation of his opinion.”

The top information commissioner also said in his order, “At the same time, neither Nathuram Godse nor the holder of his theme or opinion can go to the extent of killing a person whose philosophy he cannot agree with.”

The petitioner had reportedly first approached the Delhi Police seeking the historic court statement, but his application was forwarded to the NAI. At the NAI, the petitioner was reportedly told to go through the historic records to retrieve the information by himself. He eventually approached the top information commissioner who ordered the the national records-keeping body to fix him up with the required information.

News reports also quoted the CIC as saying, “The commission also directs the NAI to place the index of records available now with it about the assassination of Mahatma Gandhi on its official website along with the procedure to gain access, and recommends development of an archive to include present digitised records and collect as many as possible from various sources to be part of their disclosures under Section 4(1)(b).” 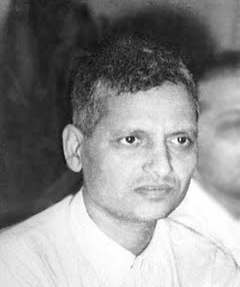 Public discussion about Nathuram Godse has been a sensitive topic for India’s Right, as several historic records indicate that he was supporter of right-wing volunteer outfit Rashtriya Swayamsewak Sangh(RSS). While the current right-wing leadership of Prime Minister Narendra Modi has disowned Godse’s controversial legacy, there are sections of the right-wing fringe who have time and again made statements that have hinted support for Godse’s political views. A right-wing outfit, Akhil Bharatiya Hindu Mahasabha, in December 2014 announced that it would build a temple dedicated to Nathuram Godse in Meerut in Uttar Pradesh.