A data collection report published in December last year said that there are nearly six lakh cases which are pending for more than a decade in various high courts of India. With more than one lakh litigations, Bombay High Court tops the list.

In such a scenario, when Bombay high court has to deal with entitled husbands who have to be told that they need not be mothered by their wives all the time, it does prompt empathy. In a ruling to reiterate that one shouldn’t go by the prescribed gender stereotypes, the court declared that ‘not taking care of a husband’s needs or failing to even offer him water when he returns home late from work does not amount to cruelty,’ reports The Times of India.

And guess why the court had to say this to a man? Because he had actually filed for a divorce on the grounds of ‘cruelty’ as she didn’t look after his needs. 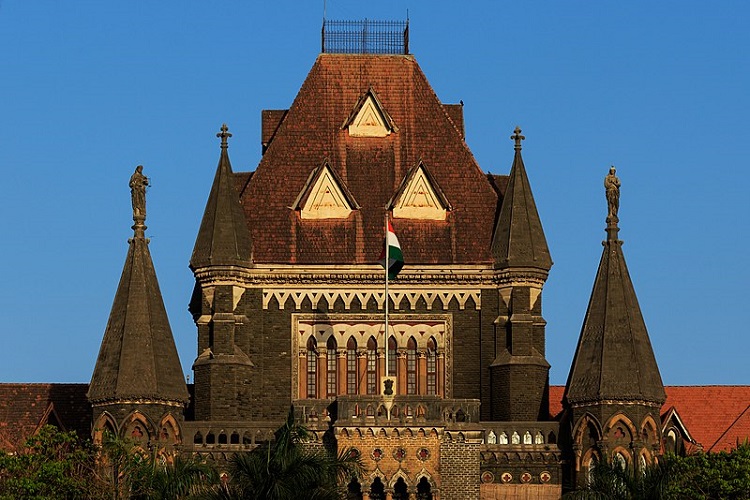 This bizarre case is about a 52-year-old Mumbai resident who filed for divorce from his 40-year-old wife whom he had married in 2005. In his complaint, he has said that his wife doesn’t look after his needs, and doesn’t fetch him water when he returns from work. He also mentioned that his wife used to fight with his old parents and wouldn’t cook ‘tasty food’. The man had moved high court because a family court had dismissed his plea in 2012, reports The Indian Express.

When the high court finally intervened to address his ‘severe problems’, it chose to do so by imparting wisdom as well. HC acknowledged that his wife, who was employed as a teacher, had to balance her official work as well as household chores but dismissed all evidence produced by the man and maintained that whatever she did (or did not do) isn’t a ground for divorce, especially not under ‘cruelty’.

The Mumbai man’s demand for divorce may seem bizarre but are hardly surprising. There have been cases where men have taken the legal route against their wives if they were unable to cook well or were not in good terms with the in-laws.

ALSO READ: Even after SC voids triple talaq, this woman was divorced over phone

Last year, a woman in Lakhimpur, Uttar Pradesh was given triple talaq by her husband because she couldn’t serve beef biryani to a guest, reports Deccan Chronicle.

In 2016, a Supreme Court granted divorce to a man who had complained that his wife refused to live with his parents. The apex court had said that the wife’s desire to leave her in-laws’ home was inspired by ‘western thought’ and amounts to ‘cruelty’. The ruling sparked a major outrage among various gender rights activists who termed it ‘regressive’, reports The Hindu.

A society that is deep-rooted in patriarchy as ours and subscribes to age-old gender roles, these cases are hardly shocking anymore. A look at some of the comments on this story substantiate just how deep-rooted misogyny is in our society: 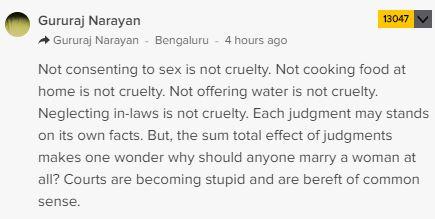 No country for women?