Bihar may not have fared well on various social parameters owing to years of misrule, crony capitalism and rampant corruption as well as a general absence of law and order, but the state still has given a few of the most pioneering individuals who went on to become stalwarts of their fields. Many of us might have heard about eminent personalities like politician Jayapraksh Narayan, the first President of India, Rajendra Prasad, Hindi poet Ramdhari Singh Dinkar and filmmaker Prakash Jha who have gone on to make a mark in the cultural and political history of India. However, there are also several lesser known people hailing from Bihar who continue to make an impact in their own way. Take a look at eight lesser-known people from Bihar who played a major role in shaping Modern India

Take a look at lesser known people from Bihar who played a major role in the shaping of modern India: 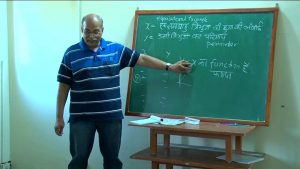 It’s highly unlikely that any science student, especially in north India, has not read or at least heard of his book Concepts of Physics. A former professor at IIT Kanpur, Harish Chandra Verma was born and brought up in Patna. He completed his Masters from IIT Kanpur and was a college topper with CGPA of 9.9 out of 10.0. He later received his doctorate from same institute. While his stint as a lecturer at Patna Science college, he realised that students struggle connecting with Physics book like Resnick/Haliday/Walker due to complex language and different cultural references. Thereafter, he wrote Concept of Physics in a language simple enough to understand, interesting numerical examples and Indian cultural references. The book became very popular among science aspirants and still recommended by teachers to those who wish to crack engineering entrance exams. 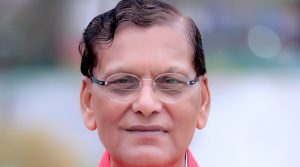 PM Narendra Modi may have initiated Swaccha Bharat Abhiyaan two years ago, but Dr Pathak has been working for cleanliness and sanitation for the last 44 years. Born in Bihar’s Vaishali district, he completed his Masters and PhD in Sociology from University of Patna in 1985. During his early years, Pathak travelled across length and breadth of India and was deeply affected by the plight of manual scavengers. In 1968, he joined the Bhangi-Mukti (scavengers’ liberation) Cell of the Bihar Gandhi Centenary Celebrations Committee and two years later declared an all out war against manual scavenging and launched Sulabh International. Through this organistaion he introduced a humanitarian way of maintaining sanitation and hygiene. With nearly 50,000 volunteers and its units in 551 districts and 1733 towns of India, Sulabh has gone on to become the largest nonprofit organization in India. 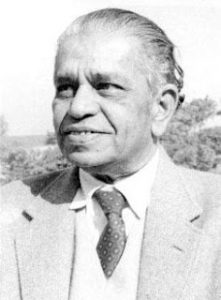 Lakshmi Kant Jha was the eight governor of Reserve Bank of India. Born in Bihar’s Bhagalpur, Jha had an excellent academic record and was educated at BHU, Varanasi, Trinity College, Cambridge University, and London School of Economics, UK. He cracked Indian Civil Services in 1936 and served as Deputy Secretary of the Department of Supply in British India. Post independence, he served as secretary in the Ministries of Industries, Commerce and Finance and secretary to the prime ministers, Lal Bahadur Shastri(1964–66) and Indira Gandhi. It was during his tenure as RBI Governor that 14 major commercial banks were nationalised, National Credit Council was established, gold controls were brought on a statutory basis, deposit insurance was in principle extended to Cooperative banks and the setting up of the Agricultural Credit Board was undertaken. 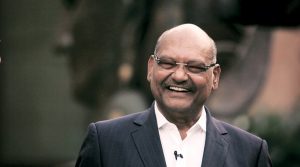 Agarwal is the Chairman and founder of Vedanta Resources Plc, a global diversified metals and mining company operating in India, South Africa, UK, Australia and Ireland. Born and brought up in Patna, Agarwal left his school when he was only 15 and joined his father’s business of making aluminium conductors. In the 1970s, he began trading in scrap metal and later also acquired a company which manufactured enamelled copper. Later, he began investing in ailing public sector mining firms and turned them into a healthy private entity. He acquired 51 per cent shares of Bharat Aluminium Company (BALCO) and state-run HZL in 2001 and 2002 respectively. In 2003, he founded Vedanta Resources Plc which became the first Indian firm to be listed on London Stock Exchange. 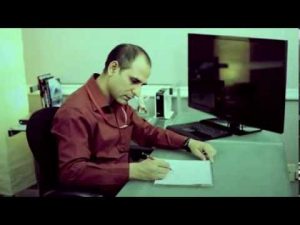 Faizan is credited with developing the Ground Reality Information Processing System (GRIPS) which prevents runway accidents with 100 per cent accuracy. After graduating from Patna University, Faizan did his MCA from Manipal Institute and later studied Embedded System Design at the prestigious Indian Institute of Science, Bangalore. Over the next few years, he worked for DRDO, Satyam Computers, Honeywell and other US projects. He also founded Avembsys Technologies Pvt Ltd, India’s first research centre in aerospace and Avionics & Embedded Systems in Bangalore in 2010. 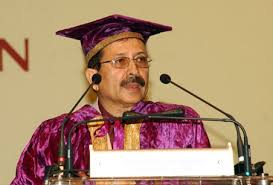 Born in Bihar’s Gaya, Hasnain completed his Bachelors and Masters in Science from Magadh University. He later did his MPhil and PhD from Jawaharlal Nehru University. He went to Texas for Postdoctoral Training and returned to India in 1987. Over the next year, he held several key posts including Staff Scientist at the National Institute of Immunology, First Director of Centre for DNA Fingerprinting and Diagnostics (CDFD), Vice Chancellor at University of Hyderabad and Professor at IIT Delhi. Hasnain’s lab does research on infection biology, molecular pathogenesis of infectious organisms and designing novel intervention strategies. He is the recipient of several honours including Padma Shree and is also an active member of several councils. 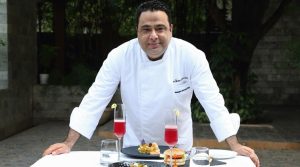 Born and raised in Patna, Mehrotra did hotel management from Institute of Hotel Management, Mumbai in 1996. Later, he worked as the Kitchen Management Trainee for the Taj Group of Hotels. Thereafter, he joined Old World Hospitality’s Oriental Octopus and travelled across Asia to train in pan Asian cuisine. Upon his return in 2009, he launched Indian Accent – the result of an intensive nine-year-long culinary journey. His restaurant serves Indian food with global ingredients and techniques with the flavours and traditions of India. He is the recipient of many prestigious awards including HT’s Best Chef of 2010 and American Express Best Chef of the year, 2010.

Subhav is known to develop a personal mobility battery operated vehicle called Personalised Mover – Mitra. Born January 14, 1988, in Patna, Sinha invented this vehicle when he was a student at Delhi Technological University (DTU). The ‘personalised mover’ is capable of carrying a single person which is considered to be useful particularly in airport corridors, institutional campuses and in speciality buildings such as hospitals. It drew immense attention at 2010 Auto Expo in Pragati Maidan.