Days after Delhi Chief Minister Arvind Kejriwal claimed that the post-Diwali pollution levels in Delhi-NCR were the lowest in five years, the air quality has now deteriorated considerably. On November 1, a Central Pollution Control Board (CPCB) official said the AQI entered the “severe plus” or “emergency” category, the first time since January this year. 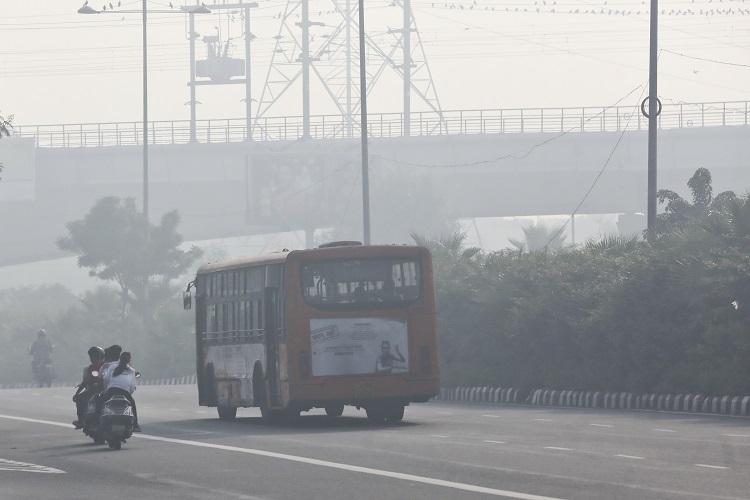 Smog englufs the city as pollution rises in the capital, on Sunday October 13, 2019. Express photo by Abhinav Saha

EPCA Chairperson Bhure Lal wrote to the Chief Secretaries of UP, Haryana and Delhi governments, urging them to take precautionary steps. The committee has also ordered a complete ban on construction till November 5 in Delhi, Noida, Gurgaon, Ghaziabad and Greater Noida. A ban on the bursting of firecrackers during the winter season has also been imposed.

Meanwhile, Delhi Chief Minister Arvind Kejriwal called the city a “gas chamber” and announced that the schools would remain shut till November 5. The state government has bought 50 lakh N95 masks to be given to children in private and government schools.

It is very imp that we protect ourselves from this toxic air. Through pvt & govt schools, we have started distributing 50 lakh masks today

I urge all Delhiites to use them whenever needed pic.twitter.com/MYwRz9euaq

As per reports, stubble burning in Punjab and Haryana and the bursting of firecrackers on Diwali have led to the drop in Delhi’s air quality. NASA’s satellite images show a dramatic increase in the incidents of stubble burning, resulting in 22 of the 37 monitoring stations in Delhi reporting ‘severe’ air quality. 3,105 incidents of farms fires were reported across Punjab on October 28 — a day after Diwali. 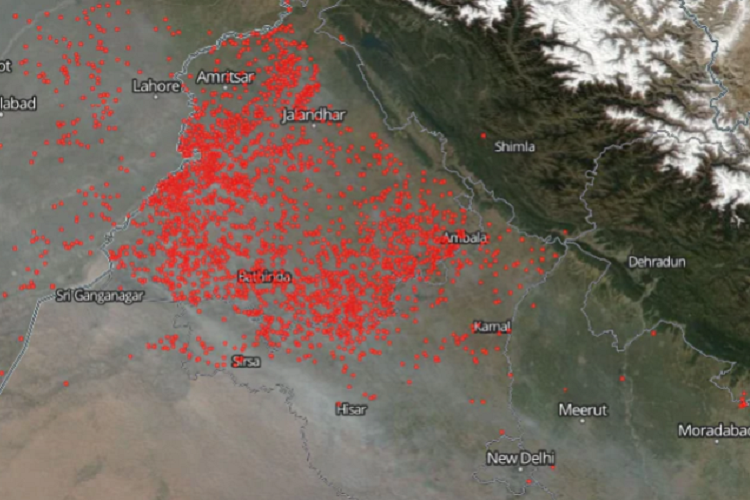 According to the data from Punjab Remote Sensing Centre, over 15,000 active fire events pertaining to stubble burning were recorded in the state between September 23 and October 28 — an 18% increase since 2018.

The worsened air quality can reportedly lead to increased coughing, sneezing, irritation in the throat, respiratory difficulties and eye irritation. With the rise in pollution levels, demand for air purifiers has reportedly also gone up in Delhi NCR.

As the air quality continues to choke the people in Delhi-NCR, many took to social media to share pictures and videos of smog while expressing their outrage against the authorities

All thanks to people who burnt their own lives by burning crackers in the name of Diwali. So, I think they enjoying the most out of it now. #DelhiPollution #DelhiChokes #DelhiAirQuality

The Delhi metropolitan area has one of the highest concentrations of population in the world, and suffocating the people of the area on an annual basis should be treated as a crime against humanity, especially when the cause for such suffocation can be controlled. #DelhiPollution

Living in Delhi is a death penalty Time 04 :40 #DelhiSmog#DelhiPollution pic.twitter.com/i5D2E9c5wQ

This is what I’m breathing. No sunshine, With just beginning of winter life turned hell and hazardous#Delhi #DelhiPollution #AirPollution pic.twitter.com/ZfX7fE54cY