Railway Ministry celebrated its achievements over the last four years at a function in New Delhi on Tuesday. However, for 35-year-old railway peon Shyam Sundar, the celebrations were important for a different reason.

Sundar’s artwork was selected as the cover of the Railway Ministry’s booklet of achievements.

Sundar works as a peon with the East Coast Railway headquarters in Bhubaneswar. His artwork shows Mahatma Gandhi disembarking a train with people greeting him at the gate. 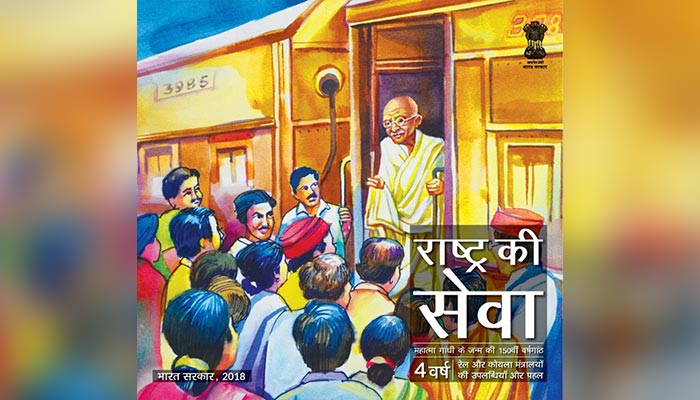 The cover image of the Railway Ministry’s booklet | Source: Ministry of Railways

The booklet with Sundar’s artwork as cover was released by Railway Minister Piyush Goyal at the event.

Discovery of an artist

According to a PTI report, Sundar has been actively participating in the inter-railway competitions held by the ministry. During one of the competitions, Sundar was spotted by a Delhi-based ministry official when he won the top honours at a painting competition.

That’s why Sundar’s participation was given when the ministry announced to highlight its latest project – the commemoration of Mahatma Gandhi’s 150th birth anniversary.

Sundar made several attempts to get a “right” painting. But it was only at his third attempt that the railways accepted his painting.

“In the first one I sent, Gandhiji and the crowd were looking at the camera, so it was not selected. In the second one, Gandhiji’s face was not clear, but I got it right in the third attempt. It was all done and approved in one night because we were working on a tight deadline,” Sundar, a graduate in art and craft from Utkal University of Culture, Bhubaneswar, said.

‘Everyone knows me now’

“I have been working as a peon for the past 10 years and this is my moment!” Sundar, who was felicitated by Goyal during the booklet release function, told PTI. 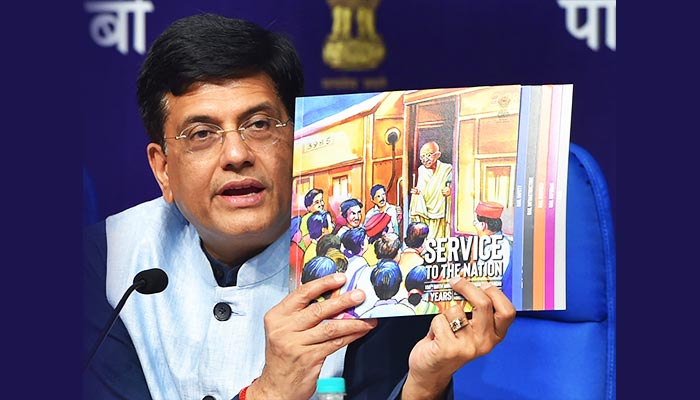 Speaking to The Logical Indian, Sundar, who’s also known as Acharya, said his work is inspired by the “intrinsic” link between railways and Gandhi.

“I like the trains shown in old movies and the fact that Gandhiji and railways are intrinsically associated,” he said.

He also said his fame has now reached the entire railway networks of India.

“Before this, only my colleagues at East coast knew that I am a painter, but now, everyone in the railways knows my skills,”

You can view the railway’s booklet here.