The good men of tennis have decided to come down on ‘errant’ female tennis players it seems. Last week, Serena Williams’ sleek black catsuit-inspired attire (which she wore for health reasons)was banned by French Tennis Federation saying she should ‘respect the game and the place’. Now, French tennis star, Alize Cornet has been handed a court violation for fixing her shirt in the middle of the game.

ALSO READ: Twitter Is Divided Over Luka Modric Winning UEFA Player Of The Year Ahead Of Cristiano Ronaldo

Cornet, while playing against Johanna Larsson in the US open match, realised that she was wearing her t-shirt backwards. And so, the French professional, turned away from the camera to swiftly (within seconds literally!) switch it around. This quickly escalated and the sportswoman was hit with a court violation by Christian Rask, the chair umpire.

#alizecornet I watched the video. It’s basically a tennis player putting her tshirt back on the right way round. We saw her sports bra as she had this underneath. STOP SEXUALISING EVERYTHING A WOMAN DOES. Djokovic half naked bathed in iced water raised not an eyebrow!!!!

This incident, quite expectedly, sparked a ‘why-male-players-are-never -questioned-when-they-sit-shirtless-throughout-the match’ debate in the Twitter universe.

Absolutely disgusting #Alizecornet gets penalty for “code violation” as women aren’t allowed to change their attire on court while men are! Can I point out she didn’t “change” her attire simply took turned the SAME top around! Same rules should apply to men such as #novakdjokovic pic.twitter.com/hL4XYV7YU3 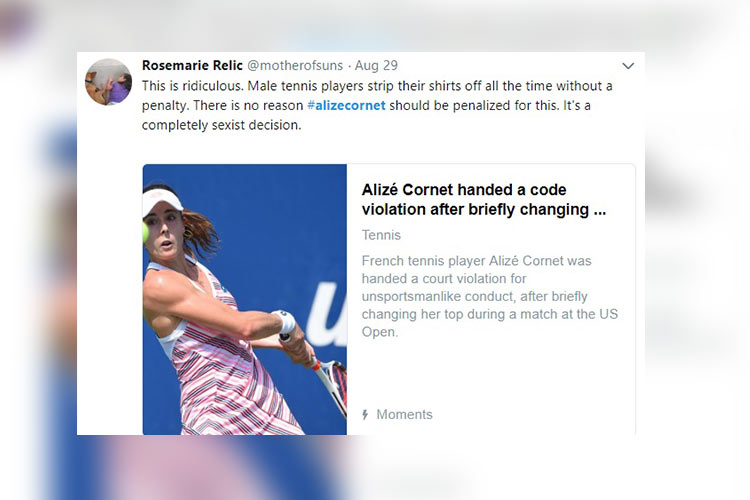 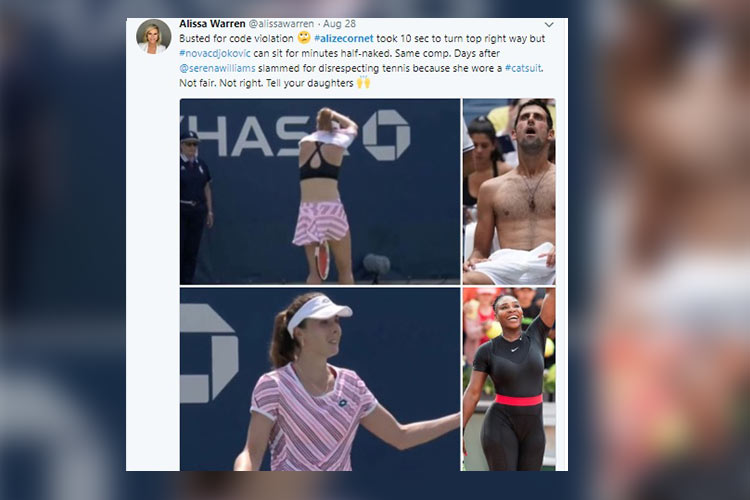 Even though the prizemoney are equal at @usopen, some other rules are far away from equality. #alizecornet 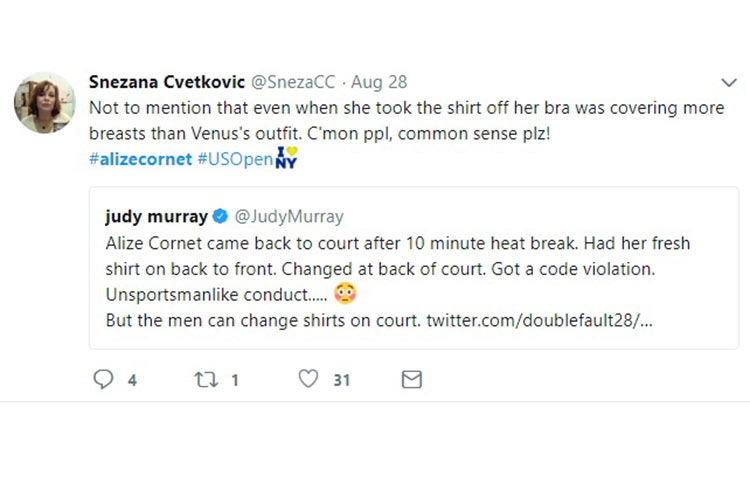 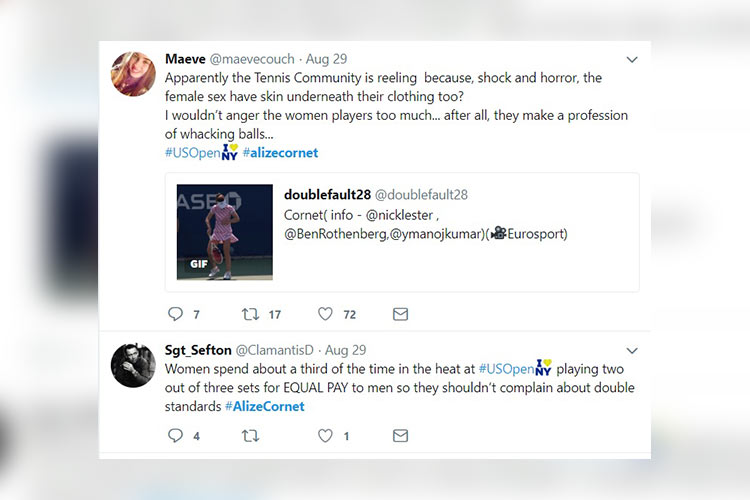 Thanks to the tweets, the United States Tennis Association soon realised the ‘uncalled-for’ situation and immediately took to Twitter to apologise.