Seven puppies were found with their throat slit and stabbed multiple times with a sharp-edged weapon, inside an apartment complex in a posh south-west Delhi locality on Monday. The carcasses were discovered by a female resident of Kargil Apartments, who then approached a member of the Dwarka Animal Lovers’ Society (DALS) staying in the same apartment complex.

In a Facebook post, the woman alleged, “See we human call ourself (sic) so civilised and educated. The case of Kargil apartment sector 18A Dwarka where people were so annoyed with these puppies so (sic) they killed all of them.”

There were seven puppies in all and were apparently found dead in the morning with many cut marks on their body, the post revealed.

Meanwhile, police have registered a case under section 429 of the IPC and section 11L of the Prevention of Animal Cruelty Act. 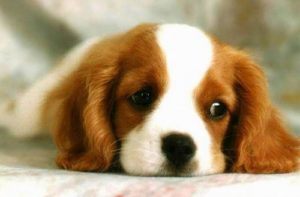 The role of the apartment residents are being probed and the complex’s CCTV footage examined, the Deputy Commissioner of Police (Dwarka) Anto Alphonse told Indian Express. The DALS member Hema Meel claimed the dead puppies were kept “in a pattern” at the service lane next to the community centre.

“Their throats were cut and many stab wounds were inflicted on their body… we called police and the civic body,” she told the daily.