A prominent painter of his times, his art dealt with ordinariness, animals, folk art, and rural India. Born on 11 April 1887 into a moderately prosperous family of landowners in Beliatore village of the Bankura district, West Bengal, he learned the tradition of drawing Classical nudes and painting in oils, which was prevalent in those times. 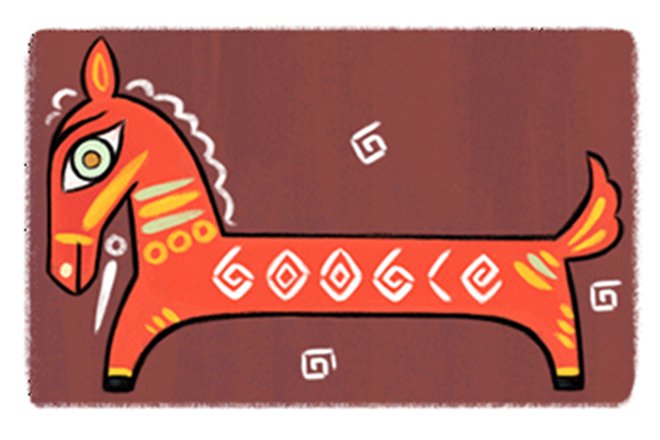 However, it was in his own culture, in living folk and tribal art, that he found his inspiration. The painting Kalighat Pat left a deep mark on his heart and from then on he employed the style of art with bold sweeping brush strokes. He took refuge in East Asian calligraphy, folk arts, and crafts traditions.

In 1934, he was bestowed with a Viceroy’s gold medal in an all India exhibition and it was in 1954 that he was awarded Padma Bhushan, the third highest civilian award, by the Government of India. In 1955, he was made the first Fellow of the Lalit Kala Akademi, the highest honor in the fine arts conferred by the Lalit Kala Akademi, India’s National Academy of Art. In 1976, the Archaeological Survey of India, Ministry of Culture, Govt. of India declared his works among the “Nine Masters” whose work, to be henceforth considered “to be art treasures, having regard to their artistic and aesthetic value”.

Here’s a look at his most prominent paintings:

Spread across 17 canvases (106 × 76 cm, each) Roy’s Ramayana is considered to be his magnum opus. Patronized by Sarada Charan Das, Roy created this masterpiece series in Kalighat Pat style with natural colors, using earth, chalk powder and vegetable colors instead of dyes. 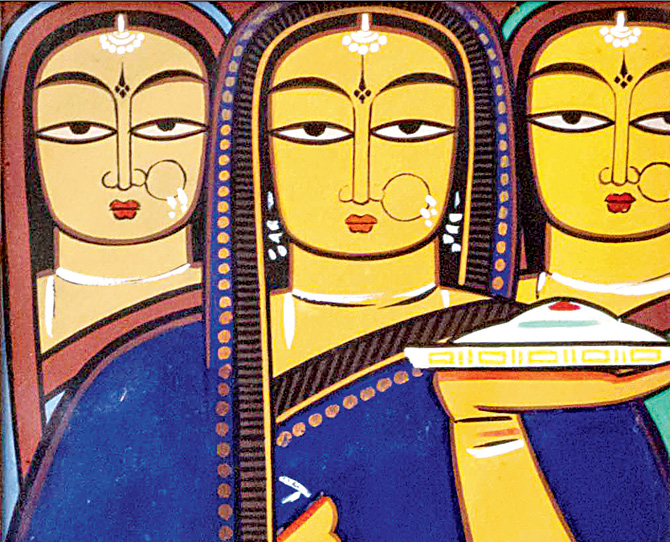 Made in 1952, it is another famous art by Roy. Coates described the painting: “Note the magnificent indigo of Bengal, and how the palms of the bride’s hands are smeared with red sandal paste. Jamini Roy’s choice of colors looks at first sight purely decorative. In fact, nearly everything in his pictures has a reason and a meaning.” 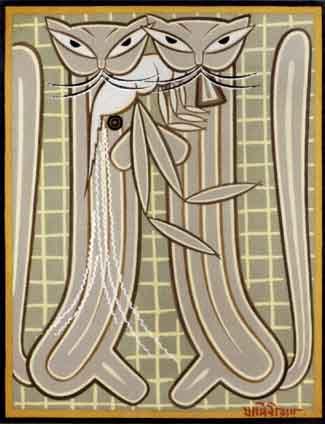 Described as a new style art, Dual Cats with One Crayfish is restrained with the number of colors and possesses an overwhelming sense of formality. 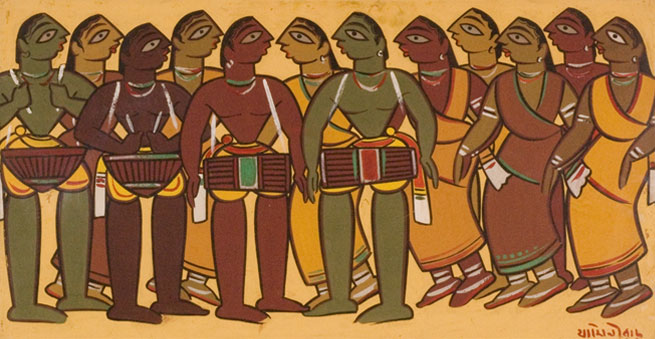 Santhal dance is one of the most famous tribal dances of India. Roy began his first period of experimentation with the Santhal dance as his starting point. 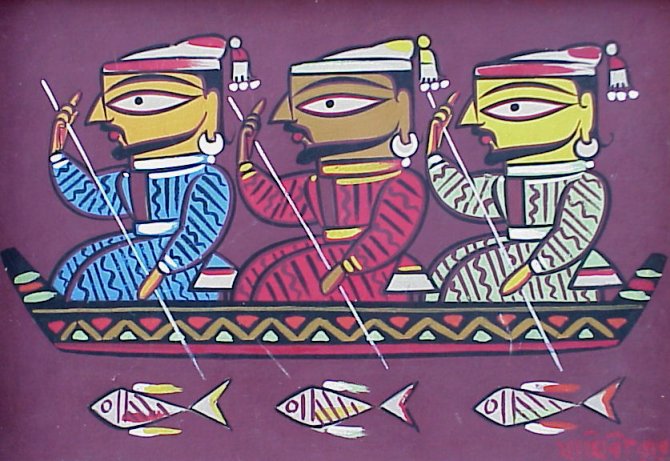 Art Gallery NSW described ‘Three Men in Boat’ as a classic masterpiece for its “richness in robust immediacy, vibrant colors, and daring simplicity of form”. 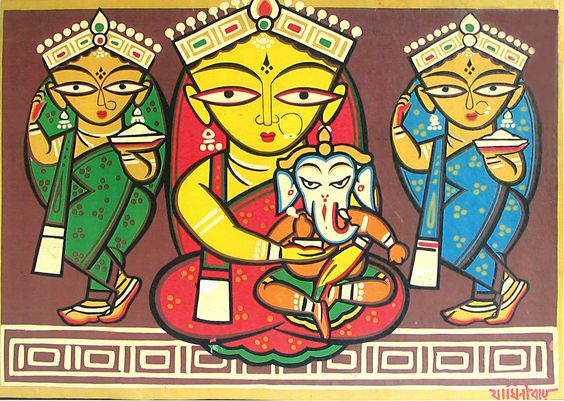 Jamini Roy’s post-impressionist phase took many viewers by surprise. ‘Goddess Durga with Lakshmi, Saraswati, and Ganesha’ kept with the folk traditions but missed in his characteristic pata brush strokes. 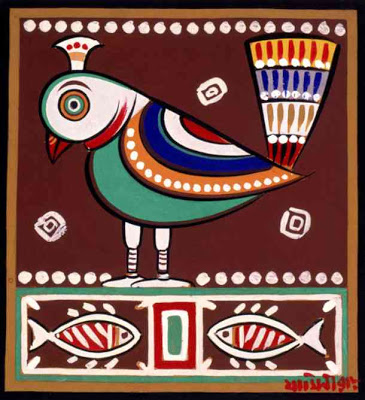 Jamini Roy experimented with animal art after his early experiences with Santhal art. 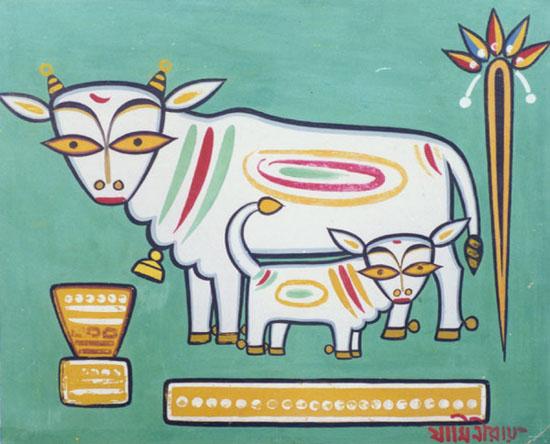 And his most prominent animal painting is ‘Cat with a Kitten’. 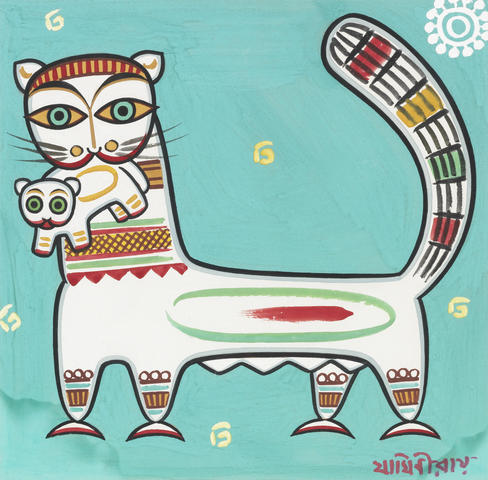