Bacardi NH7 Weekender is back with its seventh edition, but this year no show for Delhi and Bangalore. This time, the festival is heading to Shillong, Hyderabad and Pune along with a few mini editions across other cities. In case you can’t make to the festival grounds, Fans in other cities have a reason to rejoice too. The festival will soon introduce its special edition — BACARDÍ NH7 Weekender Express to Kolkata, Jaipur, Pondicherry, Nagpur and Mysore.

ALSO READ: Got your Coldplay concert tickets? Well you have a second chance

Complete with the Bacardi Arena and an array of breakthrough artistes, the one-day edition will give fans a preview of what the Bacardi NH7 Weekender experience is like. The festival also has plans for several build-up gigs across popular venues in the country. 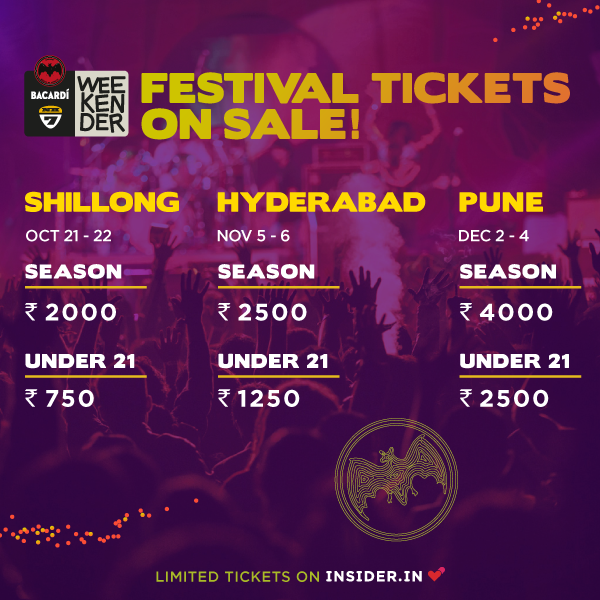 Check out NH7 Weekender 2016 Lineup below: 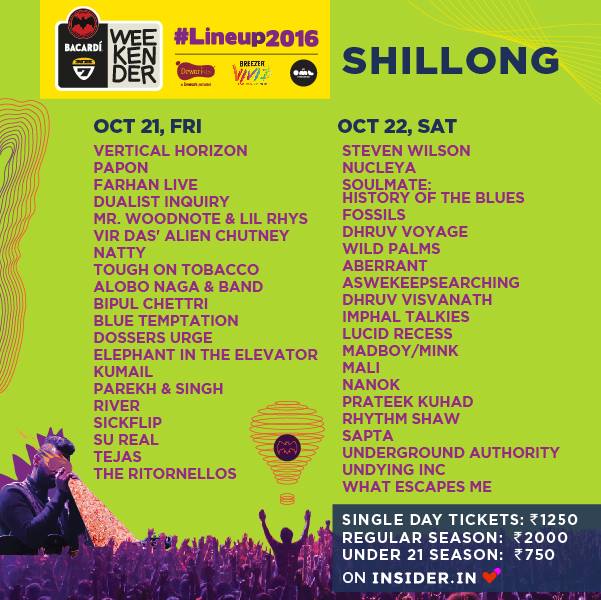 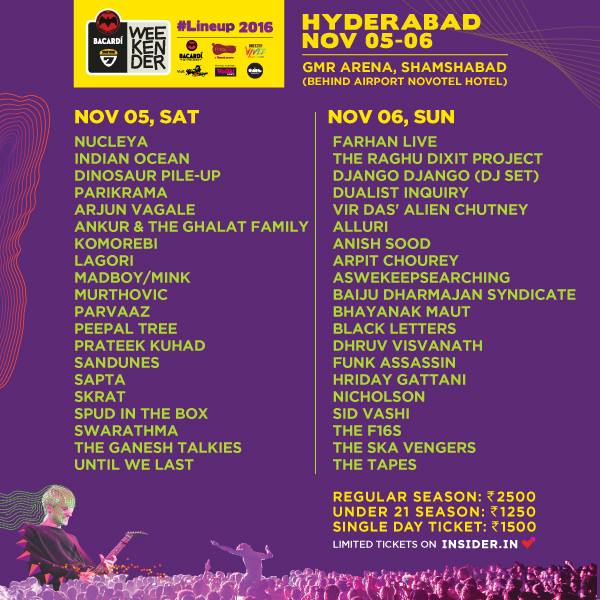 The 2015 edition witnessed performances by some of the most acclaimed international headliners and stellar names from the Indian music scene, including A. R. Rahman, Mark Ronson, Megadeth, The Raghu Dixit Project, NUCLEYA and Bhayanak Maut.